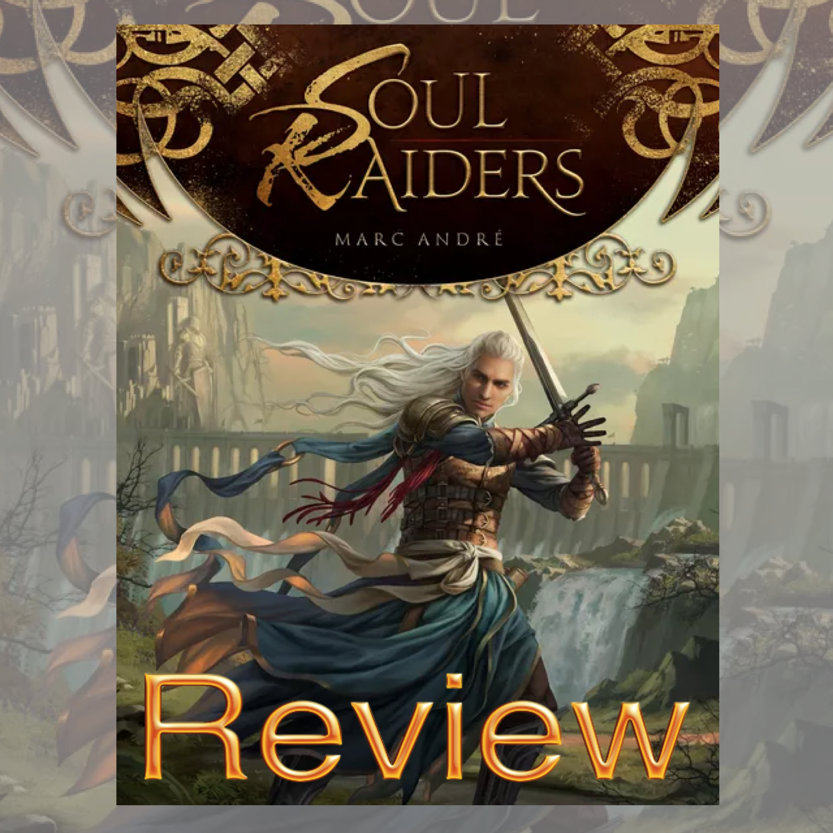 here are my first impressions soul attacker ️ From One for All, which is currently on Kickstarter and has about 48 hours left. ending Friday, August 6.

I have been sent a limited component prototype copy of soul attacker by the company for review purposes.

Soul Riders is a cooperative adventure game for 1 – 4 players

I’m writing this now not just because I just got the prototype, but because I’m a bad person. It’s late because when asked if I would like to review an upcoming game. It was lockdown in the UK and I was imagining that life wouldn’t change much when I would finally get the game in a few months’ time. Oh how I was wrong. Work, family, work, home, work, and now I’m on vacation in Cyprus, when I received a polite reminder from a member of the All for One team asking if I did anything for their sport Is? Oh my bad, so it’s me trying to right the wrong in the best available way.

I am not saying that I have not done anything with the product. I was excited to receive it and when I opened it, wow, if this was a prototype what would the real thing be like. Then I started looking at the rule book; I could already see the daunting task of reading the rules, then being played and content with everything that was going on around me. I went straight to work on it and I was reading the rules while I was eating and in the middle of work, the rules seemed overwhelming at first; There’s a lot going on and I was expecting it to be a heavy game, and there’s a lot of symbology on the cards of locations and enemies and everything. But, from my experimental game (a dry run to bring the gameplay down) it’s a very simple gaming experience, and a person may need to follow the rules first to fix the symbols until they Do not become second nature.

Soul Riders is a co-op adventure game for 1 – 4 players, the idea is that you are responsible for this world and protect it from monsters and evil things, along with completing your missions before the game- Also blame your party. The game feels a lot like an open-world sandbox game from 7th Continent, but with more control over your quests and less card quests, it’s like you’re some kind of librarian in the 1900s. The cards are places and some of them are good but they are massive cards with lots of detail and nice clear markings. And the bonus on all place cards is that they have A and B sides, the B side needs to be flipped/unlocked in a number of ways: complete an action, put a story card in hand, or simply return to the location at a later time come time, etc. Basically, soul raider The world around you will change as you play.

I’d say the gameplay is simple, with each player having a deck of 24 cards. All cards have a number, an icon, and text, most of them. The number is like a skill check value that can be used for any action, there are 3 icons on the card: moving, fighting and magic and the text on the card relates to the icon in general. As I said number can be used for any action and you will be able to do other than mentioned tasks. For example, like playing RPG, you are in a location and have a tall tower and this allows you to do a perception skill check to see if it can help or hinder you, say completing the sc. To do requires 4, so all I need to do is play a card or cards that total 4 or more, simple. If i want to move the space i need to match or better the required skill check number and i can do it with just the number valve on the card and if i play the card with the movement icon as below Lessons will improve my movement valve. Same goes with fighting monsters, I have to beat their defense valve, sometimes they take a few hits but that’s all. (They attack at the end of the round or sometimes when they enter the game.) Magic is different; You can only use the card for the number value or you can use the magic spell text, but not both at the same time.

At the start of the round, each player draws a hand of cards based on their health and story progress. These cards are your actions for the round, if you are able to draw 4 cards at the beginning of the round you can have 4 actions, playing each card is an action. But, you may need to play multiple cards and therefore players can also take turns in the order they want, while reducing the number of actions you have to make for the round, which to me is more of a team game. Kind of great and more. You can swap in and out to take turns until you run out of actions, or you can hold off and save up to 3 cards in reserve next to your player board. So, it’s not a bad thing if you draw a good card at the wrong time. If you’re willing to skip an action in that round to save for later, it’s a great way to control your gameplay and experience. Nice touch.

Each character is odd with their basic set of 24 cards and their player board has some skill check bonuses that boost for certain actions. But also you can develop your card deck of characters by getting special heroic cards (12) designed just for the character. These can be purchased with experience tokens that you get from defeating enemies or completing missions. So it’s a bit of a deck construction similar to Gloomhaven, but these cards are added mid-game.

I only got one introductory story chapter and I only scratched the surface when I was doing my trial run. There’s so much to it, I’m really looking forward to playing it with Claire when we get home to see the full story. Also, I’ve only got 2 characters out of 4 and they only came with 4 special cards, so there’s more to see when the full version is done. Plus there are story-guided locations, monsters, and more, with this kind of tester I’m inclined to discover more. And with Kickstarter already underway and funding exceeded its goal, more content added, and of course, there’s a deluxe edition that you upgrade to where it’s more autistic than gameplay, With the exception of the 5th character is unlocked and can be purchased separately or free if you withdraw the deluxe pledge.

The artwork is gorgeous, to say the least from the locations cards that the characters themselves give you a real sense of immersion in the game. If you like Gloomhaven with a unique world and card gameplay feel, but have RPG story and location exploration feel then this could be on your way (if you have a skill check of 6). The reason I’ve written a lot about a game I’ve barely played is because of what I’ve seen for myself, and on Kickstarter, a lot of passion has gone into this beauty, and writing it. I have a lot of regrets that I have played to the fullest. I can tell you this when I get home I’ll play it, I just can’t wait.