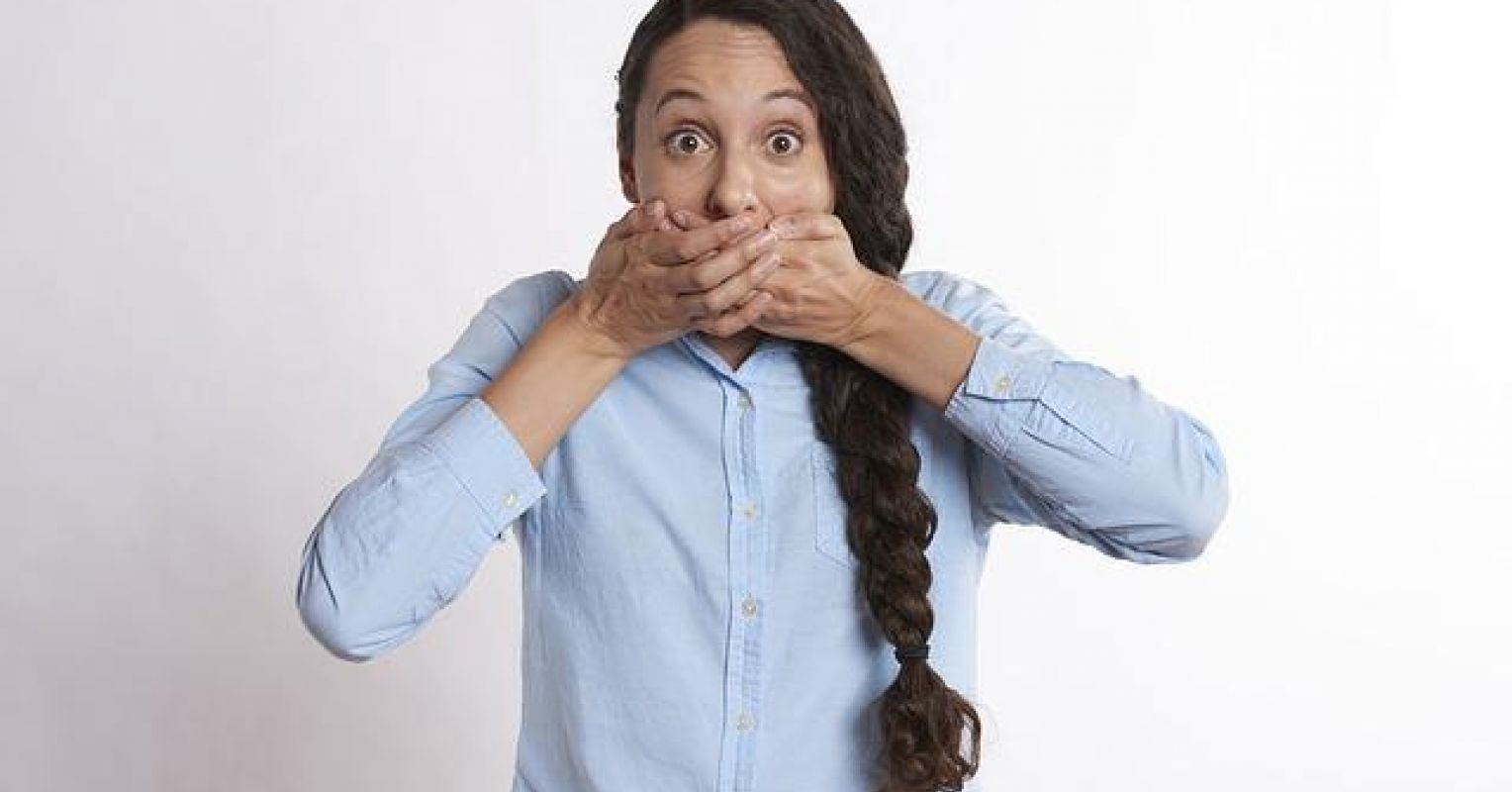 It’s no secret there are many depressed people in the world.

In the United States, in 2020, about 21 million adults and 4.1 million adolescents (NIMH, 2022) suffered at least one major depressive episode (MDE), not to mention those affected by other forms of depression.

Unfortunately, there are also a lot of people who struggle to talk to people who they know are depressed. Those with depression know when this is the case, which can add to the burden, originated thoughts like, “Look at how uncomfortable people get around me.”

Adding insult to injury, depressed people have things said to them that are well-meaning but ultimately serve to distance them from others because it suggests that others don’t get what they’re going through. In turn, the depressed person feels further alienated, which does anything but bring about wellness.

If you know someone who is depressed or work in an environment where you encounter depressed individuals and are unsure how to talk to them about it, there are two particularly damaging phrases to avoid—and helpful alternatives to use instead.

1. “What do you have to be depressed about?”

There’s a popular culture misconception that being depressed is “about” something, that such a mood is always a reaction to some undesirable encounter. The truth is, while problematic circumstances can indeed set pervasive depression in motion, especially if there’s genetic vulnerability, depression can be like that abrasive relative who likes to “pop in” unannounced. This is especially true of melancholic depression, as explained in “The Darkest Mood,” and the depressed phases of bipolar disorders.

Even if someone is depressed about a life event, asking what they have to be depressed about, as if to show you’re trying to understand the situation or “put things in perspective” for them, is invalidating and dismissive. It’s almost akin to saying they were foolish to let themselves get to that point. While how we think about things certainly influences our moods, learning to change how we think about them to improve a mood isn’t like flicking a switch.

People aren’t innately equipped with a reset button they somehow forgot about under stress. There might be a problematic core schema ingrained since childhood that can encourage a depressed episode during a stressor (ie, “No matter what I do, it won’t turn out right, and this latest fumble is just another confirmation of my inadequacy”) or simmering existential conflicts like a lack of purpose/feeling of belonging.

If you consider the expansiveness of these examples, it’s clear that chances are, even if the person seems to have a life together, “What do you have to be depressed about?” has a long answer. Just because someone ostensibly has it together doesn’t mean they can’t be hurting.

The alternative: Instead of asking what’s to be depressed about, consider just opening a conversation with acknowledgment of the matter, for example, “Hey, I know you haven’t been feeling your best lately. I thought I’d check in to see if I can help with anything.” Such a statement is friendly, validating, and therefore inherently helpful.

Further, asking about their experience and showing you want to understand can also be welcoming, given you’re coming to them rather than them seeking someone out and feeling guilty and burdensome for wanting your attention. Consider the following conversation starter: “I don’t know much about depression, but I know different people experience it differently. What’s it like for you?”

You could follow up with a response such as, “That’s a lot. I can see why you’ve been saying you’re stressed.” This line of conversation can also lead to learning about what’s helpful to the person, la solution-oriented psychotherapy, elaborated on below.

It’s doubtful that any pervasively depressed person ever heard one of these comments and said to themselves, “Jeez, I never thought of that!” They would’ve done it if it was as easy as “snapping out” of it.

“Just think happy thoughts” is similarly pointless advice; If it were a mere game of positive versus negative imagery, nobody would be depressed. Sure, cognitive therapy helps restructure pervasively negative core schema that perpetuates depression, but it’s more sophisticated than “just thinking happy thoughts.”

Perhaps “happy thoughts” make things more difficult because thinking of things that make them happy is associated with what they don’t have at the moment because they’re so depressed. Further, while negative thought patterns are definitely correlated to depression, trying to change thoughts is of little use when they stem from the neurovegetative/cognitive effects like lethargy, agitation, sleep and appetite issues, and inability to concentrate.

Those with melancholic depression, for instance, are highly influenced by disturbances in the hypothalamic-pituitary-adrenal (HPA) axis (eg, Parker et al., 2010; Juruena et al., 2018), meaning the aforementioned symptoms are known to be internally generated; it is more of a “medical” form of MDD. “Thinking happy thoughts” amounts to a drop of water in the ocean when they feel the effects of anorexic weight loss, severe insomnia, and psychomotor agitation. It’s quite likely that the physiological symptoms in melancholic features set the ball in motion for the negative thought process, unable to shift focus from how awful they feel.

The alternative: Rather than “snap out” or “think happy thoughts,” some more constructive commentary would follow on the heels of the “What’s it like for you?” above.

One example is, “What’s been helpful in trying to manage it all?” As taught in solution-oriented psychotherapy, getting someone to realize they’re at least doing something to keep it from being worse than it has to be can feel empowering, as it provides a semblance of control over the situation. 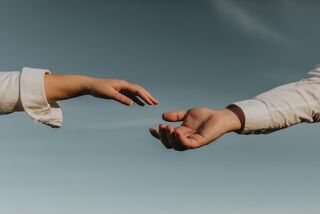 Another approach is to reassure them and let them know they have a support network in you. This isn’t to say you’re guaranteeing the depression will magically dissipate, but rather reminding them that you’re available (in a non-patronizing manner).

While having someone to talk to in a cathartic way is not a depression eraser, it can amount to, as noted by Lt. Col. David Grossman in his book On Killing, “pain shared is pain divided.” The reassurance could also be in reminding them that it’s treatable, especially if they’ve never had intervention before, and that you can help them arrange care if necessary. As noted by Francis Mondimore, MD (2006), this can be “anticipation of getting well.”

Along similar lines, once the person is in treatment, being encouraging is essential. Depressed people often want to give up on treatment, given the hopelessness factor of the mood, or get frustrated that the gray skies over them aren’t clearing fast enough. Pointing out small improvements can at least make it a brighter shade of gray, encouraging in turn because it is indicative of skies starting to clear and more “anticipation of getting well.”

Finally, if the person has had previous bouts, remind them that episodes tend to wane and remit. If you know, they’ve had previous episodes and went into remission, ask what made it possible for them to get rid of the depression or endure it in the past. Similar to the aforementioned, this is also empowering because it reminds them they know how to be victorious. Perhaps they had more structure, felt more connected to others, or were exercising more, all things you could probably assist with.

This post aims to discontinue the use of a couple of common offerings to depressed people that cause more harm than good. If you have someone depressed in your life, it is a good idea to keep educated on depression in several ways.

To find a therapist near you, visit the Psychology Today Therapy Directory.

Disclaimer: The material provided in this post is for informational purposes only and not intended to diagnose, treat, or prevent any illness in readers or people they know. The information should not replace personalized care from an individual’s provider or formal supervision if you’re a practitioner or student.