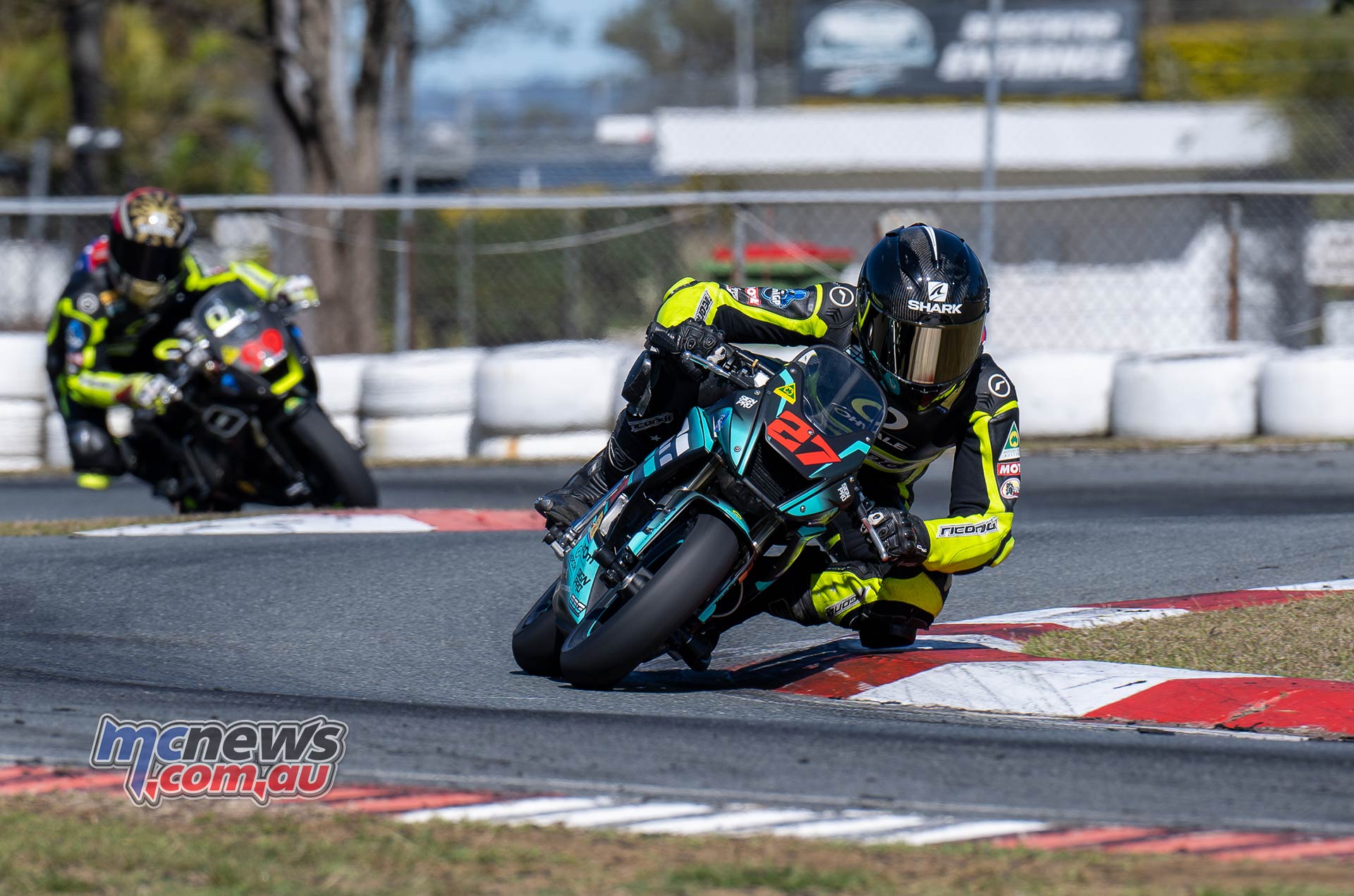 By Mark Bracks – Images by RBMotoLens

The final two rounds of the inaugural FIM Mini GP Australia will take place at the revamped Oakleigh go-kart track at Clayton South in Melbourne’s south east this weekend, (Sep 30 – Oct 2). If the previous three rounds are an indication, the double-header should provide an excellent spectacle of the young tackers’ talent.

Conducted under the auspices of the governing body of global motorcycle sport, the Federation Internationale Motorcycliste, and Dorna – the commercial rights holders of MotoGP World Championships.

After the successful launch of the concept in 2021, The FIM MiniGP World Series is a global initiative with 16 countries taking part this year.

The majority of the field are barely teenagers, but no matter the age, or the size of these little gladiators, their dreams of following in the tire tracks of Casey Stoner, Jack Miller and Remy Gardner are real. Images of world championship glory fill their everyday thoughts.

For a couple of youngsters those dreams will take a step closer to reality. The top two place-getters at the completion of each national cup will be invited to the final round of the MotoGP World Championship at Valencia (Spain) on 2-3 November. At that event the best of the 16 countries will come face-to-face to determine the victor of the FIM MiniGP World Series Final. And that will all play out in front of the world’s best riders.

The overall international winner of the World Cup gets to climb the next step on Dorna’s Road To MotoGP program with a guaranteed ride in the FIM Junior World Championship next year.

For other top finishers in the World Cup there will be opportunities in championships such as the Red Bull Rookies Cup.

After three very entertaining rounds of the 2022 FIM MiniGP Australia series, the double header finale this weekend will feature four races over the two days.

In third place a further 18 points away is Levi Russo (13) from Sydney.

With 100 points up for grabs over the four races this weekend the top three are far from assured.

The Oakleigh track is also home to the Ohvale MotoTuesdays, so the vast majority of the FIM MiniGP field have a wealth of riding experience there. That should ensure the field is a lot closer than usual – and that’s saying something, as there has been some sensational racing intensity that belies the age of the competitors.

Out of the six races over the three previous rounds, Watts has the momentum to claim the top spot, winning the last two rounds with three victories in the last four races. His two race wins at his home track of Ipswich were in emphatic fashion, but he is sure to have a harder time of it down south.

Watts’ worst placing was fourth at the opening race of the year at the Port Melbourne kart track with an added two, second places for his points tally..

After taking out the two races at the opening round, Fleming’s charge had a hiccup at the wet second round when he finished down the field in seventh position.

There are a number of other seriously talented youngsters competing and one of them is a young 13-year-old lady by the name of Ella McCausland.

Ella is another with big dreams but unlike many of her young peers this is “Stella Ella’s” very first year of racing a motorbike. In a short space of time she has made many sit ups and take notice of her natural talent.

Other riders include 10-year-olds Josh White and Jackson Macdonald, both from the Melbourne area, along with 11-year-old Ethan Johnson from Drouin. Jackson also happens to be a national champion in Taekwondo.

Two rapid kids from South Australia will be right in the mix too. Ten year old Judd “Rocket Ronnie” Plaisted sits fourth in the series and was on the podium at the opening round. Fellow croweater Rikki Henry missed the opening round but demonstrated some very deft skills in the wet at the Eastern Creek Go-Kart track to move into fifth overall.

Others that will be in with a real shot will be from interstate include Queenslander Jake Paige, whose consistent results sees him currently sixth overall, despite missing the first round.

Another 10-year-old, Jed Fyffe, from Albury has been overseas in recent months and tasted success in the AMA Dirt Track titles, so he’ll be fine-tuned and fired-up to improve on his seventh position.

There are a number of support races over the two days for Veterans, Supermoto 250/450s, and two other Ohvale classes for the big kids, and those that haven’t quite grown up yet, to ensure there is plenty of on-track action . Each class has four races per day.

Fine and clear weather conditions are expected. Admission is free, with on-track action coming at 9am each day.