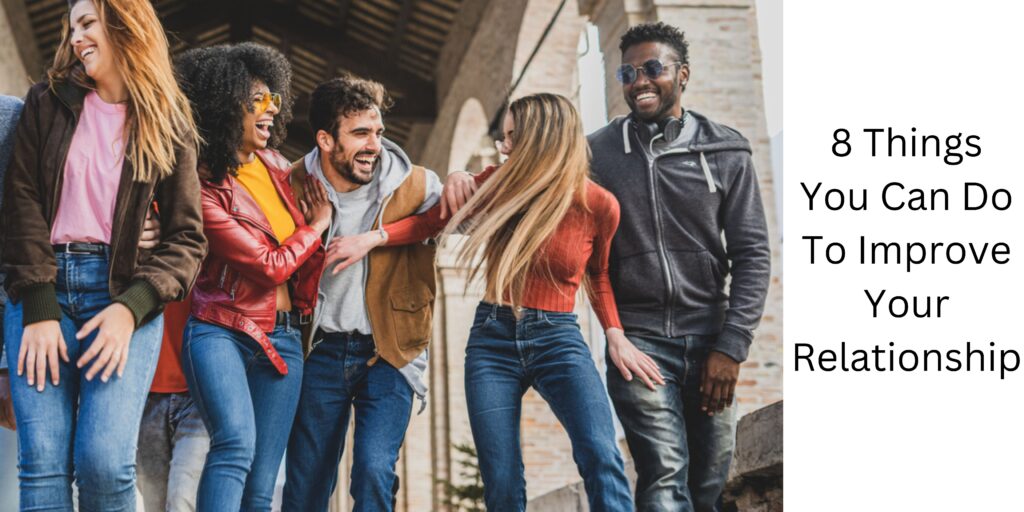 One of the qualities that makes humanity so attractive is everyone’s ability to connect with their surroundings. Whether living or non-living, sentient or otherwise, people are social beings who are easily attached to anything and anyone. After all, having these connections can enrich your quality of life even more. But as rich as they are, relationships are often difficult to maintain.

So many types of media only shine a light on the heights of a relationship. It could be a group of friends going on a long-awaited trip together, families vacationing in their cozy homes, or romantic partners still thriving despite being together for three years. Although there is nothing wrong with this, yet it can blind most of the society. Because of this concept, they are bound to set extremely unrealistic expectations on their relationships.

More often than not, these expectations are one of many reasons why relationships are challenging, whether they are platonic or not. But as much as they drag relationships down, it is still possible to change them. And this can happen only if the people involved are willing to improve their current relationship status.

Fortunately, there are a number of solutions they can try, and at least one or two will be right for the job.

For those who are still feeling for each other, it is impossible for them to avoid any disturbance in the relationship. Since they are still not familiar with their respective likes or dislikes, they are bound to step into an invisible line that bothers them. Once this happens, the affected side may close itself as a knee-jerk reaction.

But the more time you spend together, the deeper your bond becomes. Although it sounds strange at first, it is best to work out your weaknesses or triggers this time around. For those who are uncomfortable with ‘taking down their walls’, be more observant instead. Pay attention to what topics they avoid or what makes them uncomfortable. That way, you can save them the embarrassment while making sure they get the treatment they deserve.

Unfortunately, there are some limits to what comes out verbally, especially when it comes to intercourse. Of all the emotional triggers, anything involving sexual exploration is a landmine. After all, this is when the parties involved show their most vulnerable selves. So, before you have direct intercourse, have a conversation about each other’s needs and preferences.

It’s easy to get carried away once it starts, and anger is an emotion that explodes; sudden and uncontrollable. For this reason it is not uncommon to be overwhelmed with anger. However, that doesn’t stop it from hurting your relationships. Eventually, this feeling leads you to spew words you didn’t mean to—or worse, you’ll regret it as soon as you’ve finished saying them. Even if you apologize for it, the hurt you left in their heart will still be there.

Once you feel you have reached a limit, take a step back. Nothing good comes from persevering when you’re on the verge of breaking up, whether for your own sake or for others. Instead of dragging the argument out, give it a break and walk away from the conflict. Revisit the issue once you have a clear head.

Being in a relationship is supposed to be an uplifting experience from start to finish. After all, having someone close to you supports you—and doing the same for them in return—strengthens your bond with one another. yet people change counseling For help because many feel the opposite in their relationships. Of course, there can be many reasons for the problem, but one of the most common reasons is unintentional.

In general, ignorance is the last thing you consider ‘problematic’ because every mistake you make can be chalked up as pure accident. If anything, this can be seen as learning something the hard way, only you will suffer the consequences of your ignorance. But now that you’re in a relationship, it’s safe to say that you’ll feel the weight of your actions now that someone else is involved. And being unaware of how to express your love to the people you care about can seriously affect your relationships.

Looking at it on the surface doesn’t reveal what your love language is. After all, people show how much they care for each other. For example, when you see the photos they send you throughout the day that are nothing but updates, the sender keeps on doing this to include you in their day. Since you don’t know if it’s special, you might end up asking them to stop because receiving notifications constantly bothers you. You created a rift in your relationship because of an accident.

The ‘love language’ is named in such a way that they can better understand and connect with another person in a way that they are comfortable with. From the outset, it’s safe to say that finding out each other’s love language is a way to deepen a relationship, therefore, it should be a priority. If you want to take the direct approach this can be identified through observation or by taking a quiz online. Once you know your respective love languages, start practicing them to be in tune with each other’s needs.

People have so many characteristics that make them different from each other. In most cases, these differences enrich life. Eventually, similar lines of thought quickly become dull as they are reduced to the molecular level. But on the contrary, differences often lead to conflict. Even though relationships are built on acquaintance, that doesn’t remove disagreement from the picture. Contrary to popular belief, disagreement does not equal toxicity. However, this can be true only if you know how to fight properly.

Once an argument breaks out, anger builds up quickly, especially if the other person becomes aggressive. Although it is difficult to swallow, always remember that no progress will be made if you take the bait. So, listen to what others are saying instead of letting your anger take over you. Remember to never raise your voice while talking. Even if they are chasing you, always be respectful when responding.

Focusing too much on your defense will strain your relationship; maybe push the other too Change How do they understand you from now on? Don’t occupy yourself with a rebuttal. Remind yourself that you are fighting to gain an understanding, not to win the battle.

There is always a reason why people form relationships with others. In a professional setting, this is purely for convenience when reaching a shared goal. But for intimate relationships, you probably got attracted to him because some of his qualities were attractive. Once you get to know them even more, you’ll learn they have more in common than you ever thought possible.

No matter how long you’ve been together, always express your curiosity as much as possible. After all, the desire to get to know them reflects your interest. But this curiosity doesn’t just apply to meaningful conversations. Asking them instead of jumping to conclusions will help you avoid many problems. Give them a chance to have their say; Listen actively before making your point. In this way, you will strengthen your bond and give them a chance to get to know you too.

Mistakes happen the most; You are no exception. It is a tough pill to swallow, but no one can escape it. And being in a relationship will put you in many situations where you have wronged the person you care about in some way or another. Ownership for your actions. Even when they are at fault, don’t blame them while arguing. Since you are carrying ‘aggression’, your argument will only ‘attack’ you as they defend themselves.

be responsible. Use ‘I’ instead of ‘you’ when making the point. From there, they can step out of it and realize what they were doing in the first place. As a result, they will be ready to sit down and discuss what you disagree with more productively.

Not a moment goes by spending time with the people you care about. After all, there is never a dull moment when surrounded by good company. But be that as it may, circling your whole life around them is not what you consider ‘healthy’. Because not only does relying on someone else for your interests and hobbies reduce your quality of life, but it also suffocates the other end of your relationship.

Although you have some similarities with others, make sure you stay in touch with your life. Have interests that make you happy. make new friends. Go back to pursue your hobbies. Don’t be afraid to live differently instead of living as a carbon copy of the people in your life.

The ‘marks’ of many people are hidden from the world. They will move a lot instead of staying on them for a long time. After all, living in the past will not allow them to live in the present. But for all their attempts to hide them, it’s impossible to pretend they don’t exist. These ‘marks’ will be present because they are part of your life.

Those who have been hurt will not be eager to let their guards down. Naturally, this approach keeps others at an arm’s distance. But if you want to build ties—or deepen them even further—learn to take down your wall one brick after another. Open yourself up once you get to a comfortable place with them. Give them a chance to get to know you better. Trust should be the foundation for building a relationship. Sharing your story with them is a step towards developing a stronger bond.

build rapport To enrich one’s life. After all, the people you can trust the least can motivate you to move on. Still, maintaining them requires a lot of hard work and dedication. But all that effort will be worth it in the end because your relationship with each other is stronger than ever.