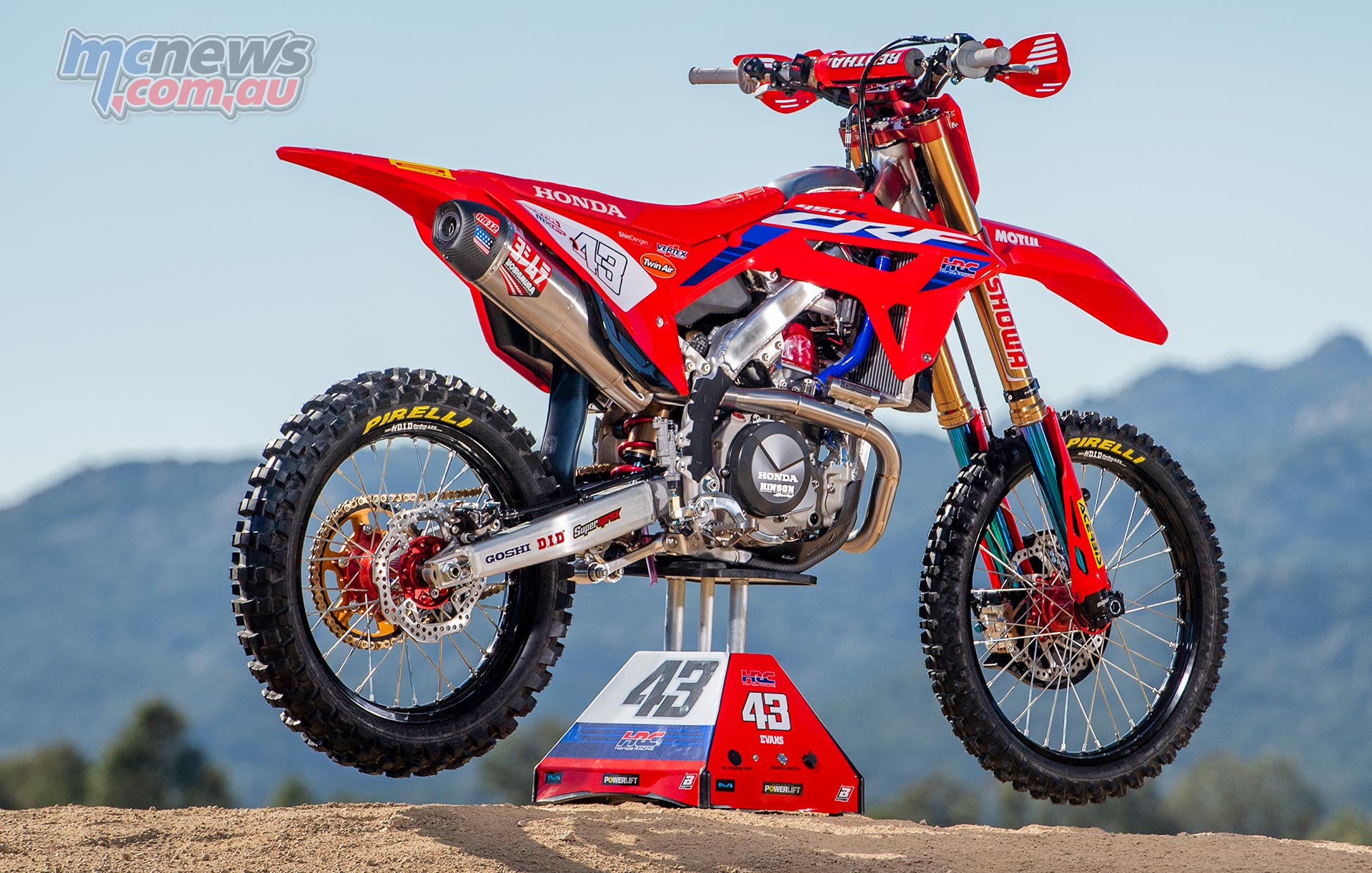 After missing the 2021 edition, Team Australia will have numbers 113, 114 and 115 but they will be amongst the favorites to win the Chamberlain Trophy as they field their strongest trio in a number of years.

Evans has shown impressive speed in the last few rounds, and while the results haven’t always gone his way, he has gradually worked himself up the field and is now battling with guys are the very front of what was a very competitive MXGP class.

Unfortunately, his last race in Turkey didn’t end so well, as he crashed out whilst in second position but having rested, recuperated, and let his body recover, he is now fully motivated to put in some strong motos and help Australia try and win their first ever Motocross of Nations.

Alongside Evans are Team Honda HRC riders Hunter Lawrence and Jett Lawrence, with the three knowing each other from youth events in Australia.

On Saturday, all three riders will have an extended practice session, before lining up at their randomly-assigned gate for their class’s qualification race.

If two of the three Australian results are good enough to get them into the A-Final, they will then line-up for the three motos on Sunday.

The first moto will be MXGP (Evans) and MX2 (H. Lawrence), then MX2 and Open (J. Lawrence) and then finally MXGP and Open, with the five best scores from those six results determining who wins the 2022 Chamberlain Trophy.

,It is always an honor to represent Australia and I have been looking forward to this opportunity all season. It is great to be riding alongside Hunter and Jett Lawrence, and the fact that all three of us are part of Team HRC is even cooler. We’ve known each other for a long time and although we’re now riding in different series, it is awesome to linking up for this race and putting our best foot forward to try and win this for Australia. We know that history is against us, but we are confident that we can compete at the highest level and really challenge for this year’s Chamberlain Trophy,

,This is a really great chance for Mitch to end the 2022 season on a high. As we have seen at the last few rounds of the world championships, he is fully capable of leading and winning races and that’s what he is aiming to achieve in RedBud, and if he is able to do that, Team Australia have a really good chance of winning. As always with MXONs in the USA, I’d like to thank our American colleagues for hosting us and making us feel welcome. It is always a nice event to see fellow Honda people on the other side of Atlantic and we hope that everyone can have a successful event, to round of what has been a great year for Team HRC.,