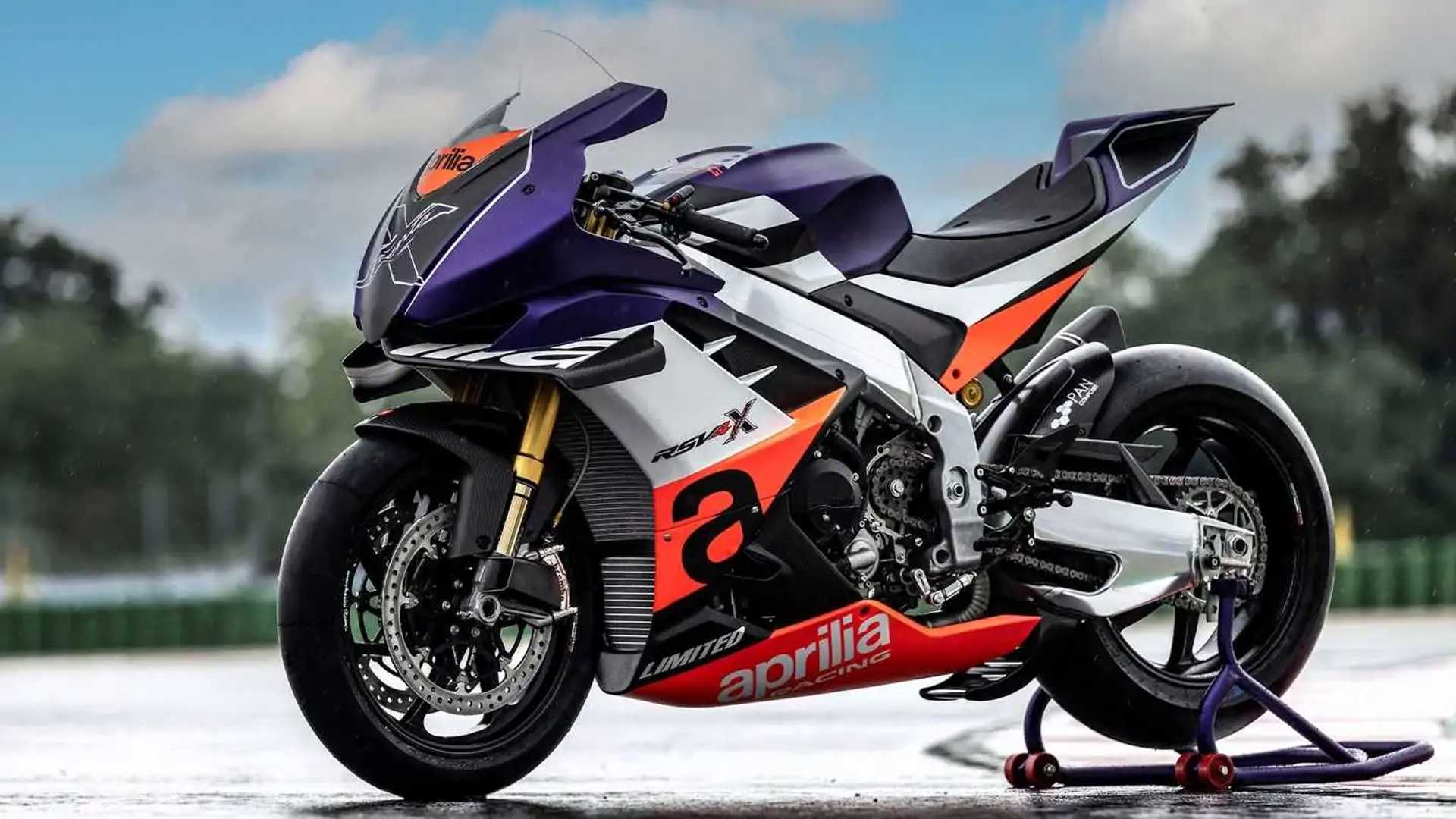 Aprilia is currently enjoying its best season in the modern MotoGP era. Teething issues previous plagued the project before Aleix Espargaro captured the team’s first podium at the 2021 British GP. The Noale outfit only improved upon those results in 2022, with Espargaro standing atop the box at the Argentinian GP and Maverick Vinales seizing his first podium in Aprilia colors at the Dutch TT.

The team’s timing couldn’t be better either. With 2022 marking the 30th anniversary of Aprilia’s maiden Grand Prix title, the firm prepared a commemorative RSV4 for the occasion. MotoGP fans even enjoyed a sneak peek of the celebratory livery at the 2022 Austrian Grand Prix. However, the winged superbike no longer waits in the wings. Today, Aprilia presents the RSV4 XTrenta.

Packing the same 1,099cc V4 as its street-legal relative, the XTrenta raises the bar with 230 peak horsepower thanks to a higher compression ratio and a joint-developed SC-Project titanium/carbon exhaust system. Superbike-derived Taleo Tecnoracing water and oil radiators keep the V4 operating at optimal temperature while a MotoGP-worthy Sprint filter opens the XTrenta’s airways. Aprilia will also make a MotoGP-derived full-titanium silencer available to customers as an add-on option.