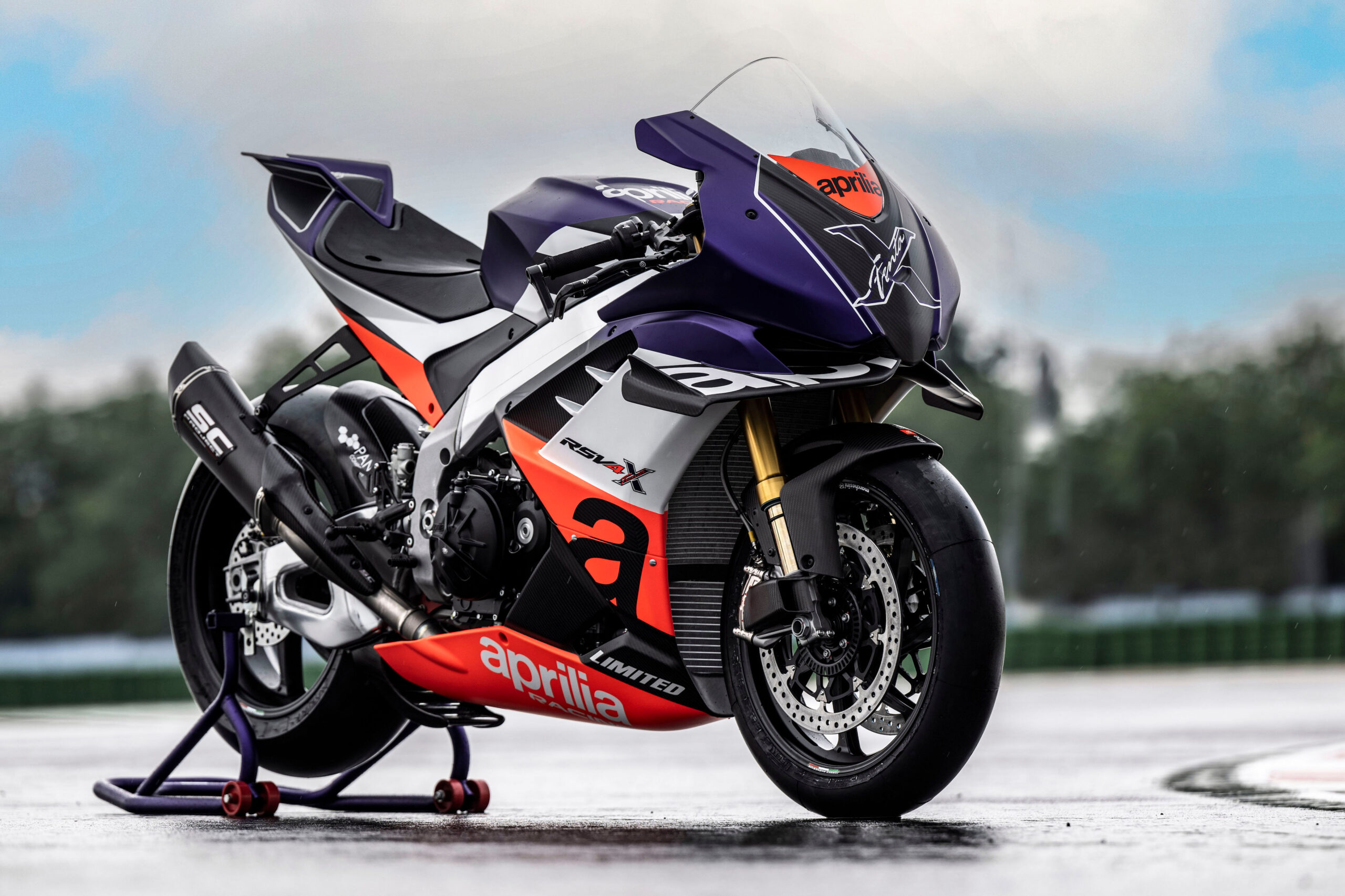 Aprilia’s just given us the closest production model we’re gonna get to their MotoGP machine…at least for this year.

Good gentlefolk of wBW, today we bring you ‘the most extreme, high-performance and exclusive Aprilia RSV4 ever.

The all-new, track-only RSV4 XTrenta – and it’s the first bike in the world to mount the iconic under wing ‘spoon’ swingarm from Aprilia’s RS-GP.

The press release tells us that this babe weighs a scant 166kg and carries a 230hp heart with increased compression ratio celebrating the 30th anniversary of Aprilia’s first World Championship title – and when we say the thing’s track-only, we mean it.

And that’s not all.

All the electronics of the Xtrenta run through a Magneti Marelli control unit, which is in turn controlled by a JetPrime racing panel. 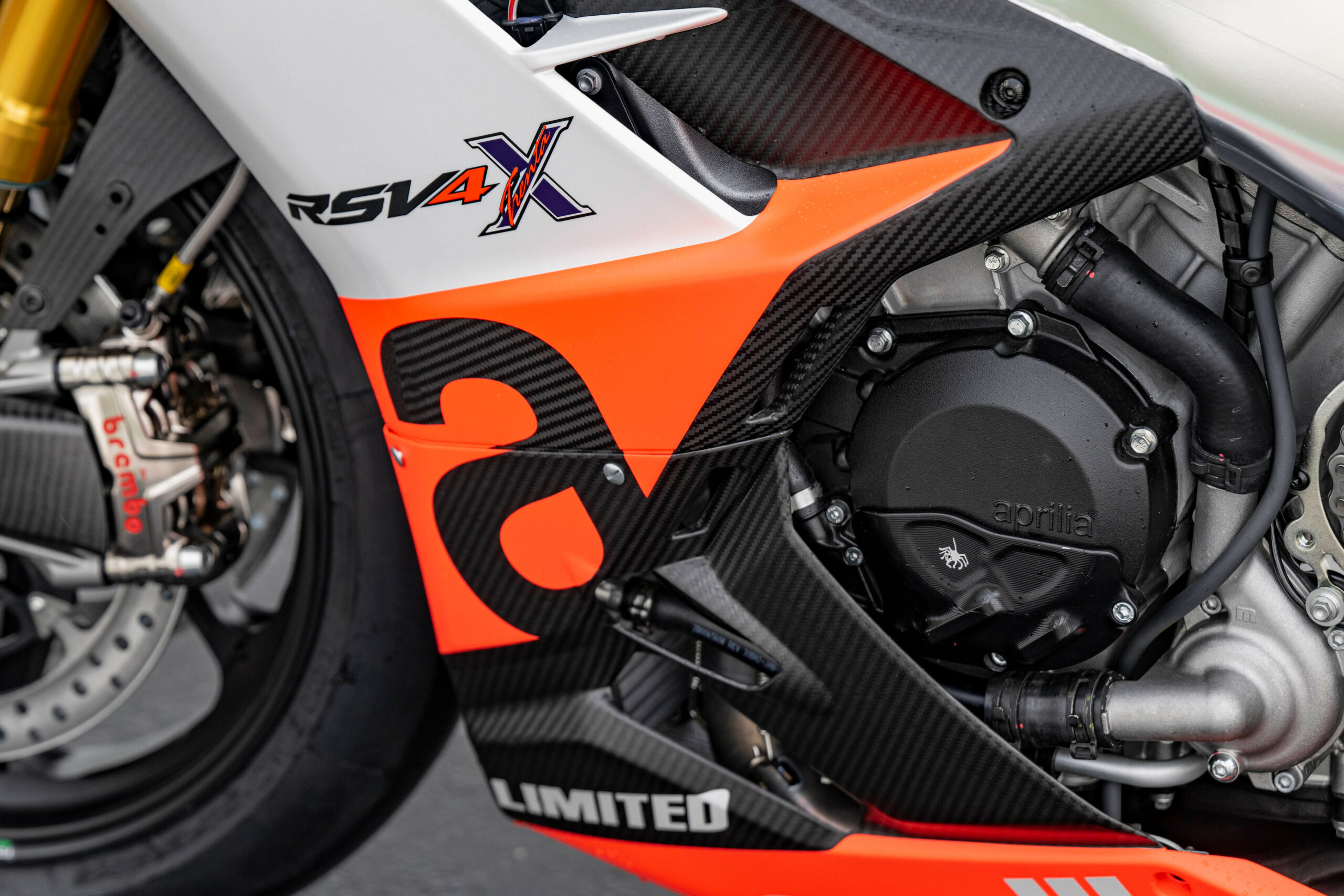 Accessories (footpegs, handlebar levers and a CNC fuel cap) are all made by Spider, with Aprilia tossing in MotoGP-modified hlins suspension, an Aprilia billet steering plate, top-notch Brembo brakes in the form of GP4-MS billet monobloc calipers and 330mm T-drive discs…and to top it all off, the XTrenta has been blessed with ‘forged magnesium Marchesini M7R GENESI rims [with] Pirelli Diablo SBK slick tires in sizes 120/70 and 200/65, with SC-1 compound front and SC-X compound rear.’ 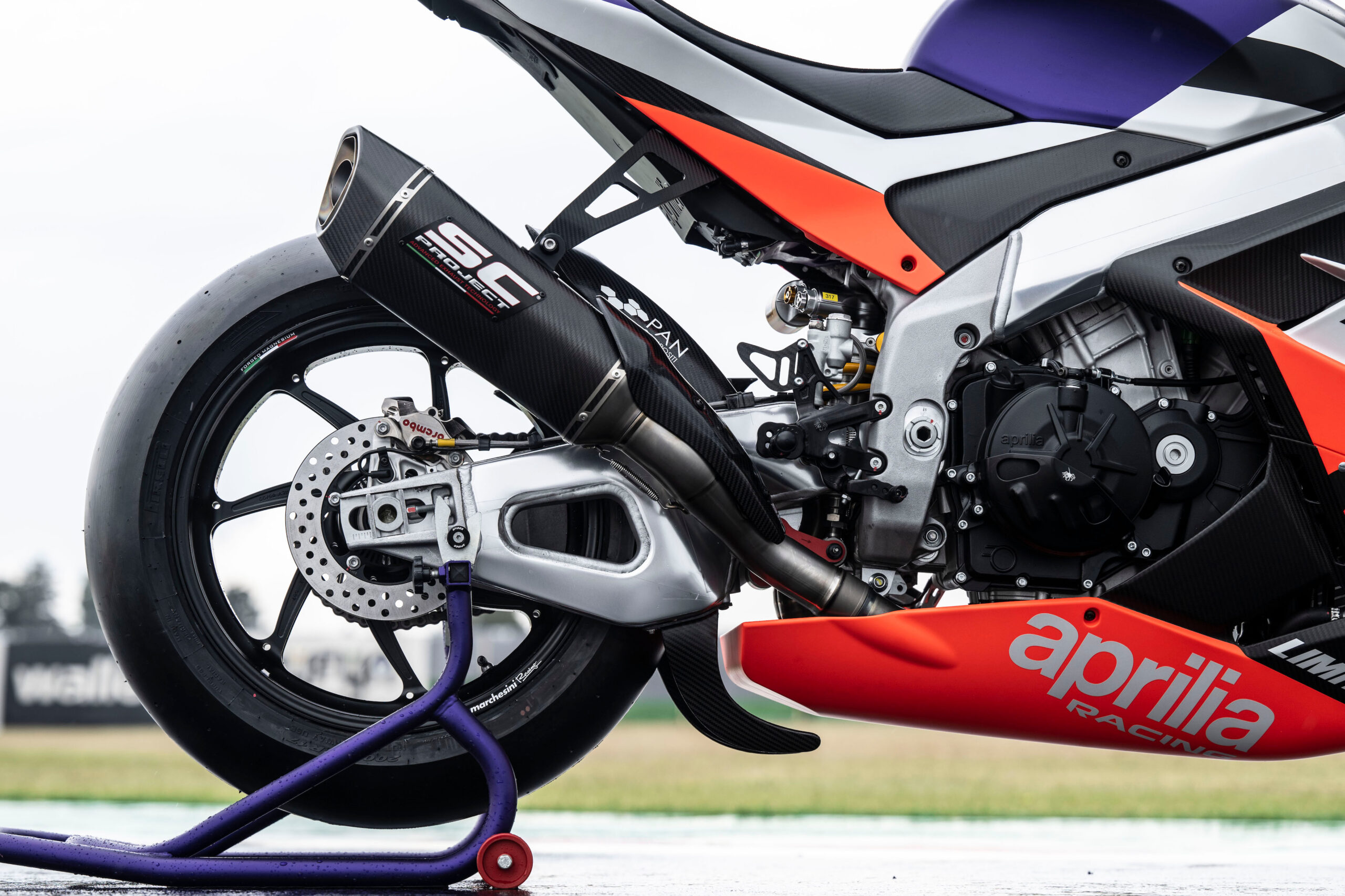 Combined with the same livery used by Lorenzo Savadori in the Austrian GP, ​​Aprilia’s screaming it loud and clear:

‘Look at us, we’re going to shake your world.’

“Each of the 100 units of the Aprilia RSV4 XTrenta, offered at a price of €50,000 excluding VAT, will be bookable exclusively online from 6 September, by accessing the factoryworks.aprilia.com web area,” states the press release.

“Lucky buyers will also have the chance to collect their model from Aprilia Racing, with an exclusive visit to the Noale racing department at the same time, and will receive not only the limited and numbered version of the RSV4 but also the dedicated motorbike cover and mat.” 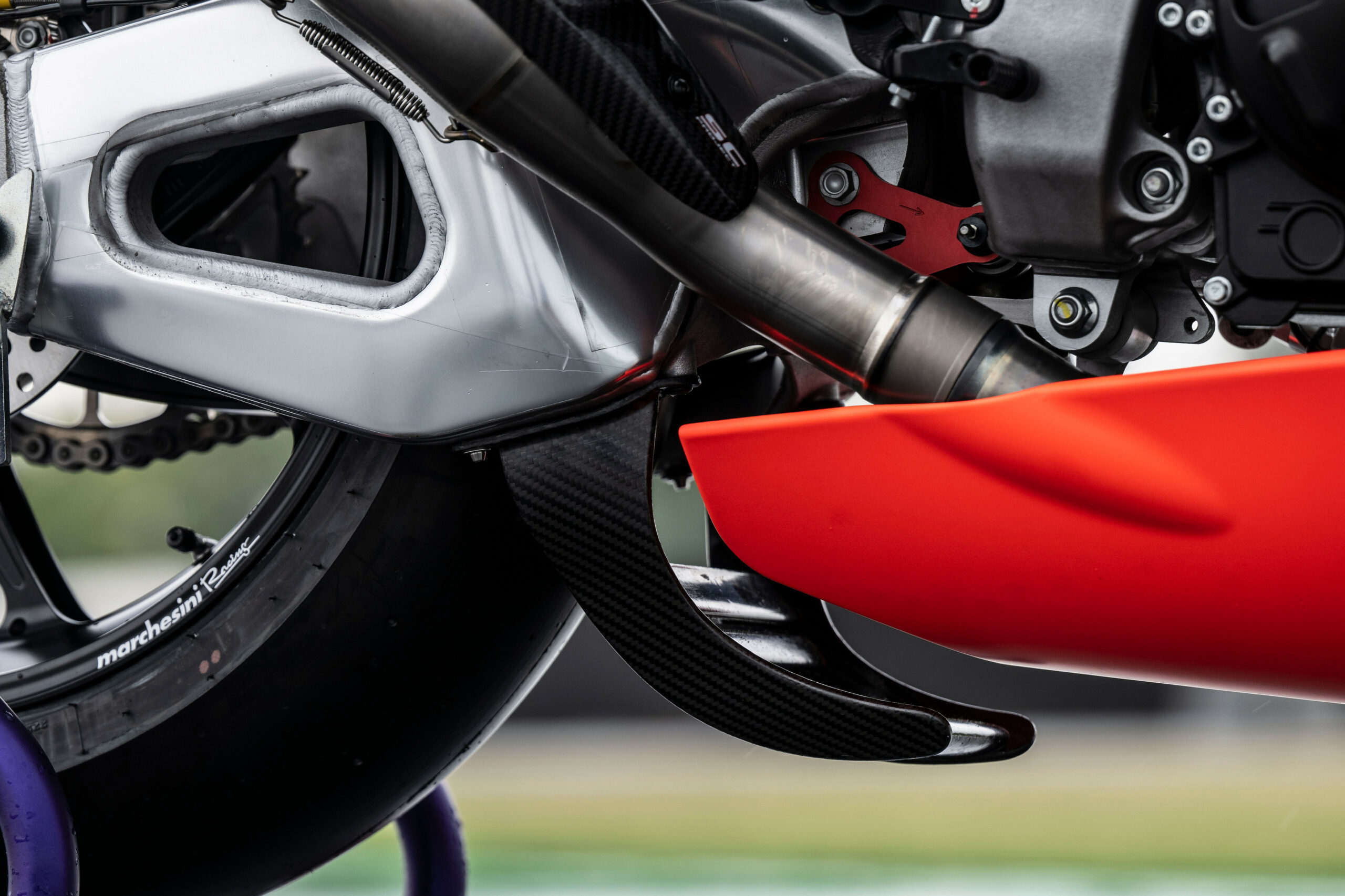 Be sure to check out other related stories here at wBW; in the meantime, dopr a comment below letting us know what you think, and as ever – stay safe on the twisties.

*All media sourced from the relevant press release*