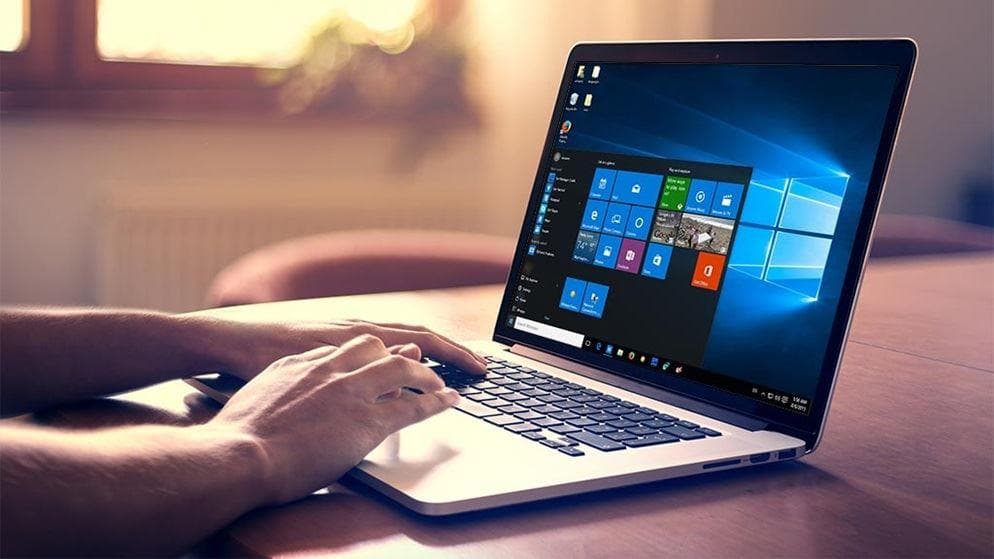 Windows 10 operating system was released in 2015, meaning it’s quite a few years old, depending on the time you’re reading this article. If your PC ran previous Windows operating systems flawlessly, there’s a high chance it will run Windows 10 too. Any new computer you’ll buy is also equipped with Windows 10 or 11.

However, older computers are still running Windows 7, so it’s obvious that you’re concerned if your PC will meet Windows 10’s minimum system requirements. This article will show you everything you need to know when switching from an older operating system to Windows 10.

Windows 10 operating system was released in 2015, meaning it’s quite a few years old, depending on the time you’re reading this article. If your PC ran previous Windows operating systems flawlessly, there’s a high chance it will run Windows 10 too. Any new computer you’ll buy is also equipped with Windows 10 or 11.

However, older computers are still running Windows 7, so it’s obvious that you’re concerned if your PC will meet Windows 10’s minimum system requirements. This article will show you everything you need to know when switching from an older operating system to Windows 10.

Compatible with DirectX 9 or later with WDDM 1.0 driver

Internet connectivity is necessary to update, download, and take advantage of some features.

Internet connectivity is necessary to update, download, and take advantage of some features.

The requirements for both operating systems are very similar, although Windows 10 demands more storage space. As we said before, if your old PC is running Windows 7 just fine, you shouldn’t worry about it at all. The only thing we advise checking if you have enough disk space to install a new system. To check how much storage you have on Windows 7, open Windows Explorer and look under Computer.

In terms of usability, the answer is no. Using Windows 10 on a system that barely meets those requirements is a nightmare, but luckily, there’s a high chance your device far exceeds those requirements since they are very low. They’re almost the same as Windows 7, so if your PC or laptop runs just fine with this system, upgrading it to Windows 10 is a no-brainer.

Tip: Use Microsoft’s Windows 10 survey to determine if you should install a new system.

Where to Get Windows 10

Why You Should Upgrade to Windows 10

While Windows XP, Vista, or 7 are still perfectly usable, one major concern is the lack of updates, I bet you’ve probably noticed the problem, which is why you’ve decided to switch to the newer system. It also means a lack of security updates, making your system vulnerable to viruses. Antivirus can still pick up malicious software, but most likely, it’s not updating either because of an outdated system, so its virus database is also way too old.

Antivirus can’t fix issues with the OS, only developers can do that. Also, many apps you may have used won’t update since they are no longer supported on older systems. In comparison, Windows 10 receives monthly updates, including security updates and performance fixes.

As of June 2022, Windows 10 holds a 72% market share, while Windows 7 is just 12%, only slightly above the newest Windows 11. Older versions of Windows are great for retro projects but not so much for everyday use. No matter how much you adore older systems, technology won’t stay still with you, and you’ll have to upgrade eventually.

How to Upgrade from Windows 7 to Windows 10

You can still upgrade Windows 7 to Windows 10 despite it not being officially supported. However, if anything goes wrong, Microsoft support won’t help you at all because of that matter. Nevertheless, we still advise upgrading to Windows 10 since it’s an easy and reliable process.

Remember that with the upgrade, you may lose your settings and applications. There’s an option to keep everything during installation, but because of the differences between the systems, some applications might not migrate. It’s best to note what applications you use the most and simply download their latest version after upgrading.

Luckily, documents and photos won’t get deleted during the process, but creating a separate folder with all the necessary data is highly recommended. Unless you’re upgrading from Windows 8.1, then everything should work flawlessly.

How to upgrade from Windows 7 to Windows 10,

Tip: You can log in to your Microsoft Account with Windows 7/8 key tied to it after installation, which will work perfectly fine with Windows 10.

If you’re still unsure if your system will run Windows 10, you can try using a virtual machine like VirtualBox. It allows you to emulate an operating system on your PC and use it like it’s running on real hardware. It can also be used to mess around with risky software or hacks without any risk to your computer. VirtualBox is the easiest and safest way to test an operating system, and it’s free for home users. However, we advise this method for more advanced users. Extremetech explained it thoroughly if you decide to go that route.

What if Your PC Can’t Run Windows 10

If it turns out you can’t install Windows 10 on your device, you might be interested in three possible solutions worth checking.

Buy a New PC or Laptop

The most expensive and obvious solution is simply investing in a new computer. If your device is old, you’ll have to buy something new. Especially if you’re on a laptop since the upgradability of such devices is extremely limited. You can only resort to installing faster RAM or swapping an HDD for an SSD.

However, if your CPU is too old, you must buy a new laptop. The good news is that new laptops and desktops are available for all price tags, and for around $500, you can get a new PC or laptop with Windows 10 already pre-installed. Simply check eBay or your local computer retail if you don’t know what to choose.

For desktop users, it’s almost always worth investing in hardware upgrades. There’s a good chance that installing new memory will be enough to run everything stable, especially if you’re upgrading from a 32-bit system and your CPU meets Windows 10 requirements. You can also swap HDD for an SSD, significantly increasing loading speeds. As we mentioned above, laptops are limited in terms of upgradability, and key components like CPU or graphics card can’t be replaced.

You can compare the minimum specs with the hardware your PC can be upgraded to. It takes a bit of research, so it’s wise to ask someone who’s more experienced in PC upgrades.

If you can’t afford to upgrade or buy a new PC or laptop, you can look for something outside the Microsoft family as a last resort. Linux, for example, works great on low-performance devices and is often chosen by Windows antifans.. However, all of your Windows programs will be incompatible with Linux, so you have to start from scratch in this case.