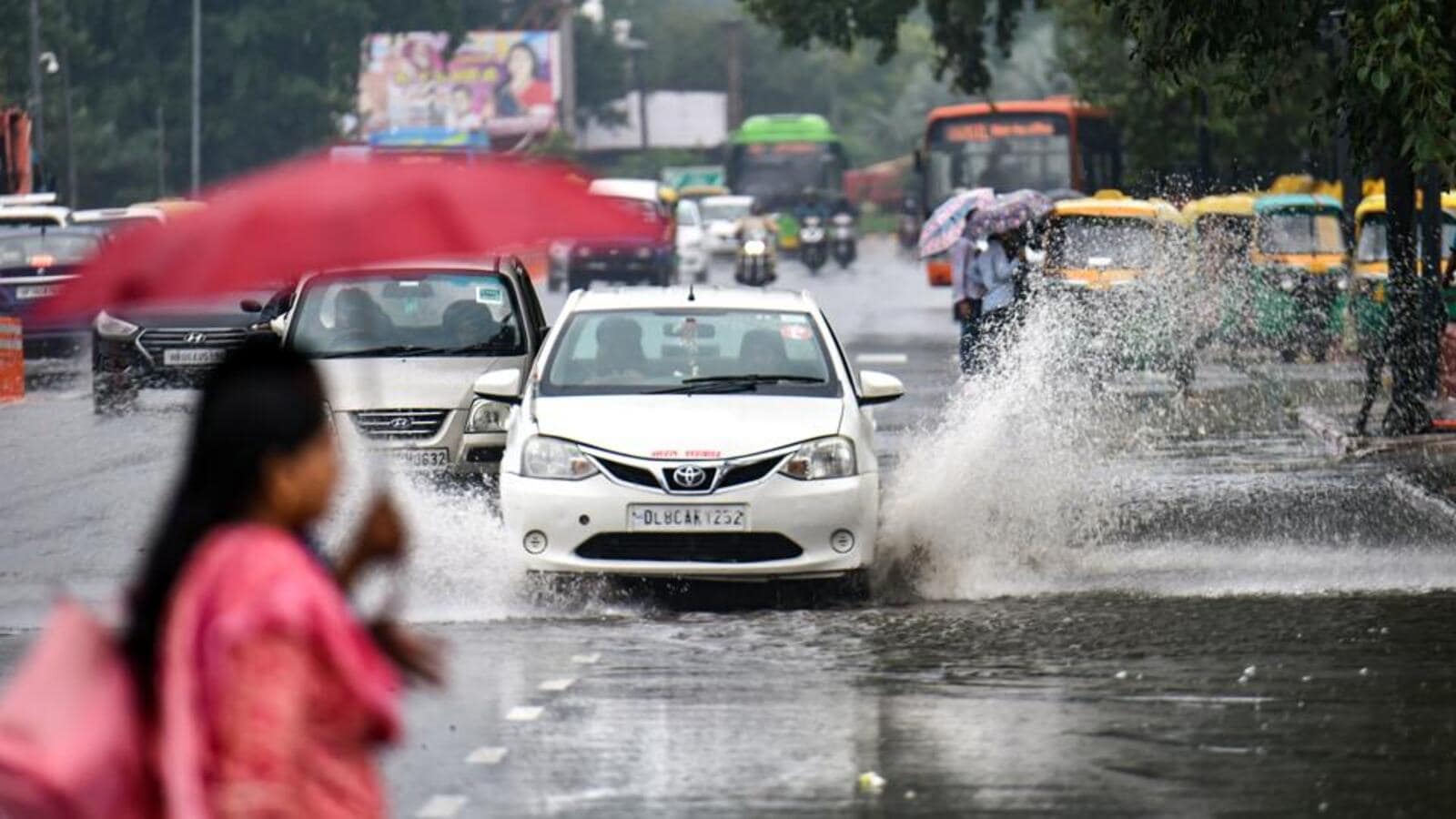 Incessant rains in the national capital since Thursday inundated several parts of Delhi and brought vehicular movement to a halt on Friday, while hundreds of traffic police personnel were busy clearing jams and clearing obstacles such as uprooted trees and broken vehicles. Went.

The drivers were worsening the traffic situation especially during the peak hours of morning and evening. Many took to social media to lament about the chaos and non-functional traffic signs and to request the presence of traffic personnel on some stretches. Some of them also shared screenshots of Google Maps, where most of the roads and routes appeared as red streaks, indicating high traffic volumes and delayed travel times.

According to Delhi Traffic Police, till 6 pm, their control room received 12 calls related to water logging, 22 calls related to uprooting of trees and 19 calls regarding traffic jams. Till late night, the number of calls increased as the rain continued. . Traffic Police used its social media platforms to alert the public about waterlogged areas and submerged stretches and advised people to avoid those places/routes.

Other affected areas include Mandi village, Okhla, Sector 17 Rohini, Mangolpuri, Block F Mangolpuri, Paschim Patel Nagar and Chhatarpur. “Teams from the maintenance and horticulture departments have been deployed to clear the trees,” a traffic police officer said on condition of anonymity.

A portion of the wall of a parapet at Hindu Rao Hospital collapsed, damaging a car and four two-wheelers parked near the operation theater complex. A senior Municipal Corporation of Delhi (MCD) official said that the parapet wall of the OT premises has weakened in the rains. “It fell on vehicles and some got damaged. There is no report of any injuries or casualties,” the official said, asking not to be named.

“Vehicles during morning and evening peak hours were comparatively less as compared to Thursday. This may be because authorities in Gurugram asked private and government employees to work from home, while the Gautam Budh Nagar administration on Friday ordered closure of schools up to class 8. ,

“The second reason could be that the rain on Friday was not as heavy as on Thursday. The traffic situation would have been worse had there been heavy rains,” said the official.

Traffic police officers had flooded several underpasses and their personnel were working in coordination with civil and road authorities to clear these places. However, Minto Road and Pul Prahladpur underpass, which are infamous for waterlogging during rains, remained unaffected on Thursday and Friday. Six water pumps were installed to drain the rain water at Pul Prahladpur underpass, officials said, adding that similar arrangements were made for Minto Road underpass as well.

Traffic personnel said there were also reports of damage to roads and breakdown of buses and other vehicles and traffic had to be re-routed at these places.

“While moving from Lajpat Nagar towards Sarai Kale Khan, a three-wheeled goods vehicle broke down near Kilokari. By the time it was removed, a DTC bus broke down on the same carriageway during peak evening hours, disrupting traffic.

The traffic police forward all the complaints to the concerned traffic inspectors.