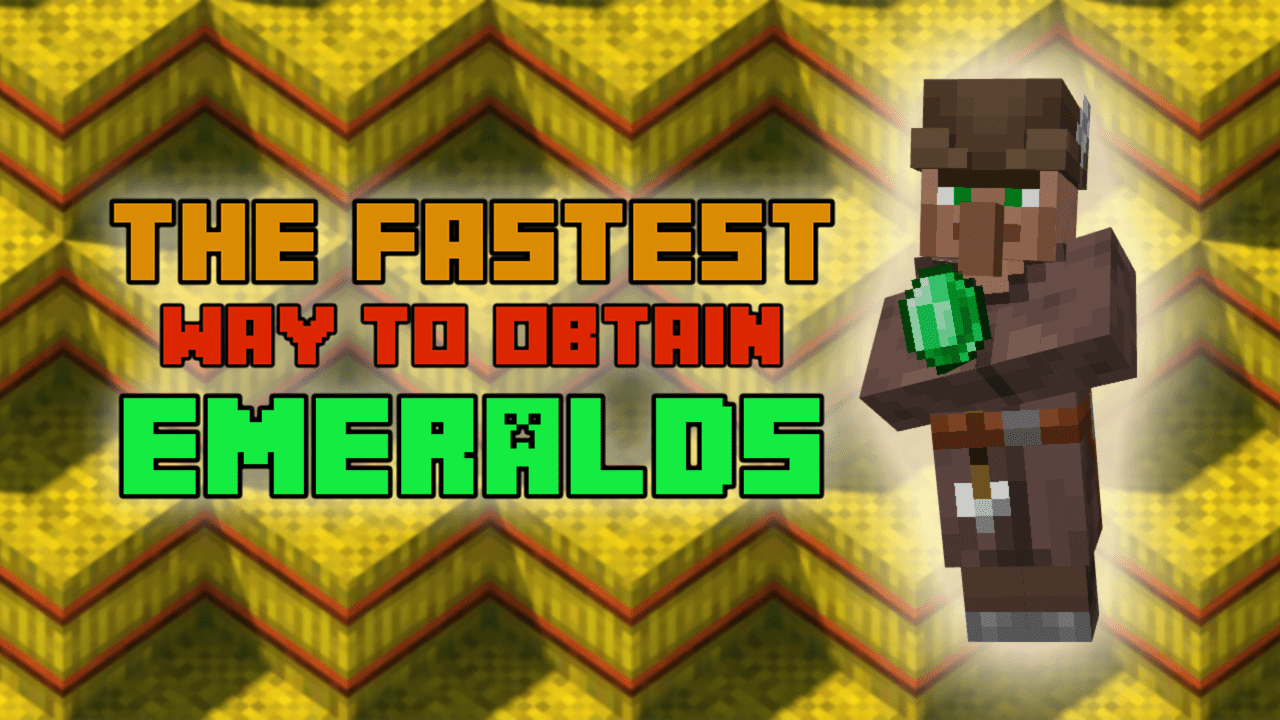 In this article, we’ll see how you can gather the most amount of emeralds in Minecraft, as soon as you find a village.

Who doesn’t want to be rich in Minecraft? You? Well, that depends on how you see emeralds. Yes, we know there’s no actual use for this item in action. But who makes a good pickaxe with money? In reality, people buy a good pickaxe with their money. That’s how emeralds work in Minecraft. Emeralds are like the currency in-game; you gather them to trade items with villagers or, in some cases, power up a beacon. To get into a money business, you should know where to find it.

Emeralds can be obtained in 3 ways. The most obvious one is trading with villagers. We’ll discuss how you would approach this later on. Another way to find emeralds is to find them in loot chests. There’s nothing wrong about casually borrowing emeralds which some villagers have saved for themselves in some of their chests. The other way you may be able to find emeralds is to mine its ore. To be honest, finding the emerald ore is hard. The conditions of finding the ore already have made it rarer than finding diamonds (You can only find the emerald ore in some cold biomes, more likely to be found in higher levels).

Since gathering emeralds by mining its ore or finding it in loot chests heavily depends on luck, those two options are not viable for us, as we are looking into the fastest ways that in most scenarios can give us the most emeralds in the least amount of time. So we could go for two fast strategies when we find a new village for ourselves:

As soon as you step into a new village, the first thing many people do is to go from house to house, trying to find good loot in villagers’ chests. You don’t have to do that first; The villagers are not going to take their stuff out of their chests. So the items you want are safe. Instead, try to take every hay block around the village. Every hay block equals 9 wheat! You can also go for the farmlands since most villages at least have 2 farmlands and many of the crops may be grown already. Then all you have to do is to trade the crops you’ve gathered with a farmer villager.

The quantity of emeralds you can get from this strategy is good for adventurers, people who would go from one village to another. Although, continuing this strategy as your main source of emeralds is not so efficient, as it could be time-consuming going all around the village. Not to mention after trading all the hay bales available, there’s nothing faster you can do in that village to get more emeralds unless you follow the next strategy.

Between 1.14 and 1.16 versions (Before the nether update and after the village & pillage update), speedrunners had considered villages as the best RNG to start a speedrun with. They could take villagers’ beds, have some basic equipment, and most importantly, trade with villagers to acquire the end pearls. The previous strategy was also used by them to get enough food (by crafting the hay bales into bread) and trade the rest with villagers. But again, this was too random to rely on. The speedrunners sometimes couldn’t save time, going from one side of the village to another for an uncertain amount of wheat blocks that they could get.

So this was the reason that a new consistent way to get emeralds was discovered, a trade that is both cheap and fast to make. One of the fletcher villager’s first trades can be sticks. You give them 32 sticks (most of the time) to get an emerald. This means something like 4 logs for one emerald! This strategy still works to this day.

Get some Fletchers, cut down some trees, craft sticks with the logs, sell the sticks to the villagers, and profit! It’s just as simple as that!

Although there are a lot of other ways to collect even more emeralds, for example, you can make an auto farm of some sort (Iron farms are a popular choice for the versatility and reliability of how many emeralds it produces, but it can be a bit tricky to pull off) and then, sell the items to villagers in mass numbers. This way you save yourself a lot of time instead of chopping down trees. But the strategies we’ve introduced are the fastest (certainly not the best) you can rely on when you first find a village.

Hope this guide has been useful, there could be faster ways to obtain the emeralds. You should note that the methods we’ve discussed are purely the writer’s opinion and nothing has to be taken as a matter of fact. If you know a better strategy, then you can come to Crafty’s Discord server and let us know!