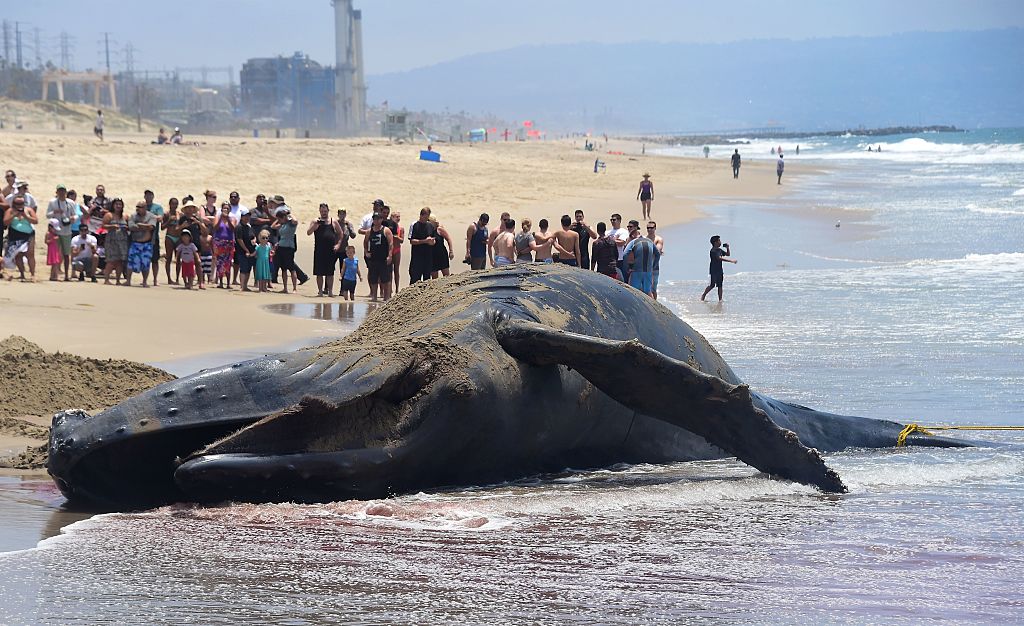 A dead humpback whale along the Canadian coast is making several dogs sick after eating its carcass, according to reports earlier this week.

The large marine animal washed ashore along the British Columbia coast, where its decaying flesh is causing not only a nuisance in its surrounding environment but also a bait for canines in the area.

The dead whale is only one of four washed up dead humpback whales along BC beaches over the past month.

The series of related events have prompted local authorities to warn against the handling of dead animals or marine animals in the area.

The warning pertains particularly to pet owners trying to prevent their fur friends from eating the meat of dead whale carcasses.

The mysterious phenomenon has raised concerns among the authorities and conservation officials alike regarding the possible causes that led to the deaths of the humpback whales.

While unusual as it seems, previous reports suggested that the increasing interaction between the sea creatures and humans is causing such fatalities, which are reportedly likely the result of entanglement or vessel strikes.

The Fisheries and Oceans Canada (DFO) reportedly stated that it was aware that several dogs became severely ill after eating the meat of the decaying whale carcass, in reference to the incident in the Masset Inlet area of ​​Haida Gwaii on November 5.

The DFO emphasized that the consumption of dead whale meat can cause bolutism, an illness associated with serious symptoms like vomiting, difficulty in swallowing, and partial facial paralysis for humans.

The Canadian government department explained that this is the case since the marine mammal meat could contain high levels of heavy metals and toxins that the whales acquired in the ocean.

Since October, multiple dead humpback whales have been found along the BC coast, including two whales that showed signs of death from blunt force trauma.

Experts said the rebounding population of the humpback whales and heightened human activities could explain the recent death toll, according to the Canadian Broadcasting Corporation (CBC),

Humpback whale researcher, Jackie Hildering, from the Marine Education and Research Society, stated that people need to understand that humpbacks behave differently than other whales, including distinct behaviors like sleeping and movement patterns.

The DFO stated that it will take a few months for the necropsy results to identify the main cause of the humpback whale’s death.

Although there are early signs that the animal died as a result of a vessel strike or ship strike, as cited by CTV News Vancouver Island,

The said phenomenon pertains to the collision between whales and other marine animals with a large man-made vessel.

In the United States, the NOAA Fisheries recorded that there have been elevated humpback whale mortalities from 2016 to 2022 along the Atlantic coast, especially from the states of Maine to Florida.

Examinations also revealed that some whales died based on evidence of pre-mortem vessel strike.

However, the US agency clarified that the findings are not consistent and need more research.