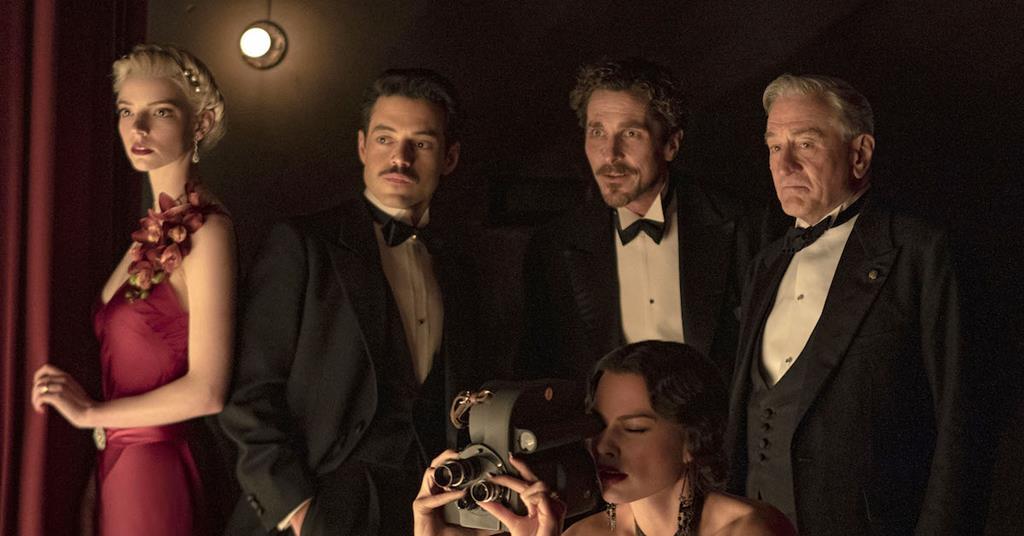 David O. Russell’s films burst at the seams, his characters barely able to contain their big dreams and even bigger personalities. But such unbridled energy requires a careful execution, lest the proceedings become exhausting rather than exuberant; a distinction Amsterdam fails to recognize. Although stuffed with ambition and the occasionally arresting moment, this 1930s mystery flaunts a freewheeling spirit that far outpaces its convoluted story and dramatically thin protagonists. The picture couldn’t look better thanks to its ace period detail and Emmanuel Lubezki’s enrapturing photography, but the writer-director’s usual emotional maximalism is both cranked up too high and not nearly affecting enough.

Opening on October 7 in multiple territories including the UK and US (following IMAX preview screenings in the US on September 27), Russell’s first feature since 2015’s Joy boasts an array of award-winning stars including Christian Bale, Margot Robbie, John David Washington, Rami Malek and Robert De Niro. In its flamboyance and sprawling scope, Amsterdam resembles multiple-Oscar-nominee American Hustle, a sizeable hit ($251 million worldwide) which, similarly, was loosely based on actual events. The possibility of Russell’s latest duplicating that success seems unlikely, however, with reviews likely less than glowing.

In 1933 New York, doctor Burt (Bale) and lawyer Harold (Washington) are longtime best friends who met in France while fighting in the same regiment during World War I. But when their aged commanding officer Bill Meekins (Ed Begley Jr.) is found dead — and the autopsy suggests he was murdered — Burt and Harold determine to get to the bottom of it. Their investigation will lead to them reuniting with Valerie (Robbie), a nurse who patched them up in the Great War, fell in love with Harold and then disappeared.

Touching on everything from fascism to racism, Amsterdam looks to the past to tell a story about present-day woes, plunging our three heroes into a tale full of intrigue, romance and dark comedy. (Because of Burt’s severe battlefield injuries he now requires a glass eye, which tends to fall out at the most inopportune times.) But Russell drapes his film’s sober concerns in stylish looks, accentuated by JR Hawbaker and Albert Wolsky’s glamorous costumes and Judy Becker’s rich production design. This is just one way that Amsterdam is drunk on its own showmanship, confidently shifting between time periods, sporting voiceover from two different characters, and every once in a while slowing down the feverish forward momentum to focus on Harold and Valerie’s blossoming attraction. (Lubezki’s floating camera is especially useful for the love story, lending a little fairytale magic.)

Unfortunately, Amsterdam‘s boisterous panache can only take Russell and his spirited actors so far. The bond between Burt and Harold always feels superficial, and despite Robbie’s ultra-chic portrayal of this kindly nurse who’s also an artist suffering from a touch of vertigo, she can’t overcome a character loaded down with quirks. In fact, many in the massive ensemble seem to have been encouraged to give slightly exaggerated, self-consciously “old-timey” performances. Malek and Anya Taylor-Joy play an eccentric married couple with an unexpected connection to Valerie, while Andrea Riseborough is frustratingly broad as Burt’s snooty, upperclass wife. With the exception of a nicely restrained De Niro, portraying a somber general who emerges as the film’s moral compass, the supporting cast is “colourful” without being particularly memorable.

That said, Amsterdam can sometimes be breezy fun, the story’s unpredictability and the main characters’ openhearted desire to find their place in the world — a familiar trait in Russell protagonists — intermittently compelling. And although Bale often goes to extremes when working with the director, donning outrageous wigs while depicting foolhardy souls, he locates in Burt a man who was physically (and psychically) shattered by the war, yet refuses to let go of his optimism about people. There’s a winning sweetness and vulnerability to the role that Amsterdam‘s overly busy and increasingly complicated plotting can’t quite accommodate for. Instead, Burt and his friends will go down a conspiracy-laden rabbit hole while investigating Meekins’ killing that results in a heavy-handed — albeit, apparently fact-based — revelation that’s not especially satisfying.

As in American Hustle, the writer-director wants to marry a rolling narrative to a thoughtful commentary about America, painting an unflattering portrait of a nation that too easily forgets those who fought in its wars while buying into a myth of its unrivalled greatness. Many of the people Burt, Harold and Valerie encounter are cynical or corrupt but, in typical Russell fashion, his main characters have retained their idealistic streak. Amsterdam‘s joyous, indulgent cheekiness is meant to celebrate that playful defiance, turning a potentially tense whodunit into a giddy, sweeping romp. But what once felt effortless in Russell’s orchestrated mayhem here seems strained, a lark that refuses to take flight.