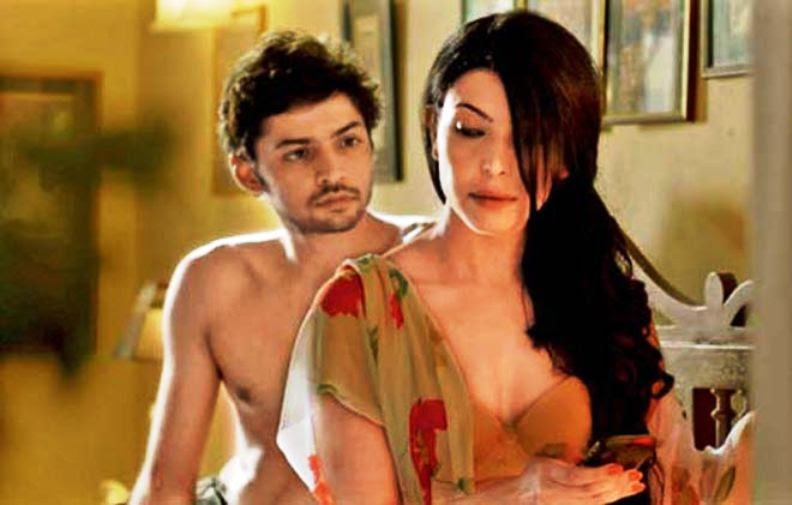 Why not one day we cast aside the glamor of Bollywood movies? The feel good scenes combined with songs and dances along with powerful dialogues and a happy ending. It happens in real life as well. But then we also have our own dark secrets, our own grief and we try to find a way to deal with them. Journey of life is like a train passing through a tunnel which we need to traversethe full length and then see the light at the rear end. But then what if the tunnel has a dead end? A point of no return.

Based on Mohan Sikka’s short story ‘The Railway Aunty’, the movie BA Pass was released under the banner Tonga Talkies on 02 August 2013. Producer and the Director Ajay Bahl left no stone unturned to prove this movie a masterpiece and not a C grade erotica . Not to forget the female antagonist Sarika Aunty (played by Shilpa Shukla) won the Filmfare Critics Award for Best Actress (2014) and cherry on top the Screen Award for Best Villain (2014). The movie also fetched Mohan Sikka the Screen Award for Best Story (2014).

Dealing with the grief of losing parents at a tender age looks like deception. It leave us with the eternal question – Why so early? What was the hurry? The protagonist of the movie a young boy Mukesh (played by Shadab Kamal) doesn’t even have the luxury of mourning for his parents as he is tossed from the small town where he lived with his teenage sisters to the harsh realities of life. No, he never wanted to go to that hostile aunt buaji, (played by Geeta Aggarwal Sharma) and equally nasty cousin in Delhi. Instead he wanted to take care of his sisters by staying in the village. Orphaned and penniless what other choices doeshe have in life? Mukesh tries to blend with the family of his buaji where he is treated no less than a servant and also has to complete his graduation. He has to be the namesake of the movie – BA Pass. His only joy lies in playing chess singly with the tactics of Garry Kasparov where he befriends Johnny (played by Dibyendu Bhattacharya) who made coffins for a living. Mukesh dreams of freeing his sisters from the clutches of orphanage and Johnny wishes to make a life in Mauritius.

As the reel rolls by we find Buaji hosting a kitty party where as usual Mukesh has to follow run errands and has a brush up with Sarika aunty inside the toilet where Sarika is caught smoking and Mukesh entering for a bath. Like an eagle waiting for its prey Sarika high on erotica promises buaji a basket of apples provided Mukesh picks it from her residence. Not to forget Sarika’s husband is the boss of Mukesh’s uncle and she refuses to take a no for an answer. Mukesh reaches Sarika’s residence one morning only to find an old and crippled ‘Beejee’ admonishing him and referring Sarika a ‘Chudayl’ (witch). Very wittingly Sarika dismisses Beejee’s bakhwas (talking s**t) and takes down Mukesh to travel the tunnel with a dead end, a point of no return. High on erotica she not only seduces Mukesh but also introduces him to other lonely, neglected housewives from the upper class urban society. And in return Mukesh gets a handful which was his and his sisters’ essence of survival. The hellish journey leading with a devastating outcome. He turns a male call boy, gets caught by Sarika’s husband, Khanna ji (played by Rajesh Sharma), and in turn gets evicted from buaji’s house. Mukesh affront disrespect, volley of abuses, betrayal, and beggar and ultimately a male whore. In the meantime his sisters’ pleads him to come and rescue them from the orphanage where they were put up and were forced to appease clients.

Writes Anupama Chopra in Hindustan Times, “BA Pass holds your interest as long as Bahl sticks to Sikka’s darkly twisted story. But each time he diverges — including his choice of the film’s cheesy name (Sikka’s story is titled The Railway Aunty) — the narrative wobbles.

The plot additions, including Mukesh’s sisters’ problems at a home for orphans and his desperate attempts at raising money towards the end of the film, are feeble. Some of the sex scenes are unintentionally funny — even in the throes of passion, for instance, Sarika keeps her bra on. But mostly, the film is tripped up by its strangely solemn yet voyeuristic tonality, a gaze that is both sympathetic and leering. Beyond a point, it becomes repetitive and Bahl is unable to hold your interest in these sad and sordid lives.”

Deepti Naval appears in a cameo who just needs someone to talk to over a cup of tea. No sex, no undressing oneself but just someone with whom she can talk. The thing I liked in Sikka’s story is how deftly he has played with his characters right from the auntiji’s plush neighborhoods to the terrifying call boys with their sickly glances. No mercy has been rendered on Mukesh in the story even when he bleeds after getting raped by four deadly goons. The sex scenes between Mukesh and several auntiji’s including Sarika has been projected very aesthetically. Flawless direction with a devastating and heart wrenching end compels the audience to shakeup to the core. No, it is not a onetime watch. The movie will ameliorate you to rewind and repeat. No harm, please go ahead and watch.

If you ask me, my answer is that I have watched it multiple times and still my heart yearns for more. Why me? I have questioned myself several times. May be I am that lonely Deepti Naval who wants someone to talk to or am I trying to be that angel a rescue messiah for Mukesh? Time we question our identities in line with the movie. Ah, I nearly forgot Johnny’s story. Is he equally miserable like Mukesh? Why does he have to spend his days working in a graveyard while he wants to fly to Mauritius? Enough that I have spoken about the movie. Please watch it. Trust me you will love it.

Rimli Bhattacharya is a first class gold medalist in Mechanical Engineering with an MBA in supply chain management. She has contributed to two anthologies, A Book of light and Muffled Moans and has written two solo books, The crosshairs of life and That day it rained and other stories. Her other works have appeared in twenty nine literary magazines & E – Zines. She is also an Indian Classical dancer. Views expressed are personal.

Readers, please feel free to share your opinion by leaving your comments. As always your valuable thoughts are highly appreciated

About A Potpourri of Vestiges