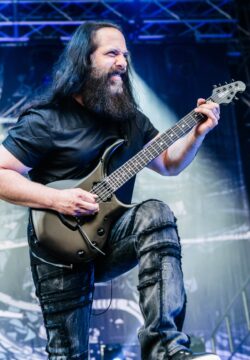 John Petrucci is the guitarist for the Grammy Award winning Progressive-Metal band Dream Theater. In support of his most recent solo album “Terminal Velocity” Petrucci has announced a multi date tour which will feature bassist Dave Larue and former Dream Theater drummer Mike Portnoy. Media Mikes had the chance to speak with Mike recently about the album, reuniting with his former drummer and what we can expect from the upcoming tour which kicks off October 5th.

Adam Lawton: What can you tell us about your most recent solo album “Terminal Velocity”

John Petrucci: I did my first solo album “Suspended Animation” back in 2005. That album came about after performing on the “G3” with Joe Satriani and having to write songs to perform on that tour. Those songs ended up becoming the first album. Being so busy with Dream Theater I never really put much emphasis on doing a follow up record despite getting asked quite often about it. As years went by, I just never seemed to have the time but when the pandemic hit and all touring stopped, I knew there was going to be some time. I had been stock piling ideas and riffs since my last record, and I knew if I didn’t do this now it was probably never going to happen. I put all the material I had together and recruited Dave Larue and Mike Portnoy to play on. It was a lot of work, but I think it turned out really cool.

AL: What was it like going back and revisiting this material that you had been collecting for so long?

JP: A lot of these ideas were not full songs. When I am playing guitar and something hits me, I will just hit record. The quickest way is usually through my iPhone. I am pretty organized, and I keep everything in a folder, so I had the seeds of songs to start with. From there I was able to go back through my collection and pick out different things that I thought would work. I started with idea number one and just began working from there re-learning what I had while also adding to it. 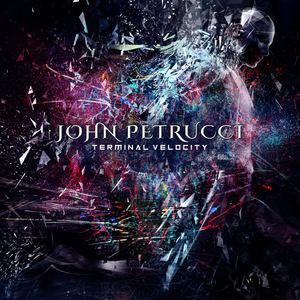 AL: What led to you asking Mike Portnoy to play on the album?

JP: I like to keep my solo stuff separate from what I do with Dream Theater. Even though I had played live with both Mike Portnoy and Mike Mangini on “G3” outside of Dream Theater I really wanted to keep things with the solo album totally separate from the band. I wanted the album to be just about guitar and given the fact that Mike Portnoy is no longer in Dream Theater this followed the rule I set for myself. Mike’s a very busy guy and because of the Pandemic he also had some free time so when I asked him if he would be interested, he said yes.

AL: Did you have what you wanted laid out for both Mike and Dave or were they able to bring in their own ideas?

JP: While I was writing and recording the guitars my engineer James Meslin would program drums. Either he or I would then play the bass so even before Dave and Mike were involved the songs existed as completed pieces. We could have released the album just like that, but it is so much better having these guy play on there. When they came in they basically just had to learn compositions. At one point Mike asked me if I wanted things exactly as they were, and I told him these were basically just a guide and that he could do what he felt would make the song work. With Dave it was the same way. The two of these guys really brought the album to life and I was very happy with the end result. Even though we recorded the parts separately I think the album has a live energy and feel to it.

AL: Being very much a “tone” guy when it comes to guitar, how did you approach that aspect of the record?

JP: Dream Theater recently built a new facility to accommodate all of the bands needs. This included a studio space. My solo album was the first album that was recorded there. It was a little bit new however the guitar recording approach was very similar to how I do it with Dream Theater. I am a purest and have been playing my signature Ernie Ball Music Man guitars for 20 years now. I plug that into my signature Mesa Boogie head and then let the engineer mic up my 4×12 cabinet and we are off to the races. After we finished the solo record we went and did “Liquid Tension Experiment 3” in the same studio as well as Dream Theater’s “A View From the Top of the World” which we won a Grammy for! Having recorded guitar for those three very different projects the guitar stayed consistent from one thing to the next. We do experiment with different microphones and such but its basically me plugged straight into my amp. I like to keep things as pure as I can and capture that sound as it is.

AL: When did the idea to tour behind the release present

JP: That was always something I wanted to do. I had done a lot of “G3” tours but never an actual solo tour. Once I put the record out everyone started asking if I was going to tour behind it. When things started to open back up my priority was Dream Theater, so we got back into our cycle so once again I was left with no opportunity to tour solo despite wanting to. I generally know five or six months out what my schedule is going to look like and I saw that there was going to be a small window in the fall that I was going to have free. I asked my booking agent if we could get something scheduled and he was on it.

AL: Were Mike and Dave onboard with touring right away?

JP: Dave has been touring with me since 2001. He has done all the “G3” tours and of course both my solo albums. We had this running joke about if we were ever going to do an actual solo tour. Prior to that I think the joke was if I was ever going to do a second solo album. (Laughs) Dave said he would be there when the time came and he we are. With Mike we hadn’t played together live since he left Dream Theater twelve years ago. It was in my mind right away to ask him and when I did ask him, he said Yes.

AL: You are bringing out the reunited Meanstreak with you on the run. Can you tell us how that came together?

JP: The history there is the Dream Theater guys met the ladies from Meanstreak many years ago. My wife and I have been married 29 years. Both my wife and Mike Portnoy’s wife played guitar in Meanstreak while John Myung’s wife Lisa played bass. We all kind of got married and had families around the same time. We have been this big family for quite some time. Meanstreak’s disbanded and haven’t played for some time so when I started thinking of doing the solo tour, I mentioned to my wife about the ladies getting back together and opening for me. I am very excited for this. In all the years my wife and I have been together we have never toured together. We have played together a few times but never anything like this. This tour is going to be fun for fans on a few different levels as not only will they get to see Mike and I play together again but a lot of people will be getting to see Meanstreak for the first time as well.

AL: Any other projects or releases you might want to mention?

JP: There have been a lot of big things that happened for me personally over this last year. I have a new line Ernie Ball Majesty and JP15 guitars that came out in June. I released a Neural DSP plug-in that was a lot of fun as well. We just released out first video from the record for the song “Temple of Circadia” it’s an animated “Wayne’s World” meets “Indiana Jones” type story. (Laughs) Dream Theater will be touring next year and will be releasing more info on that later on but the biggest thing right now is this upcoming solo tour which kicks off October 5th in Providence, RI.

For more information on John Petrucci and all his projects visit www.johnpetrucci.com