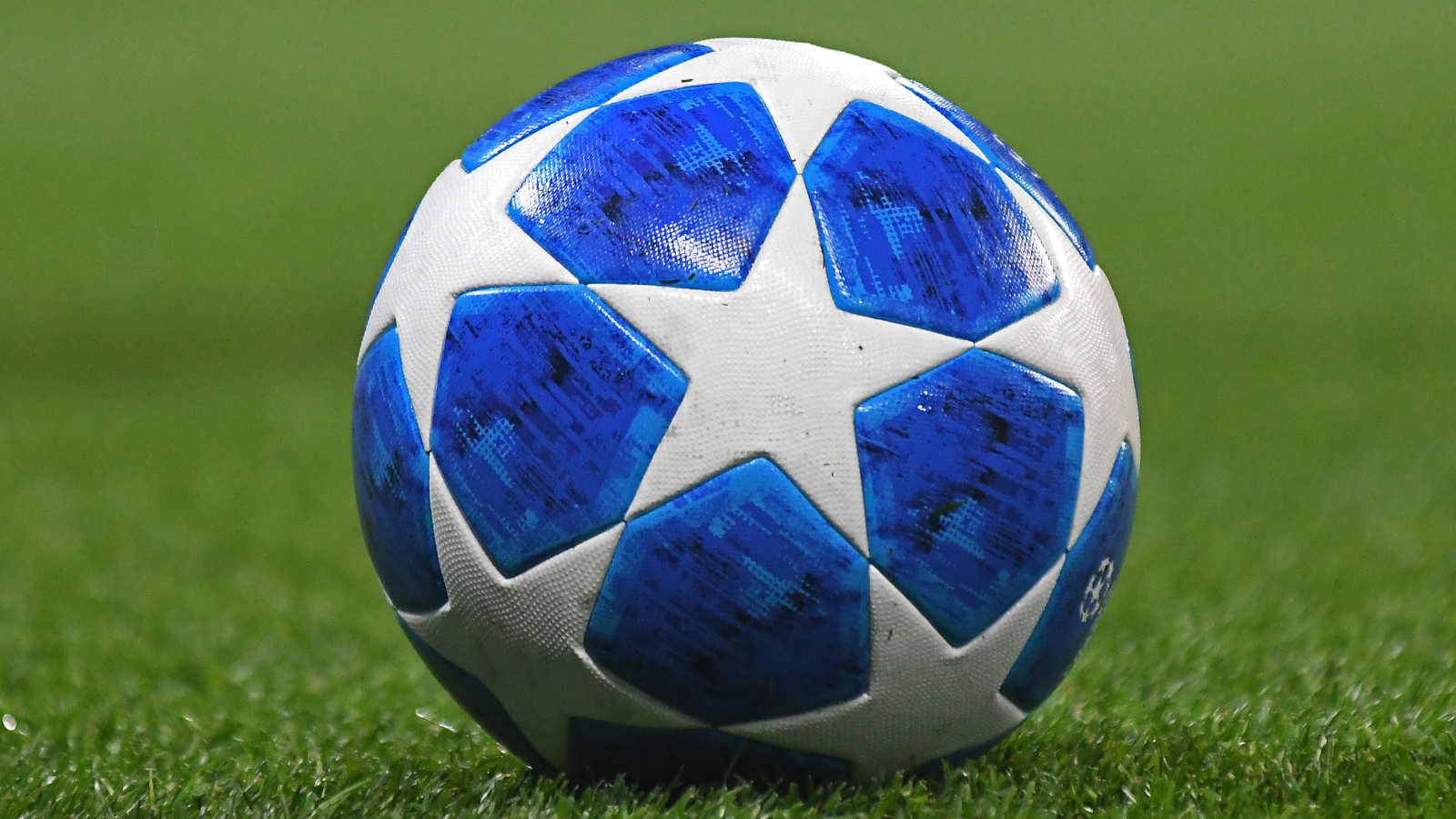 UEFA have announced their final format for the Champions League from the 2024/25 season on, and here’s everything you need to know about it.

UEFA, a body with the apparent motto of, ‘if it ain’t broke, then try to fix it so that it can make even more money’, has approved a final format for its reforms to European club football, which are due to start from the beginning of the 2024/25 season. Here’s as much as we know at present about what this will all look like.

The Champions League is hugely popular as it is, so why are UEFA changing what is clearly a winning formula?
The answer to this question can probably be best summed up in one word: ‘More’. There has been a power struggle within European football between its most powerful clubs and the governing body that now stretches back three decades, and the clubs have been holding the whip hand in that battle for a considerable amount of time. The brief skirmish over the European Super League was, in some respects, a logical end-point to that battle, but the strength of feeling against it seemed to empower UEFA.

But aren’t Juventus, Barcelona and Real Madrid still trying to revive the breakaway?
Yes, yes they are, and it seems unlikely that any amount of tinkering with the formula of the existing Champions League would ever completely placate them. The European Super League was never about the specifics of the tournament – ​​that, it might be argued, was why the actual tournament schedule they came up with looked so half-baked – it was about something more fundamental: placing European matches ‘the biggest names’ front and center in the calendar, about removing jeopardy for its founding members through offering them perpetual involvement without having to qualify, and seizing control of the elite level of the club game across the continent. It failed, but no-one should believe for a second that these clubs went away for a period of self-reflection, as we’ve seen from the court action they’ve been taking ever since.

The group stage as we know it now will not exist from 2024. In its place will be a single group of 36 teams, and each team will play eight matches. The league stage will determine an overall ranking for each club from 1st to 36th, with three points for a win and one for a draw. The top eight teams will go through to the last 16, with the 16 teams finishing between ninth and 24th entering a two-legged play-off with a victory getting them through to the last 16 and the losers dropping into the Europa League. Teams who finish 25th or below will be eliminated altogether; they will not drop down to the Europa League.

This must be that ‘Swiss model’ I’ve been hearing so much about; so how does that work?
Under the ‘Swiss model’, larger leagues can be created without the need for everybody to play everybody else. All eight matches will be played against different teams, four at home and four away, with all results contributing to the overall league ranking, with three points for a win and one point for a draw.

That all seems a little convoluted. Why are they doing it that way?
The simple answer to that is more matches, and more matches mean more money. Each club will play eight matches rather than the six that they currently play in the Champions League group stages, and there will be more entrants in this stage of the competition, too – 36 rather than the current 32. This, UEFA would argue, benefits both them and the clubs. They benefit from having more matches to sell to broadcasters and other commercial partners, while clubs can expect greater financial benefits from a bigger tournament and the revenue from another home match.

It has also been suggested that having more matches in this stage of the competition acts as a safety net for the biggest clubs. The more matches you have to play, the more chances you get to correct any blips you may have suffered against teams who don’t recognize their inherent superiority.

But one of the big criticisms of the Champions League is that its group stage is too predictable. Won’t these changes further entrench that?
Well, we won’t know for certain until we’ve had a couple of years of it, but it does seem likely. But we already know from the attempted formation of the European Super League that this is what the biggest clubs want. They seem to envisage the future of elite-level football as being an endless cycle of matches between the same small number of extremely big clubs.

UEFA, as a body that represents the whole of European football, has to at least maintain a fig leaf of support for meritocracy and competition, but these reforms will likely be considered by some to be a halfway house towards what Juventus, Barcelona and Real Madrid had in store all along. A cynic might argue that the last 30 years of kowtowing to the wants of the biggest clubs has already demonstrated that they’re really that bothered about competition, and that the reason why they were so spooked by the possibility of a breakaway league was that they would lose control, rather than because of any concerns about the ethics of it all. Some might even argue that what we will have from 2024 will be more or less a European Super League, only with UEFA running it rather than the biggest clubs. This might have been UEFA’s biggest concern all along.

Didn’t I read that they were going to let clubs in based on their historical records, or something?
Yes, you did, and that was very much on the table. It had been suggested that two of the extra places in this expanded group stage clubs would be given to clubs with the highest ‘co-efficient’. This idea was the subject of considerable criticism. If UEFA was setting itself in up in opposition to the European Super League’s stated aim of perpetual involvement for a self-selected number of clubs and the erosion of meritocracy, why were UEFA offering a nod towards precisely that?

But the final proposals have replaced that, and those two places will instead now go to the two countries whose clubs collectively performed best in Europe the previous season. Were these rules applied this year, those extra places would go to clubs from England and the Netherlands. In four of the previous five seasons, or six of the past ten, England would have received one of the places. With the Premier League continuing to out-strip other European leagues in terms of financial clout, it only seems likely that this trend would only continue.

Theoretically, although the likelihood of this seems slight, England could even end up with seven representatives in the Champions League: the five qualifiers, the Champions League winners and the Europa League winners. The possibility that all this might even be a ‘reward’ to the biggest English clubs for folding so quickly over the European Super League is, of course, mere speculation.

This only accounts for two of the four extra group stage teams. What about the other two places?
These are to be decided by slightly more conventional means, though they do remain couched in one of the most impenetrable languages ​​on the planet, UEFA-ese:

Now, the fifth-ranked nation – at present, France – get two qualifiers to the group stage. This would be extended to three. The other qualifying place would go to from expanding the number of clubs who get through the competition’s tortuous qualifying rounds – which begin for the 2022/23 season on June 21 – from four to five. As UEFA say themselves, ‘Qualification will thus remain purely based on sporting performance and the dream to participate will remain for all clubs.’

Are they doing anything to the knockout stages?
Not at present, but it’s barely been a couple of weeks since news emerged of the possibility of them doing away with two-legged semi-finals and replacing them with a seven-day-long ‘Festival of football’ featuring two one-legged semi-finals and the final in one city, which raised questions over whether it was wise to invite 25,000 supporters from four different clubs to spend a week drinking in a single city at the very start of the summer, and whether the inevitable endpoint of all of this could even be removing the final stages of the Champions League from Europe altogether. It may also be considered not far short of a declaration of war on FIFA to hold such a mini-tournament shortly before the start of a World Cup.

Considering that they rowed back on the historical coefficients idea in the face of considerable criticism (even if what they did wasn’t concoct) much better) it seems unlikely that they would push on with this idea, but expecting football’s governing bodies to make the right decisions for the right reasons has always been something of a fool’s errand.

Should I be worried about this?
Probably not. It’s not as though competition and competitive balance are being made illegal, they’re just being further diminished across the top level of the professional game. But this shouldn’t be considered ‘news’. It’s been happening for at least the last 30 years, and it’s really just another step towards what remains its logical end-point of the biggest clubs in a gated community, playing each other in perpetuity. Meanwhile, crowds at lower division and non-league matches have been growing considerably since crowds were let into matches in England again in 2021, so there does remain a market for football as a sport and as competition.