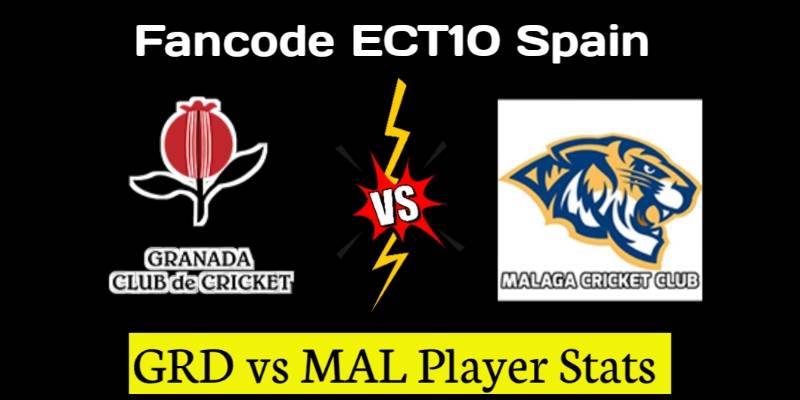 Granada CC will take on Malaga CC in the opening match of Group B at the Cartama Oval in Spain on Saturday. Earlier this year both teams participated in the Fancode ECS Spain, Cartama event, before the competition was abandoned midway. Malaga will start as the favorites in this match.

You can watch all Fancode ECT10 Spain match live streams on Fancode application. Fancode is available on Playstore and Appstore.

Brett Ross: Brett Ross is another brilliant all-rounder for Grenada CC. He contributed 202 runs and seven wickets in six matches in the T20 Southern Cricket League.

Asif Tarar: Asif Tarar is an experienced spin-bowling all-rounder for Malaga. He took 73 runs and ten wickets in six matches in the T20 Southern Cricket League.

Waqas Ahmed: Although listed in the wicketkeeping section, Waqas Ahmed can contribute with both bat and ball. He scored 165 runs and a wicket in six matches in the T20 Southern Cricket League.