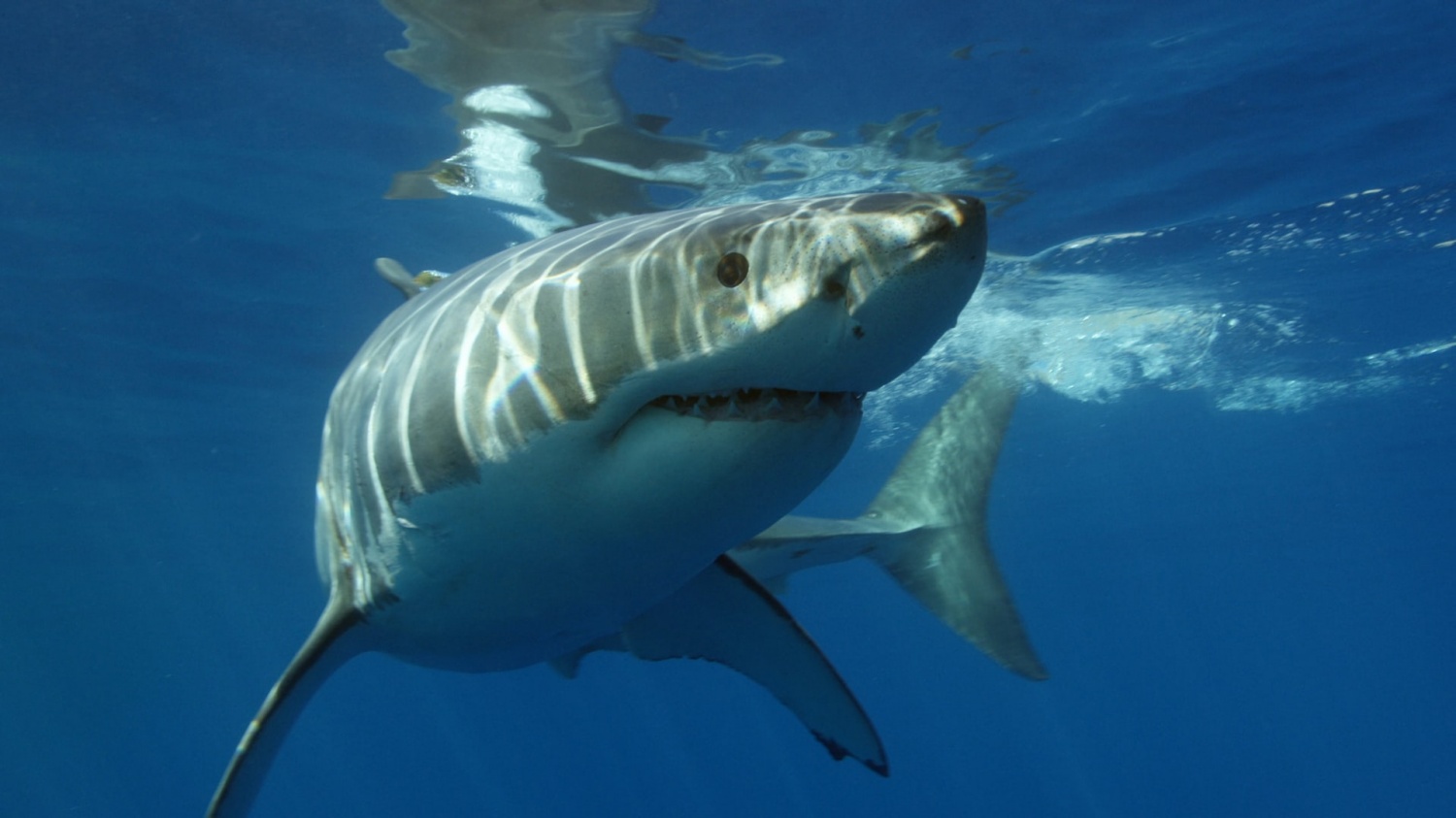 A pretty meta development recently involved a great white shark drawing a self-portrait in the oceans of the Atlantic while wearing a GPS tracker.

The image, which was posted by Twitter account holder Jeff Barnaby, shows the shark’s path, and when the dots are connected, it almost resembles the shape of a shark.

Shark tracking is a crucial part of how marine biologists study the behavior and migration patterns of sharks as well as their movements.

According to a tweet from Barnaby, the shark of the hour is Breton the Great White. According to reports, the great white shark is a male and is over 13 feet long, and weighs 1,500 lbs. He was given a satellite tagger in 2020 by the ocean research organization OCEARCH to safeguard the threatened species.

Breton is renowned for his extensive travels; in October 2021, the great white shark covered about 1,500 miles.

According to The Inertia, Breton was first tagged on Cape Breton Island in Nova Scotia. He frequently swims along the East Coast of the US.

Despite being prohibited in many countries, humans still hunt sharks for their fins, medicine, and other organs used in food and medicine. However, a study from 2020 found that they also have comparable hunters in the ocean.

Killer whales known as orcas have reportedly been attacking great white sharks and feasting on their organs. This finding is based on autopsies that were done on six carcases of these powerful sea predators that had washed up on South African shores over the years, News 18 reports.

To assist scientists in gathering previously inaccessible data in the ocean, OCEARCH, a global non-profit organization, researches the ocean’s giants.

The long list is found on the OCEARCH Shark Tracker Website, along with the locations on the map where each shark was pinged. Most of the pings are on the North-Atlantic ocean.

The greatest predatory fish known to man is the great white shark, with lengths reaching 20 feet. The ocean giant has 300 teeth, but it does not chew its food. Sharks tear their prey into pieces to fit into their mouths before eating it whole.

The shark can cruise effectively for extended periods thanks to its heavy, torpedo-shaped body, and then abruptly shift to high-speed surges in pursuit of prey, occasionally leaping out of the water. It consumes a wide variety of prey, including dolphins and large seals as well as small fish like halibut.

Great white sharks are significant predators at the top of the marine food web because of their size and strength. The biology and behavior of the great white shark are poorly understood, despite its notoriety and reputation.