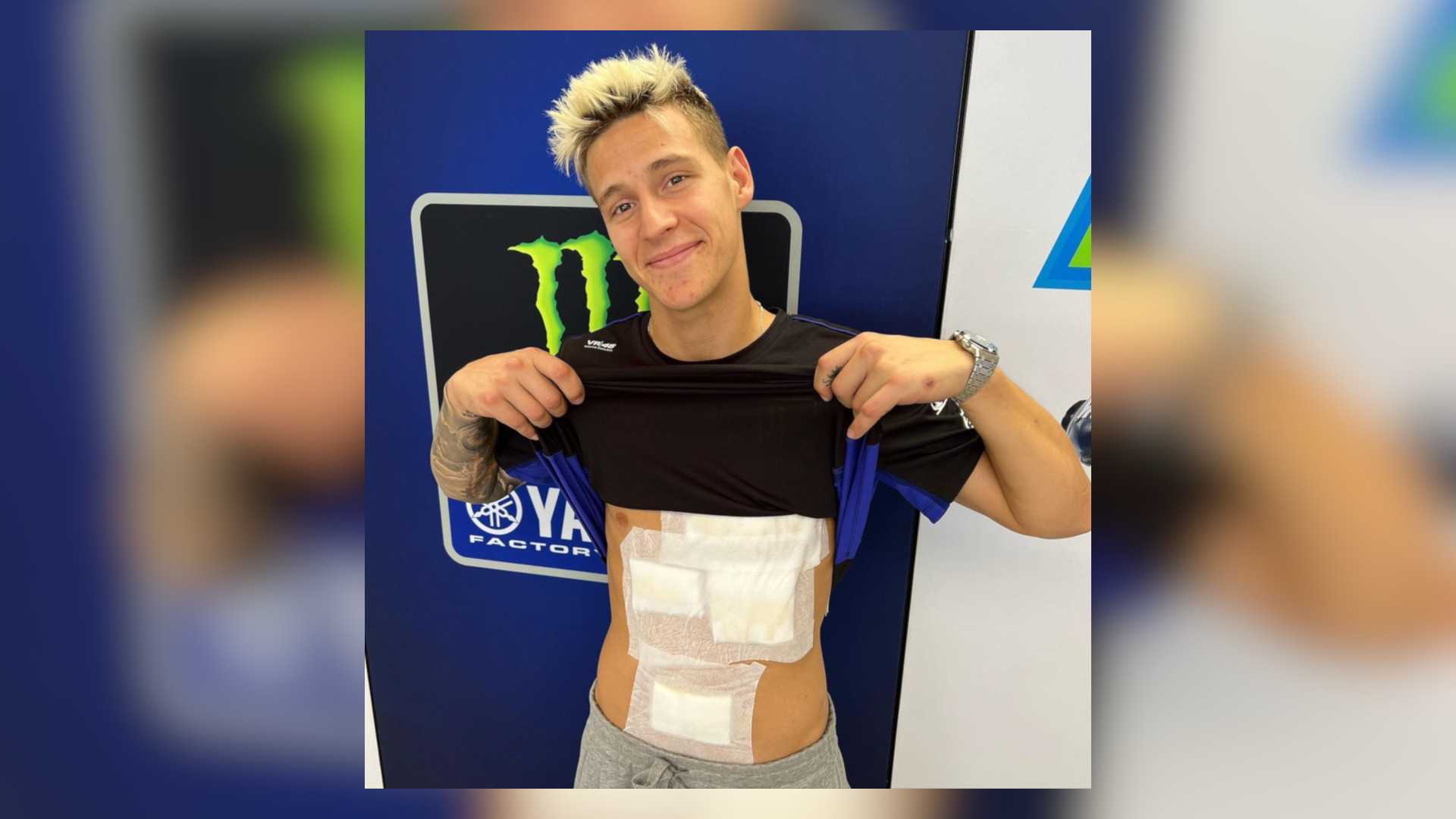 The 2022 MotoGP round at Aragon could have serious consequences for the rider’s championship—and as we head into the next round in Japan, it’s likely that no one knows that better than current points leader Fabio Quartararo.

Despite crashing out in a tangle with Marc Marquez during Lap One at Aragon, he’s still at the top of the standings, with 211 points. In second place is Pecco Bagnaia with 201 points—and since each race win is 25 points, that margin is very slim, indeed. With five races left to go in the 2022 season (including Japan), there’s still a lot that could happen.

In the crash with Marquez at Aragon, Quartararo suffered some burns to his chest—and if you watch some of the video footage, you’ll see that the front zipper on his racing suit appears to be open. Now, you may be thinking that this sounds familiar, particularly if you were also watching the 2021 Catalan Grand Prix, where Quartararo’s suit was also open but no crash was involved.

After examining Quartararo’s race-worn suit from Aragon, as well as reviewing video footage of the incident taken from various angles, Alpinestars stated that two things apparently happened. First, the airbag on Quartararo’s suit inflated before he hit the ground, as it absolutely should have done.

When Quartararo landed on his back on the ground, the combination of the airbag’s inflation and the leather’s stretch as he slid on the ground amped up the stress levels on the suit. It was then that Quartararo’s front wheel came in contact with the front of his race suit, and that’s when the rubber from the tire caused the zipper’s teeth to fail, resulting in the suit opening and Quartararo sustaining chest burns.

Post-crash examination of the suit in the A-stars laboratory revealed that all the seams were intact after the crash—including those holding the zipper in place on the front of the suit. The company adds that although this was an extraordinary combination of events, it is already addressing ways to ensure that this doesn’t happen again in the future.

As of September 22, 2022, Quartararo told Autosport that he’d already had his first training session since the crash—and although the abrasions do hurt, he doesn’t expect it to be a big deal come race time. There are only 17 points separating the three top riders in the 2022 MotoGP championship—so it’s still all to play for, and every race place will count even more than earlier.