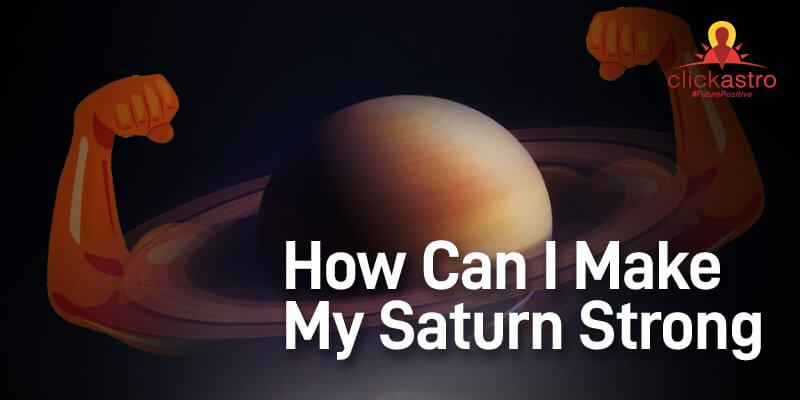 Whenever something goes wrong in life, you can hear people saying – “Shani must be angry with you.” Shani or Shani Graha is a very important planet in astrology as it has a profound effect on human beings and horoscopes. Also, Shani is considered to be somewhat dangerous as its influence lasts for the longest time among all the planets. For example, the Mahadasha of Saturn lasts for 19 years, which is about one-third of the average life span of people. This makes the planet seem cruel and troublesome but it is not necessarily so. Shani is actually a planet that plays the role of Karma. So, if you are a good person who works hard and does not wish harm to others, then Saturn will not harm you. You may have to work harder to get positive results, but if you pay your dues, you will come out on top. Alternatively, if you are a lazy person, then a weak Saturn can be very dangerous for you. Read on to know more about all these aspects.

Shani is known as the son of the powerful planet Surya and Chhaya or Chhaya. Since Chhaya was highly devoted to the planet Surya during her pregnancy, Shani is said to have been burnt by the sunlight and became excessively tanned. This made him a laughing stock among his peers, resulting in his fiery temper. As the slowest moving planet in space, due to its lame leg, Saturn transits a planet for a period of two and a half years. That’s why its effect remains at home for a very long time. Shani or Shani is the lord of the 10th and 11th house and these houses are associated with Karma and Justice. In a person’s life, the planet Saturn controls everything from life and death to home, children, wealth and intestinal diseases. As the arbiter of karma and justice, Shani also governs theft, legal matters and financial aspects. Hence, ensuring a positive Shani is of utmost importance if you want to lead a happy life. Get Free Shani Gochar Predictions for your Zodiac Sign!

What happens when your Saturn is weak?

If you feel that your Shani is weak then let’s look at the things happening from this aspect. One of the biggest effects of a weak Shani is the fact that, if your Shani is really weak, you will have to face many struggles in life. When you get over one bad event and expect things to get better, you get caught up in the next awful thing and the cycle goes on because you are facing the wrath of Shani. You may also feel that you have lost all your money and are in bad company. Since Saturn is also the ruling planet for justice and legal system, a weak Saturn can land you in jail. Also, a weak Shani can make a person suffer from many diseases related to the stomach as Shani is associated with diseases of the intestines. Overall, if your Saturn is weak, you may face a lot of bad news and events in life, including delays in important matters, disappointments in both career and life, as well as many obstacles in your way. Whatever you set out to do, your path will be blocked by many issues, which will lead to frustration and disappointing results. In fact, a weak Saturn wreaks havoc on every house of the chart, some to a lesser degree, and some to a greater magnitude. Get Your Free Career Horoscope Report

How do you strengthen a weak Saturn?

If your Shani is weak, it is important that you strengthen it to have a fulfilling life full of victories. Vedic astrology provides you many solutions to overcome this problem. Let us look at some such measures by adopting which you can strengthen your Saturn planet and ensure success in life. The first thing you should do is respect and honor Lord Shiva and the planet Shani as Shani is extremely devoted to Lord Shiva. Therefore, as the planet Shani is a devotee of Lord Shiva, only Mahadev is capable of freeing you from the clutches of a weak Shani. Chanting holy mantras to Lord Shiva and Shani will help you to save yourself from the wrath of the planet Karma. You should repeat this mantra 108 times every day to please the planet Saturn and work towards fulfilling your destiny. Also, when you chant mantras and remain hopeful, you must remember that Shani is a very slow moving planet. You will need to be brave and patient while waiting for positive results, so don’t give up easily.

You need to know powerful Shani mantras to make Shani benevolent. The next solution you can try is practicing yoga to remain mentally strong and courageous. A weak Saturn is capable of making you lose all motivation, but if you remain brave and visionary, you will be able to fulfill your destiny. You should also pay a lot of attention to always speaking the truth, doing the right thing, chanting mantras, eating a healthy diet and living a peaceful life, as these steps will take you closer to achieving your goal. You can also please a weak Shani by donating your valuable time, knowledge, effort and money. In fact, charity is the greatest means of achieving good karma and making peace with Shani. Get into the habit of donating valuables – If you don’t have money, you can donate your skills or your labour. You can also feed the poor by donating food on special occasions as this is also a great way to strengthen your Shani and move towards a happy life.

What happens if Shani is strong?

When your Shani is strong then you will be able to become very knowledgeable and scholar. Your hold on languages ​​and financial matters will be strong. You will get tremendous success in business as well as other careers, as a strong Saturn can be amazingly beneficial. If you are worried about recurring problems in your life, chances are you have been affected by weak Saturn. Practice these steps to strengthen the planet and enjoy better chances of success in life. What happens when Saturn is strong in the horoscope?