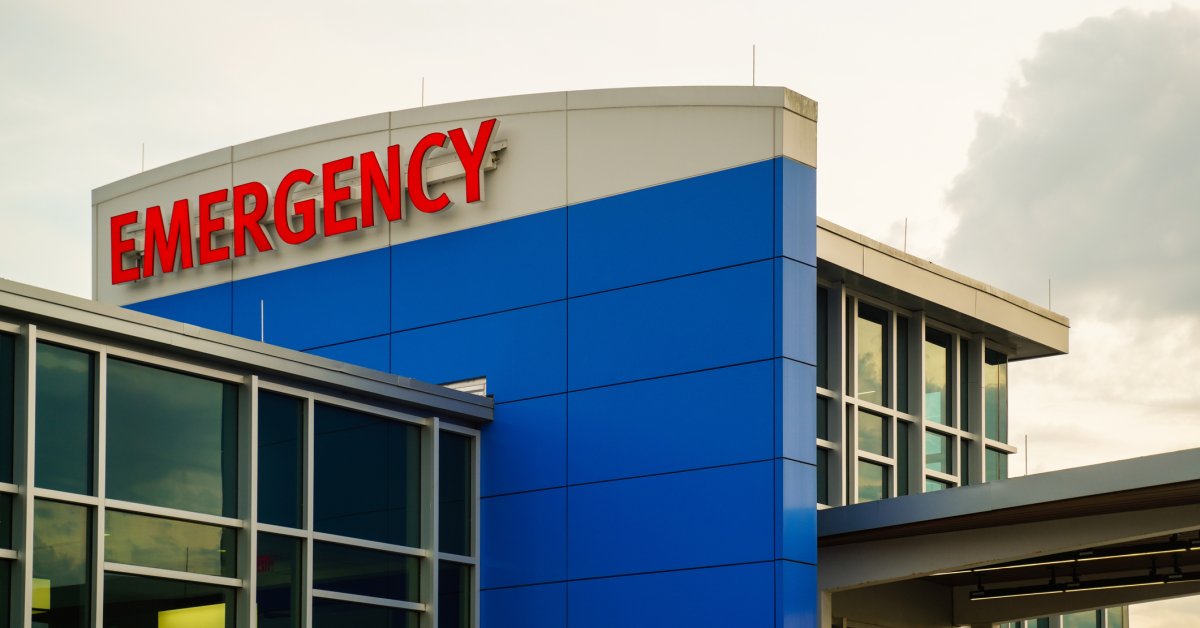 TeaOne of the biggest lessons COVID-19 taught hospitals is how stretched they can be stretched—and that includes morale, says Dr. Yves Duroseau, chair of emergency medicine and co-chair of disaster planning services at New York’s Lenox Hill Hospital .

Over the last nearly-three years, “we’ve seen employees try to go above and beyond, every day. That’s not sustainable—it’s too overwhelming,” he says. “So we’re looking at what to do now, because COVID is still a threat, and now we’re seeing issues like monkeypox and polio. Everyone Thinks: What’s next?”

Yet a new pandemic surge is far from the only potentially debilitating event facing hospitals. Most health care centers are continually improving their emergency-preparedness strategies on multiple levels, Duroso says. Like a seemingly endless action movie, there is a threat of fire from all directions. Some differ by location: Hospitals are required to prepare for hurricanes on the Gulf and Atlantic coasts, for example, and earthquakes and wildfires on the West Coast.

Taking steps to plan for the next emergency—even when no one knows what it will look like—can help build resilience. Here’s a look at the top five challenges hospitals are currently facing, followed by the preparedness plans they’re implementing.

While COVID-19 has shut down many hospital systems, it highlights just how far an infectious agent can spread — and how quickly. Hospital systems need to make sure they are ready for next time.

“No one believes that we are past the current and future threats when it comes to epidemics and pandemics,” says Eric Alberts, MD, senior director of emergency preparedness at Orlando Health in Florida. “Every hospital is still on high alert when trying to predict what lies ahead.”

2. Violence inside the hospital

The US Bureau of Labor Statistics reports that the rate of injuries from violent assaults against medical professionals increased by 63% from 2011 to 2018, and the Association of American Medical Colleges (AAMC) notes that it has only gotten worse since then. It is done. In a recent survey by National Nurses United, nearly half of the nurses who responded said they had experienced violence in the workplace, which was primarily initiated by patients. The situation is so dire that some hospitals have formed de-escalation teams to calm aggressive patients.

The emergency department is particularly prone to violent outbursts. In an AAMC study, nearly half of ER physicians said they had been assaulted, and 70% of ER nurses reported being hit or kicked at work.

The US Environmental Protection Agency has noted that rising global temperatures are associated with significant changes in weather patterns, which can lead to extreme weather events such as heat waves and droughts, more intense storms, more frequent tornadoes, floods and wildfires. Can become

Of course, this means that more people will need medical attention because of weather events. But it also sets up hospitals for more disruption and possible closures. When Hurricane Ian hit Florida this fall, 16 hospitals in the state had to evacuate patients. In December 2021, a Colorado hospital had to evacuate an entire neonatal intensive care unit due to wildfires—at a time when staff were short due to the winter holidays. Alberts believes that such incidents will continue to become more prevalent, putting enormous pressure on patients and their caregivers.

Cyber ​​security threats against health care systems have been on the rise in the past few years. Ransomware—when an attacker paralyzes a hospital’s computer system and demands a ransom to be released—is on the rise. According to the AAMC, these types of cyberattacks grew exponentially during the pandemic, with an estimated 1 in 3 healthcare organizations globally being hit by ransomware in 2020.

These incidents not only put organizations at risk – they can also impact patient care. For example, in October 2020, the University of Vermont Medical Center suffered a ransomware attack that locked employees out of electronic health records, payroll programs, and other digital tools. Patient appointments could not be scheduled, and most surgeries were delayed. Although the health care system refused to pay the ransom, it is estimated that the attack resulted in a loss of $50 million in revenue.

As hospitals strive to be well prepared for emergencies, they often face challenges such as funding, says Dr. Russ Kino, an emergency medicine specialist and medical director of the Weingart Foundation Emergency Department at Providence Saint John’s Health Center in California. Have to deal with issues. ,

“Most hospitals already operate on low margins, and they are contracting as insurers reduce coverage,” he says. “Financially and organizationally, we are in a tight and difficult spot.” Also, he points out, the average tenure of a hospital CEO is about 18 months. “So you trade in leadership, and it can reset all emergency preparedness plans.”

Overall staffing is another issue. According to a report by NSI Nursing Solutions, which surveyed more than 3,000 US hospitals in January 2022, the average hospital turnover rate is 25% annually, and as high as 27% for nurses. At the same time, demand is growing—the American Nurses Association estimates that there will be more nursing jobs available in the country in 2022 than for any other profession. All of this means that while hospitals need to do more when it comes to emergency preparedness, they are often accomplishing it with a reduced workforce.

Read more: Caring for Caregivers After the Pandemic

How hospitals step up

Although the top threats facing hospitals may seem unrelated — cyber threats and hurricanes don’t seem to overlap much, for example — they’re linked in part because of the way they need to be dealt with, Duroso says. Many hospitals use several main strategies: planning for the worst-case scenario; conducting training exercises for these prospects; increasing collaboration inside and outside the hospital; and renewables with climate change in mind.

For example, Providence St. John’s Health Center regularly conducts unplanned drills for active-shooter situations, which helps ensure that staff can seal off parts of the hospital and shut them down within minutes. Lenox Hill Hospital does the same, and the staff there is also trained on potential mass-casualty incidents that can bring dozens of seriously injured people to the ER at once.

“These types of exercises let us see where the gaps are with process and staffing,” Duroseau says. “This is especially important at a time of high staff turnover, which we have experienced over COVID.”

Similarly, Lenox Hill practices for cyberattacks that would disable entire computer systems or jeopardize patient care. Duroso noted that many hospital equipment, such as infusion machines that deliver drugs, run on a web-based platform, which means they could theoretically be hacked. He says the idea that a cyber attacker could deliver a lethal dose of pain medication from thousands of miles away is terrifying, which is why hospital staff are trained to switch to manual, offline systems during such a scenario. does.

“Cyber ​​situation is hard to crime,” he says. “The least we can do is train people on how to handle downtime disruptions in a way that protects patients. In general, we all know that we have areas of vulnerability to every kind of threat, and there is only so much we can do to combat it. but we can try.”

Another important aspect to managing the threat is collaborating with local and national services such as fire departments, law enforcement, state departments of health and the Federal Emergency Management Agency, Alberts says.

“If you take threats seriously, you can do a lot ahead of time if you plan in advance,” he adds. “Coordinating internally and with these external stakeholders really helps us better prepare and respond to crises of all types and sizes. Having the right people in the right place at the right time is a huge factor in any hospital system’s threat response.

This type of collaborative approach can also help ease tensions in other ways by creating stronger policies between hospitals and their suppliers, he added. For example, during the first year of the COVID-19 pandemic, health care systems struggled to secure enough personal protective equipment. Alberts says this situation is unlikely to happen again as hospitals develop more robust procurement and storage policies.

This same philosophy extends to cyber-attack prevention. For example, Lenox Hill now works closely with its software providers to ensure that multiple levels of electronic security protection are in place. “We never asked our technology vendors what they built in for security—we just wanted to know about functionality overall,” Duroso says. “Now, that’s the first thing we consider when [evaluating] A new technical contract.

Planning for weather events can be more straightforward. Hospital staff can analyze weather issues that have caused problems in the past – and then escalate them to extreme degrees. For example, this could mean preparing for record snowfall in North Dakota, reinforcing walls for multiple tornadoes in Kansas, building new facilities on higher ground in Florida, or ensuring a fireproof perimeter in California. Some hospitals may even be relocated – administrators of many of those damaged by Hurricane Ian have said they are considering relocating inland as a buffer against future storms.

“This is an ongoing issue that we are constantly trying to better understand, because the effects of climate change will continue to be a major threat,” Alberts says. “Hurricane Ian showed everyone just how much precipitation can happen in such a short amount of time, giving all of us a great opportunity to leverage this data for future efforts.”

One of the toughest challenges in preparing for major threats isn’t unique to hospitals: It’s simply not knowing what’s ahead. As Kino points out, there’s no way to plan for every possible contingency. But there is always hope that when a threat does arise, it can be handled with flexibility and efficiency.

“Despite everything that has happened in the last two years, we know that we are doing amazing and uplifting work,” says Kino. “Even on tough days, we’re still a team, and deep down, we love our jobs—that’s why we’re here. It’s pretty incredible to look back and see what we’ve accomplished through a pandemic, mass burnouts, mass casualties, and climate change. We’ve found a way, and I think this is what’s fueling every hospital right now: We know we’ll always find a way.

Must read more from time to time