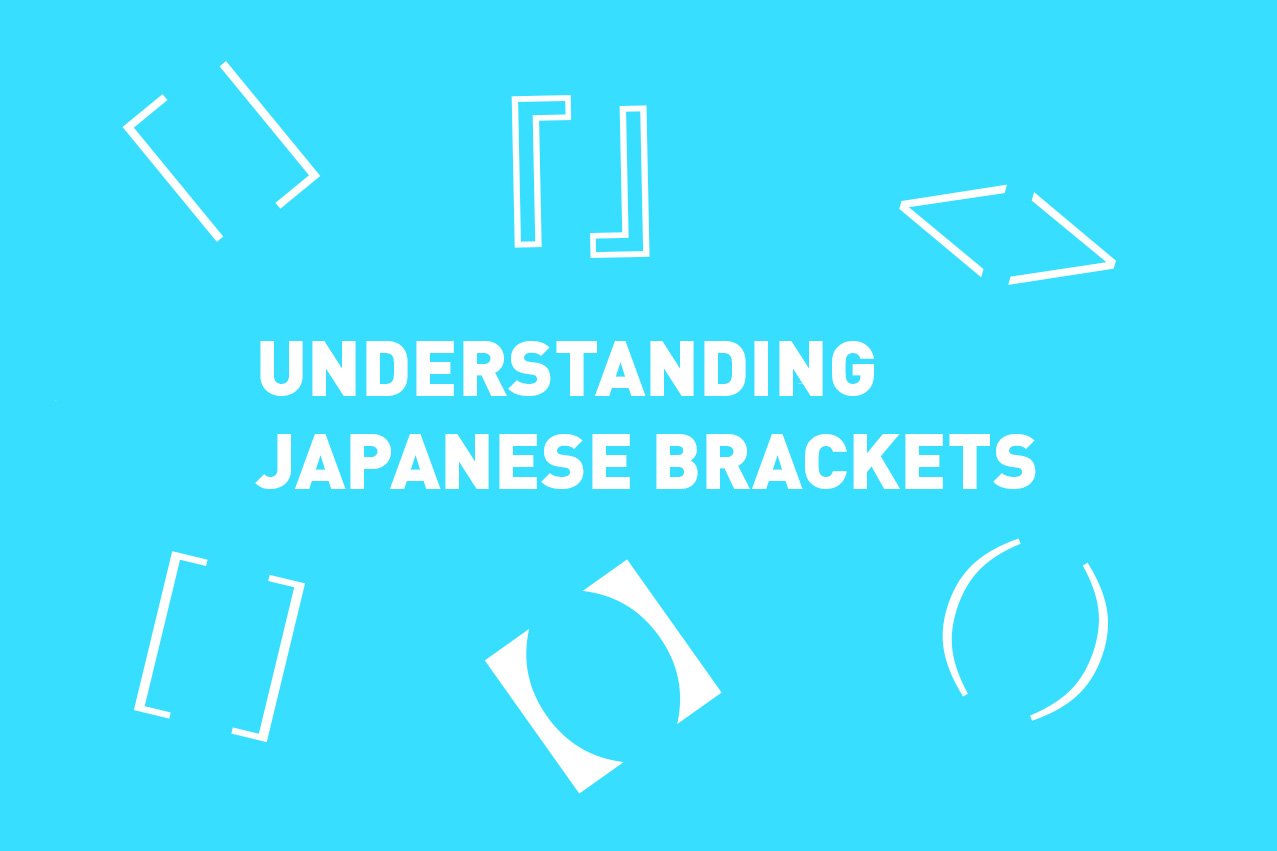 There are many symbols needed for writing sentences and mathematical expressions, but brackets are especially used in Japanese text. The proper use of the various types of brackets is essential to making text easy to understand. However, there are many different types of brackets, and it is often difficult to know which one to use.

In Japan, brackets are thought to have been imported around the time of the Meiji Restoration (late 19th century), since they cannot be found in documents before the Edo period. The use of the bracket symbol in Japan can be found in 19th-century Dutch translations (Dutch-Japanese translation books).

Here, we will explain how to use and read parentheses such as &『』.

The can be translated as hooked brackets.

The hooked bracket is commonplace in literature to indicate speech. For example, I’ll see you tomorrow」. They are also frequently used to indicate quotations, titles, and titles of works. For example:

These are called double hooked brackets in English.

He said,『I’ll see you tomorrow』, but he still hasn’t shown up. ,

These square brackets are used to emphasize a word or phrase, or to indicate the title of a book or headline. Unlike the hooked brackets and double hooked brackets, it is more often used in article headlines than in sentences. They are also sometimes used in Chinese-Japanese dictionaries to indicate kanji etymology.

The more uncommon writing convention. Mountain brackets are essentially used in the same situations where one may use the standard bracket. It may have the added nuance of emphasizing something a little stronger than standard brackets.

For example, The coffee is in the second＞ cupboard」.

This bracket is a double mountain bracket.

And again as with most of the other brackets so far, its main usage is to emphasize text.

Parenthesis in English–they are used to indicate the reading of a kanji or English words, or to provide supplementary information and context where it is needed within a text. Parentheses are also often used to enclose numbers.

These are called turtle-shell brackets.

They are often used in vertically-formatted text. Its main uses are for emphasis and to supplement quotations. A quotation supplement is used for example, the author〕regarded the book as a failure」. They are used less frequently than hooked brackets, double hooked brackets, etc.

Wave brackets are also referred to as curly brackets in English.

It is not so frequently used in Japanese text. Its main use is for accentuation or emphasis in headings. Wave brackets are also sometimes used in mathematical expressions.

They are used in text to indicate supplementary quotations or notes. There are two types of brackets, half-width and full-width, but full-width brackets are generally used in Japanese text. More colloquially, they used to accentuate a catch phrase or buzzword in the titles of Japanese internet articles: