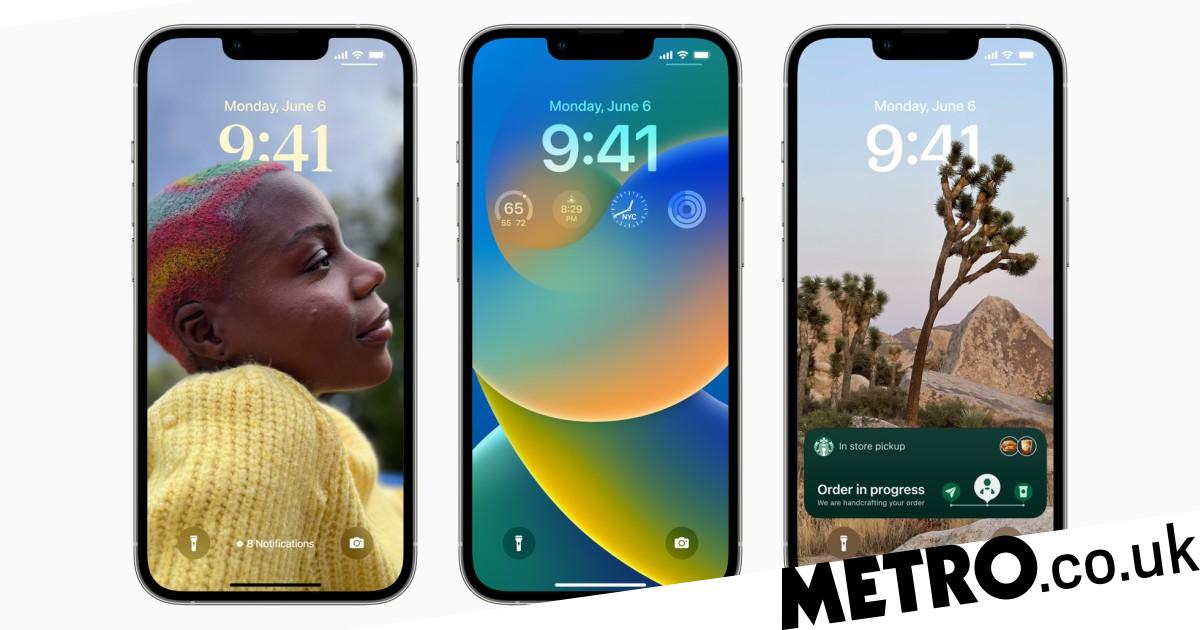 Apple’s latest and greatest iPhone may not be in the shops until Friday, but a software update for older phones is coming today.

Each year, Apple pushes out a new version of its mobile operating system that gives older phones a little boost and a few new features – completely free.

The update was announced at Apple’s Worldwide Developer’s Conference in the summer and comes hand-in-hand with watchOS 9.

If you’re an iPhone and Apple Watch user, chances are you’ll get the notification ping to update at some point in the next 24 hours (the update will likely drop around 6pm UK time). Once your device is happily plugged in and charging, it’ll download and install the update automatically.

Some of the biggest changes include revamped lockscreens and notifications as well as new watch faces and running statistics for the Apple Watch.

Whether or not you intend to pick up an iPhone 14 or an Apple Watch Ultra, this new features should breathe some extra life into your current iGadgets.

Apple has aimed for greater personalization with its new lockscreen design.

Users will be able to change the typeface and color of the time, date and other information as well as customize the wallpaper with 3D effects or a slideshow of your favorite photos.

There’s also the option to have muliple lockscreens and sync them in with Apple’s ‘focus’ mode to switch between work time and leisure time.

Notifications have been moved to the bottom of the screen in groups with live updates (for things like sports scores) appearing just above them. This makes it easier to operate with one hand – especially as Apple has discontinued its smaller ‘mini’ iPhones.

Moving further away from having to remember multiple passwords, iOS 16 will introduce ‘passkeys’.

They use Touch ID or Face ID for biometric verification which will be synced to an iCloud Keychain across your iPhone, iPad, Mac, and Apple TV with end-to-end encryption.

It means you can sign into websites, apps and services securely without needing a password and will also work on non-Apple products. Because they’re synced to your iCloud Keychain, they can be recovered if you lose or break your iPhone.

If you’re using iMessage – Apple’s own messaging app – to communicate with friends and family, you can now edit and remove texts after they’ve been sent.

You’ll have up to 15 minutes to recall or edit a message, such as if you’ve put it in the wrong group chat. If you use Apple’s Mail app for email, you’ll now be able to ‘unsend’ an email providing you cancel it within 10 seconds of hitting the send button.

Like other email programs, it will also now flash a popup if you forget to add an attachment or add a recipient.

A new feature for those using their iPhone for photography is the ability to cut out foreground objects.

If, for example, you shoot an image of a plant, product or person, you’ll be able to trim around it and then use it in other apps. However, to access this feature you’ll have to be using an iPhone XS or later.

There are a number of new features coming to Apple Watch models as well.

Here are some of the main updates.

Apple is dropping three new watch faces as part of the update, which include: Metropolitan, Playtime and Lunar. The first is an analogue, the second digital while the third includes all the phases of the moon.

Notifications on Apple Watch will no longer take over the whole screen if you’re using it for something like a workout. Instead, they’ll appear as small banners that expand if you tap them.

Wearers can also add intervals to their workouts and even enable automatic transitions between running, cycling and swimming.

If you wear your Apple Watch to bed, the device can use signals from the accelerometer and heart rate sensor to detect when users are in REM, Core, or Deep sleep.

The information is displayed in the sleep app, along with extra metrics like time asleep, heart rate and respiratory rate.

Finally, Apple’s health app on an Apple Watch can now remind you to take medications as well as log them for you.