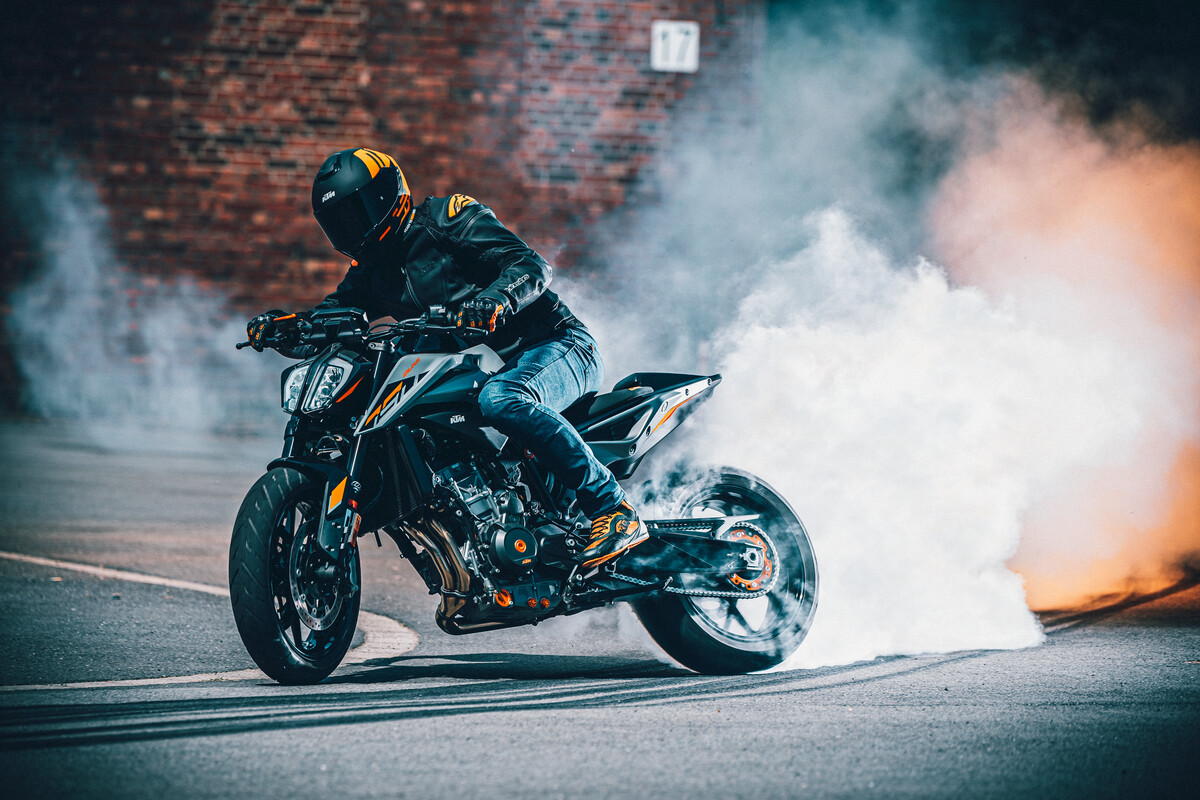 KTM has announced its 2023 street range, with visual updates to several models, as well as the return of the 790 Duke.

KTM’s 2023 street range features many updates, although most of them are restricted to new paint jobs. The 790 Duke, though, is new for 2023, as it returns to the range for the first time since the introduction of the 890 Duke in 2021.

The KTM 790 Duke returns for 2023 after being replaced in 2021 by the 890. The 790’s return sees it with 95 horsepower and revised electronics. This is only for the European version, though, as elsewhere in the world the CFMoto-built motors will produce 105 horsepower.

Alongside the 95 horsepower, KTM gets 87Nm of torque from the 799cc parallel twin-cylinder engine, which is of course Euro5 compliant.

In a similar way, it is possible to unlock optional electronic settings. These optional settings are:

The 2023 KTM 790 Duke will be equipped with these electronic settings, but they are not unlocked unless you specifically pay for them. KTM is introducing a “Demo Mode” that can be active for 1,500km (932 miles) which will allow the owner of the bike to test out all of the electronics settings in a sort of trial period. When the trial ends, the owner can visit any KTM dealership where they can pay a fee to install the electronics options they want.

There are also a multitude of standard electronics options, of course. These are:

UK prices for the 2023 KTM 790 Duke are yet to be announced, but we do know that the motorcycles will arrive at dealers from January 2023.

Elsewhere, KTM is bringing new colors to bikes across its Duke and RC ranges.

Both RC models, the RC 390 and RC 125, feature the new “KTM GP Orange” color with a black exhaust and a dark-tinted screen.

For the 125 Duke, KTM says there is a “fresh color update, introducing a blue-on-white motif, accented by an orange tailpiece and striking orange wheels.”

Moving up to the 390 Duke, there is a new “vibrant orange and blue/grey” colour, as well as “stealthy black and matt grey”.

Finally, the 890 Duke GP receives a new black and white option with an orange subframe and orange wheels.