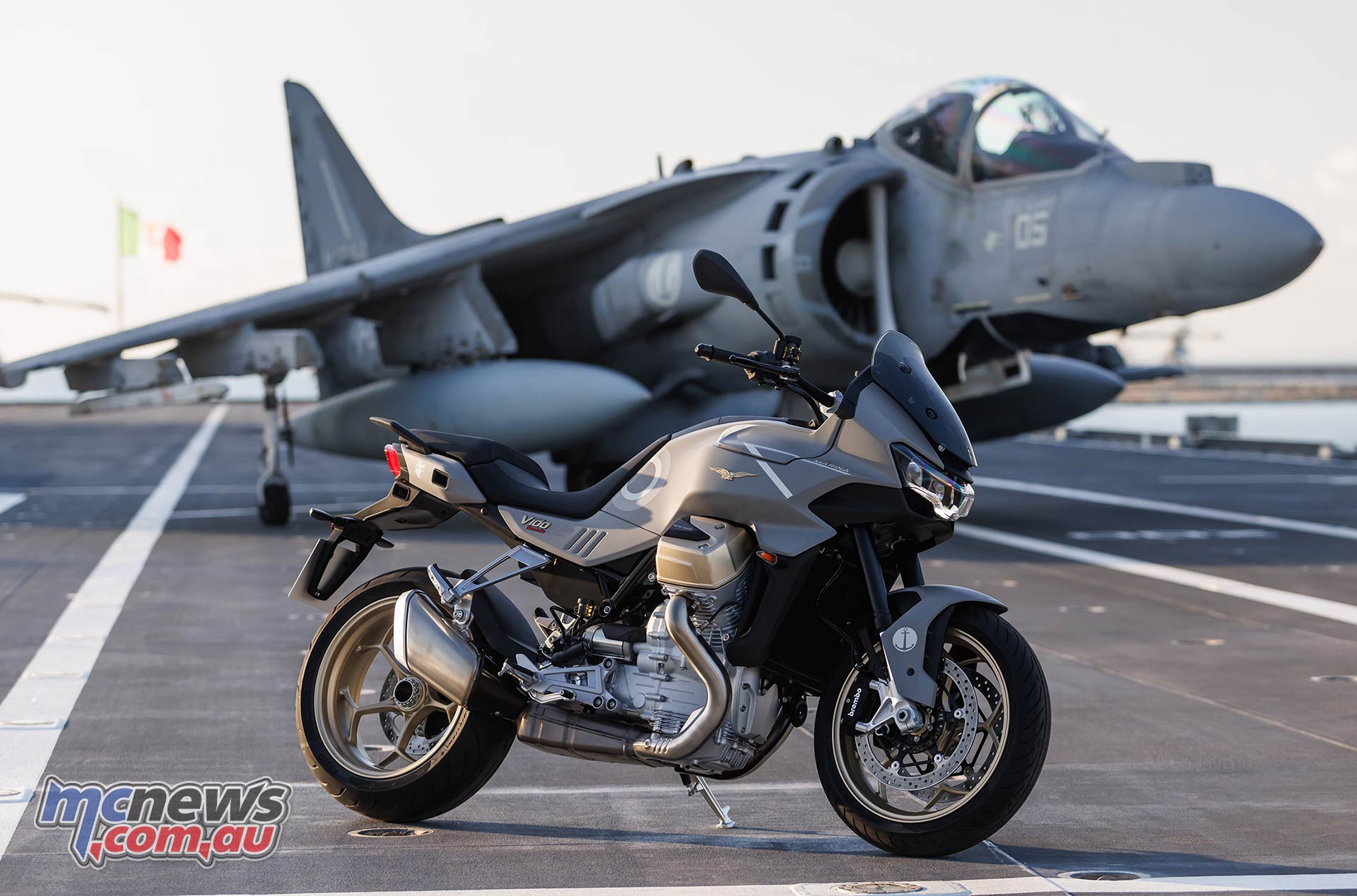 On the spectacular stage of the flight deck of the Cavour aircraft carrier, Moto Guzzi and the Italian Navy have celebrated the close ties that have united them for more than one hundred years.

The spread-winged eagle, the unmistakeable emblem of Moto Guzzi since it was established in 1921, dates back to the military service of the company’s founders, Carlo Guzzi and Giorgio Parodi, in the Italian Royal Navy’s Aeronautical Arm in World War One.

It was during the war that the two friends, and pilot Giovanni Ravelli, decided to go into motorcycle manufacturing once the conflict ended. Ravelli was killed in an accident in 1919 and was unable to achieve his dream. Guzzi and Parodi chose the Eagle as their symbol in memory of their companion.

The event was an emotional occasion, which included the world preview of the Moto Guzzi V100 Mandello Aviazione Navale, a special numbered limited-edition of the latest arrival in the Moto Guzzi family.

Produced in a limited edition of 1913 numbered motorcycles, a tribute to the year in which the aviation arm of the Italian Navy was formed, the exclusive Moto Guzzi V100 Mandello Aviazione Navale is a unique model, starting with its special livery inspired by the Navy’s F -35B fighter jets.

The graphics are a faithful reproduction of those of the aircraft, with the insignia on both sides of the cowl, together with the typical “jet intake” stripes.

The livery is enhanced by a low-visibility tricolor rosette on the sides of the fuel tank, the emblem of the Italian Naval Aviation, and the logo of the Boarded Aircraft Unit.

Standard features include a tire pressure monitoring system and heated handlegrips, while the serial number is laser etched on the handlebar riser. Each one of the bikes comes with its own cover and a commemorative plaque.