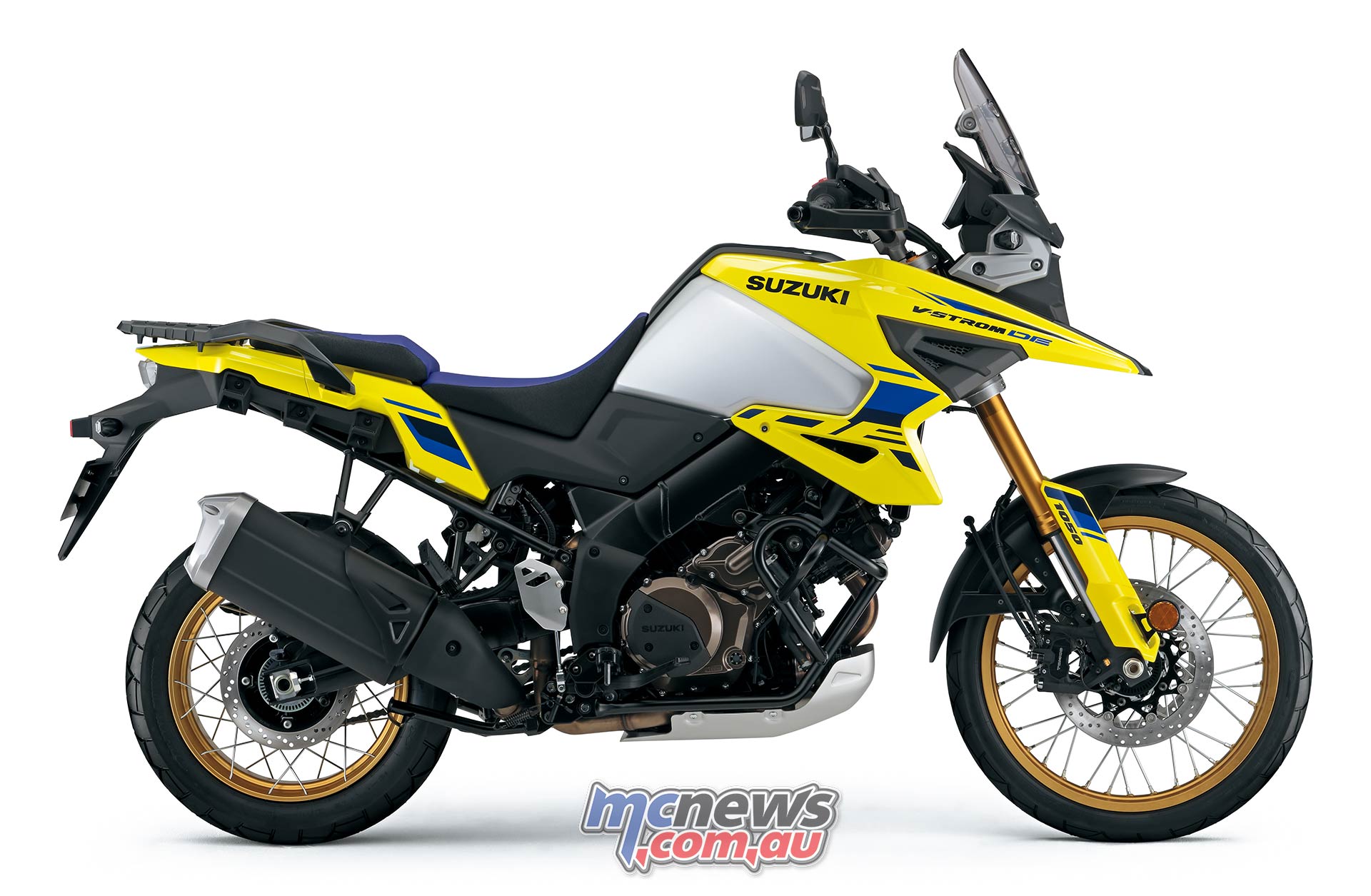 Suzuki have today pulled the covers off a new V-Strom 1050 D/E model to spearhead a revised line-up scheduled to arrive in March next year.

Suzuki’s V-Strom has been a hugely popular all-roads adventure-touring platform for two decades, but the model has always been more of an all-roads tourer. Suzuki has seen fit to leave it to the Europeans to tread a somewhat wilder path to adventure.

This new DE (Dual Explorer) machine unveiled today though runs a 21-inch front for more sure-footed going in rougher terrain. The swing-arm is also longer on the DE and provides the model with a longer wheelbase, while up front there is also more rake to help the DE nimble handling, despite retain the 21-inch front.

Suspension clearance is also marginally greater at around an extra 10 mm at each end of the KYB hardware, pushing it out to 170 mm of travel.

Also a new gravel mode and some extra electronic features debut along with a new 32-bit ECM. The rear ABS can be switched off on the DE model and is a new set-up from Bosch.

Now that is not going to challenge a hard-core adventure bike in the snotty stuff, but along with wider bars, a shorter screen and a few other touches, the DE model will have a bit more off-road chops than we have seen before from the V-Strom platform.

Currently, Suzuki Australia sell the 1050 XT model in Australia, and the new base model is essentially the XT but drops that moniker, loses the spoked rims in favor of ten-spoke alloys, and gains the same few nips and tucks across the drivetrain for further refinement that the DE introduces.

A two-way quick-shifter is now standard across both models, as is new five-inch color TFT instrumentation.

The outgoing 1050XT model currently sells for $21,990 Ride Away, the new V-Strom 1050 will wear a sticker price of $22,990 Ride Away. However, early adopters will have that deal sweetened with a full alloy luggage kit, valued at over $3000, thrown into the bargain after they put down a $1000 deposit.

The 90-degree 1037 cc V-Twin engine on both models has been revised with new hollow sodium-filled valves.

Updates have also been made to the ride-by-wire electronic throttle along with an improved cruise control system.