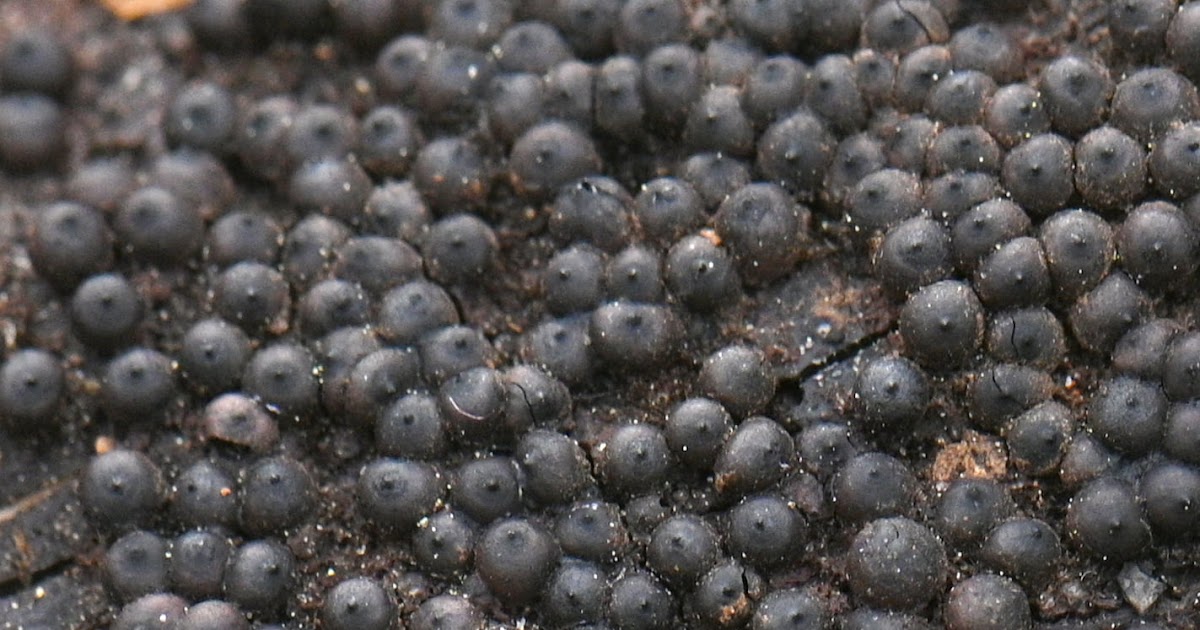 Link to Don’s Facebook album for this Ramble. All the photos that appear in this report, unless otherwise credited, were taken by Don Hunter.

Today’s emphasis:  Today, we Rambled at Sandy Creek Park, seeking what we found on the White Trail, heading west and north from the boat launch area on the Lakeside Trail.

”       Gary told us that some of the River Cane at the Botanical Garden has bloomed, something that only occurs after many years of growth, as much as 50 – 100 years. River Cane is monocarpic, a term that describes plants that flower and set seeds only once in their lives, and then die. Since River Cane is clonal, forming patches of many genetically identical stems that are essentially one plant, an entire clone of several to many stems flowers at one time then dies. In this case only a small clone within this particular River Cane stand bloomed, so most of the stems in that part of the Garden will remain alive. The patch probably comprises several clones. It is not known what triggers a particular clone to flower and set seed, though fire or other disturbance is one likely possibility.

”       Emily announced Georgia Museum of Natural History events:  May 20-22 there will be a trip to Broxton Rocks; and, on May 7, the annual meeting for the Friends of the GMNH will be held at the museum annex across Jimmy Daniels Road from the Sam’s Store.

”       Roger announced that the Athens/Clarke Green Lights Awards Festival will be held at the Terrapin Brewery on April 22, beginning at 4 pm. The Oconee River Land Trust and Friends of Sandy Creek Nature Center will both have booths set up.  At 6 pm, the awards ceremony will be held. Pat Nielsen will get an award for her volunteer work at the Botanical Garden.

Reading:  Robert recited a recent nature poem, the epilogue to his in-progress manuscript, “A Dream of Reading Bartram.” [link]

o       Richard brought a piece of decaying wood, bearing a patch of “cramp balls,” a fungus in the genus Annulohypoxylon that breaks down organic matter in order to extract nutrients.  The balls are semi-shiny, black spheres, with tiny perforations on top of each sphere from which spores are released.

Today’s Route:   We left the boat launch area, taking the white-blazed Lakeside Trail west and north, staying close to the lake for the entire route.  We walked for almost two hours and returned back to the vehicles.

o       A small patch of Pussytoes is flowering near the trail head. There were four or five flower stems, each topped with several fuzzy flower heads, the eponymous “toes.” Pussytoes are on the short list of spring-flowering composites (members of the Aster family) in our area. Each “toe” is a separate head consisting of many tiny whitish flowers held tightly by a whorl of green bracts. The flowers on a given plant are either female or male. Even when they are not in flower, Pussytoes are easy to identify by the dense layer of white, felted hairs on the lower surface of the spoon-shaped basal leaves.

Two Great Blue Herons and a single Osprey were seen flying over the lake.

PHOTO AND TEXT: Several Asian azalea cultivars are in glorious bloom at the beginning of the trail, in shades of white, coral, and pink. These evergreen azaleas are imports from the Himalayan Mountains of south-central Asia, and have been in the horticultural trade for centuries.

Several examples of Soft Rush provided an opportunity to recite the graminoid poem: “Sedges have edges, Rushes are round, and Grasses are hollow all the way to the ground.” (Graminoid is a term applied to the three unrelated families of grass or grass-like plants.) Rushes do indeed have round stems (like grasses but unlike sedges) and they are filled with pith (like sedges but unlike grasses). This particular species, Soft Rush, also has another distinguishing feature that can be very confusing if you’re using one of the older technical manuals to key it out. The key will describe this species as having a “terminal” inflorescence (flower cluster), which means the flowers are located at the very tip of the stem. However, the “terminal” flower for Soft Rush is located several inches from the top of the plant. So, what gives? The tricky thing is that what looks like a length of stem above the flowers is, believe it or not, actually a bract (a modified leaf) – a bract that looks just like the stem. Should this plant be re-named Deceptive Rush, or should the keys be modified? I am happy to report that the most current key has done the right thing. Here is the relevant portion of the Rush family key, written by Bruce Sorrie and Bill Knapp, and published in Weakley’s “Flora of the Southeastern United States” (2020):

The first line of that key will take you to Soft Rush.

An Oak Apple Gall had fallen from a leaf of its host, probably a White Oak, and was lying on the ground.  The interior tissue is developed around a gall wasp larva and the suspension system keeps it away from prying predators. Here is a great description of this fascinating example of the complexity of forest ecosystems:

Heartleaf, also known as Little Brown Jugs and Wild Ginger, pictured here with five fresh, jug-shaped flowers. New arrowhead-shaped, mottled leaves have appeared and will last for about a year. The flowers are formed by the fusion of three fleshy sepals; there are no petals. Well inside the “jug,” twelve stamens and a six-lobed ovary comprise the sexual parts of the flower. The flowers are pollinated by crawling insects or possibly self-pollination. The ovary develops into a fruit entirely within the jug, and its seeds are dispersed by ants. Wild Ginger plants may live to 20 or more years. 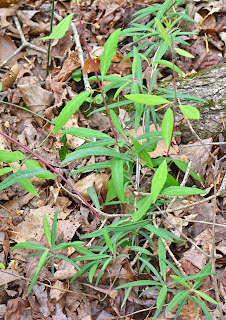