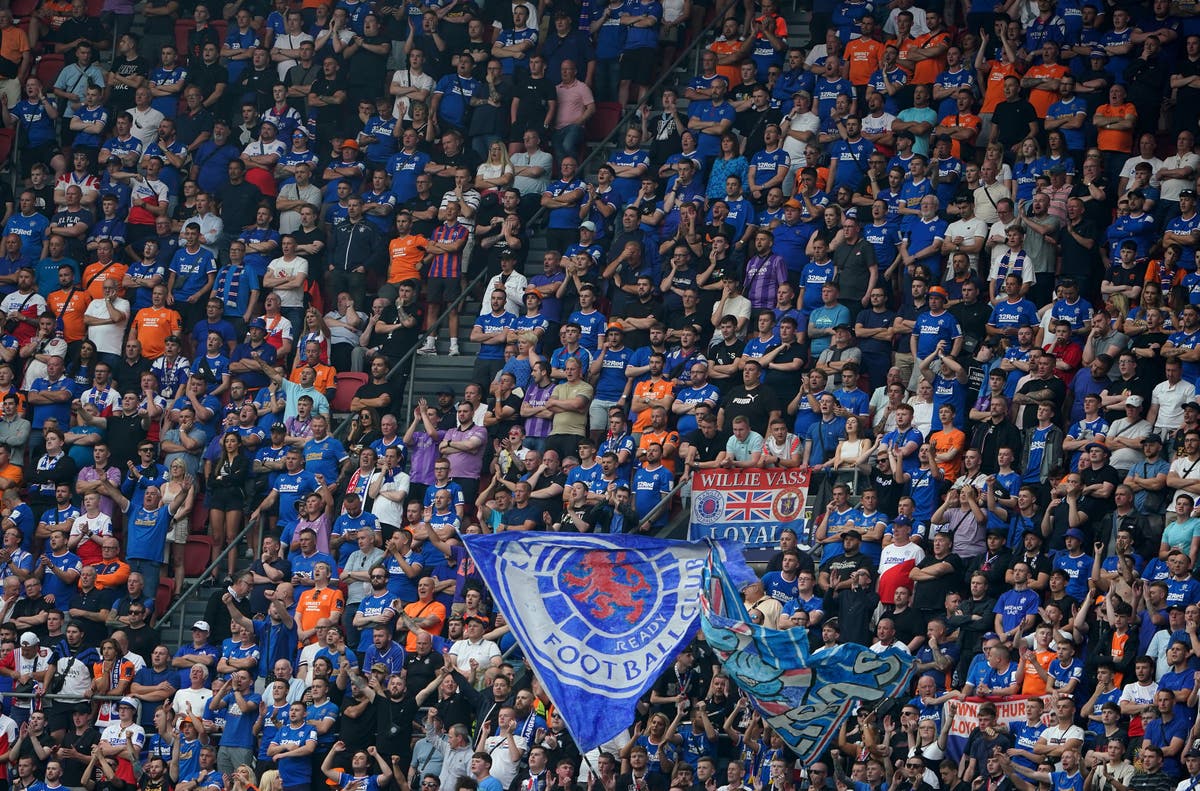 Rangers’ Champions League tie with Napoli has been rescheduled for Wednesday, September 14, UEFA has announced.

The tie, originally scheduled to be played on Tuesday, September 13, has been moved back due to “severe limitations on police resources and organizational issues” following The Queen’s death and away fans will not be permitted for both legs, UEFA said.

A UEFA statement read: “UEFA today announced that the UEFA Champions League tie between Rangers FC and SSC Napoli, originally to be played on Tuesday 13 September, has been rescheduled for Wednesday 14 September at 21.00CET.

“This is due to the severe limitations on police resources and organizational issues related to the ongoing events surrounding the national mourning for Her Majesty Queen Elizabeth II.

“In addition, it was agreed to also postpone the UEFA Youth League game between both teams from Tuesday 13 September to Wednesday 14 September at 15.00CET.

The National Police Chief’s Council said in a statement that a national policing operation had been activated and that UK Policing was working closely with other organizations to ensure events are held “safely and with the appropriate security”.

The NPCC added: “Following the decisions of the Premier League and English Football League to cancel this weekend’s matches, we will work with football clubs to try and ensure that, where possible, football fixtures can take place safely when balanced against the requirement to support national events and deliver day to day policing.

“This is a unique situation and we are working closely with everyone involved.”

Elsewhere, the Betfred Super League play-off semi-finals will go ahead as planned on September 16 and 17, it has been announced.

A Super League statement read: “Following the announcement by Buckingham Palace that the funeral of Her Majesty Queen Elizabeth II will take place on Monday 19 September, Super League can confirm that the Betfred Super League play-off semi-finals, scheduled for Friday 16 and Saturday 17 September, will proceed as arranged.

“As a mark of respect to Her Majesty Queen Elizabeth II, the Betfred Super League Awards, which was scheduled to take place at Headingley Stadium on the evening of Monday 19 September will now take place at the same venue on Tuesday 20 September.”

UK sports other governing bodies will continue to assess any possible impact The Queen’s funeral could have with scheduled fixtures and events.

All football fixtures in the UK were postponed this weekend, along with Friday and Saturday’s planned horse racing meetings, as a mark of respect following The Queen’s death on Thursday.

In the Test match between England and South Africa at the Kia Oval, players wore black armbands and there was a rendition of God Save the King.

On day three at the BMW PGA Championship at Wentworth, a two-minute period of silence was held, while there were also tributes ahead of the Betfred Super League Play-Off Eliminator between Huddersfield and Salford as well as Gallagher Premiership matches.

The official mourning guidance, published by the Government on Friday morning, stated there was no obligation on sports organizations to cancel or reschedule events.

In a statement confirming the weekend’s postponements, the Premier League said further updates regarding fixtures during the period of mourning will “be provided in due course”.

PA understands that position has not changed following confirmation The Queen’s funeral will take place at Westminster Abbey on September 19, which will be a public Bank Holiday.

The next set of Premier League games are on Friday night, when Aston Villa host Southampton and Fulham travel to Nottingham Forest.

In London, Tottenham take on Leicester at 5.30pm, while Sunday’s fixtures see Brentford play Arsenal at 2pm while Chelsea are at home to Liverpool in the 4.30pm live broadcast slot.

Discussions with UEFA are ongoing with regard to the scheduled European fixtures next week involving British clubs in the Champions League, Europa League and European Conference League.

As it stands, the scheduled English Football League program is set to recommence on Tuesday.

However, PA understands there maybe resourcing issues, particularly in respect of policing, associated with some fixtures which will need to be discussed on a fixture-by-fixture basis over the period ahead, in line with each local authority’s Safety Advisory Group protocols.

Millwall are set to play two home games next week, against QPR on Wednesday and Blackpool on Saturday.

The opening round of Gallagher Premiership fixtures did take place, with both games which were set for Friday evening pushed back into the weekend.

Further guidance for matches and rugby activity during the remainder of the national mourning period is expected to follow as early as possible next week.

There will be no racing in Britain on the day of the Queen’s funeral.

The British Horseracing Authority confirmed on Saturday evening that the September 19 meetings scheduled for Hamilton, Leicester, Warwick and Wolverhampton will be canceled as a mark of respect.