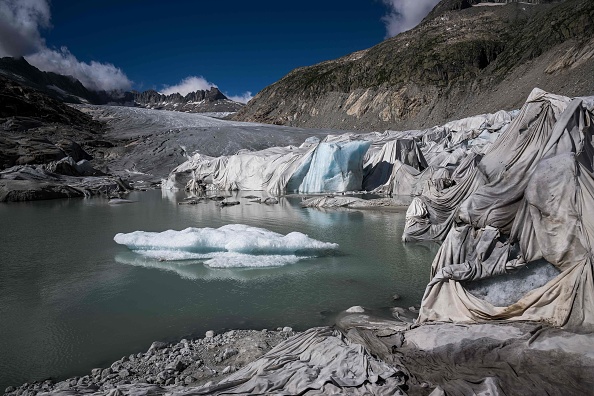 When the world’s fourth-largest proglacial lake abruptly drained in 2020, only satellites were watching.

The collapse of a sediment bump at the lake’s outlet was discovered and studied by Hokkaido University researchers.

When meltwater from retreating glaciers is trapped by ice or a moraine left behind by the same or another glacier, proglacial lakes form, as per ScienceDaily,

A warming climate contributed to the recent global increase in the number and volume of these lakes, which in turn contributes to glaciers melting faster.

These lakes, however, can drain very quickly if the dams that contain them fail for a variety of reasons.

Such a catastrophic event not only endangers human safety but also has an impact on downstream ecosystems due to the sudden influx of a large amount of freshwater.

Monitoring proglacial lakes and studying their interactions with their surroundings is therefore critical.

Unfortunately, due to their frequently remote location, this is difficult.

Shin Sugiyama of Hokkaido University and doctoral student Shuntaro Hata were using satellite images to study glacier fluctuations in Chilean Patagonia when they noticed that the proglacial lake Lago Greve had shrunk significantly between April and July of 2020.

They added further analysis of the available data to their publication of these findings in the journal Communications Earth & Environment, confirming that the lake’s water level dropped by 18 meters, resulting in a loss of 3.7 cubic kilometers (or gigatonnes) of water – the largest such event observed by a satellite to date.

This massive loss of water even changed the Earth’s gravity field, as measured by GRACE satellites, despite the fact that quantitative data from these satellites is inconsistent with the actual amount of water drained.

Finally, careful examination of satellite imagery and topographic data from before and after the event allowed them to conclude that the cause of the release was most likely the collapse of a sediment bump near the lake’s outlet.

This research revealed many interested aspects. For one thing, it paves the way for future glacial dynamics research.

It also emphasized the possibility and current limitations of using GRACE satellite data to observe such events.

According to the researchers, “the importance of GRACE measurements in studying such events would be increased if the calculation of the gravity field readings is adapted for localized events.”

Finally, the study provided concrete data that can be used to better understand the dynamics of glacier-lake interactions.

What Causes Proglacial Lakes to Form?

A proglacial lake can form behind a moraine left by a retreating glacier in a valley, as per World Landforms,

Glacial ice can also form a dam to stop the flow of water from a river or melting glacier, resulting in the formation of a proglacial lake.

A proglacial lake can be as small as 100 feet across or as large as several miles. Lake Missoula, which covered approximately 3,000 square miles of land, was the largest known proglacial lake.

During the last ice age, a glacier blocked a former route of the Wisconsin River in north-central Wisconsin, creating a large proglacial lake.

The glacier began to recede near the end of the Ice Age.

The waters broke through, causing massive flooding and reshaping the land around the Wisconsin River Dells.

Lake Missoula was the world’s largest proglacial lake, formed near the end of the last ice age. The Clark Fork River in Idaho was dammed by a glacier up to 40 times over a 2,000-year period.

Each time, a massive proglacial lake was formed, flooding portions of eastern Washington when the dam failed, carving the land.