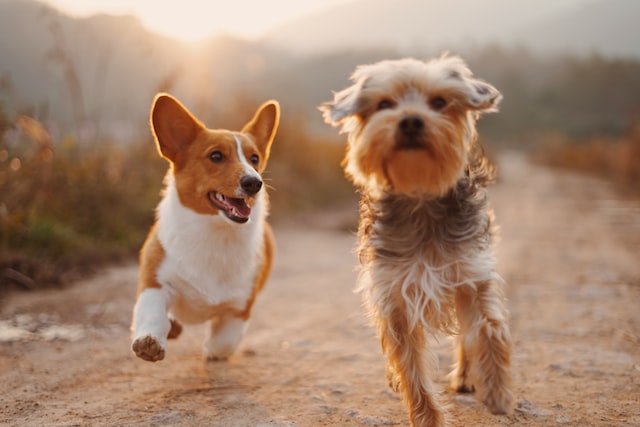 Researchers led by Rahel Marti from the University of Basel in Switzerland indicated that observing, experiencing, and touching actual dogs increases activity in the brain’s prefrontal cortex.

The study, which was published in PLOS ONE on October 5, demonstrates that this impact remains even after the dogs have been removed, although it is lessened when genuine dogs are substituted with stuffed animals.

The findings might have an impact on animal-assisted clinical therapy.

Because engaging with animals, particularly dogs, has been shown to help individuals cope with stress and depression, researchers believed that a greater knowledge of the related brain activity might help physicians create better animal-assisted treatment systems, as per ScienceDaily,

The prefrontal cortex may be especially important because it regulates and processes social and emotional relationships.

The study used infrared neuroimaging equipment to monitor activity in the prefrontal cortex of the brain as 19 men and women saw a dog, reclined with the same dog against their legs, or touched the dog.

Each of these settings was also tested on Leo, a stuffed lion with fur that was filled with a water bottle to match the dog’s temperature and weight.

The results revealed that when individuals engaged with real dogs, their prefrontal brain activity increased and that this difference was greatest during petting, which was the most engaging condition.

Another significant difference was that when participants engaged with the genuine dog, prefrontal brain activity increased.

This was not detected in subsequent contacts with the stuffed lion, suggesting that the response was due to familiarity or social bonding.

Future research will be required to investigate the problem of familiarity in-depth, as well as if stroking animals might cause a comparable increase in prefrontal brain activity in people with socioemotional abnormalities.

The authors wrote, “The current investigation reveals that prefrontal brain activity in healthy participants increases with an increase of interactional proximity with a dog or a plush animal, but the activation is higher with contact with the dog.”

This suggested that encounters with a dog may activate more attentional processes and evoke higher levels of emotional arousal than equivalent nonliving objects.

The bonds between humans and animals are powerful

According to a 2015 Harris study, 95% of pet owners consider their pet to be a member of the family.

That is true regardless of our age, as per Newport Academy,

Pets provide delight to children, teenagers, adults, and elders alike. As a result, pets and mental health are inextricably linked.

Much scientific research has demonstrated the mental health advantages of keeping a dog or cat.

Animals aid in the treatment of depression, anxiety, and stress.

They also give the company and alleviate loneliness. Pets also provide us delight and unconditional affection.

Thirty years ago, the first study on dogs and mental health was published. The study was led by Purdue University psychologist Alan Beck and University of Pennsylvania psychiatrist Aaron Katcher.

Since then, scientists have learned a lot more about the relationship between pets and mental health.

As a result, animal-assisted therapy programs have emerged as an important component of mental health care.

Individuals can also benefit from having mental health animals, such as an emotional support dog.

According to a research conducted by the Centers for Disease Control and Prevention, children may benefit from having a pet dog.

The research included 643 youngsters in all. A bit more than half of them owned pet dogs. The children’s BMI (body mass index), anxiety levels, screen time, and physical activity were all measured by the researchers.

As a result, they discovered that all of the children had comparable BMIs, screen time, and physical activity levels.

This was true whether they had pets or not. Their degrees of worry, however, differed.