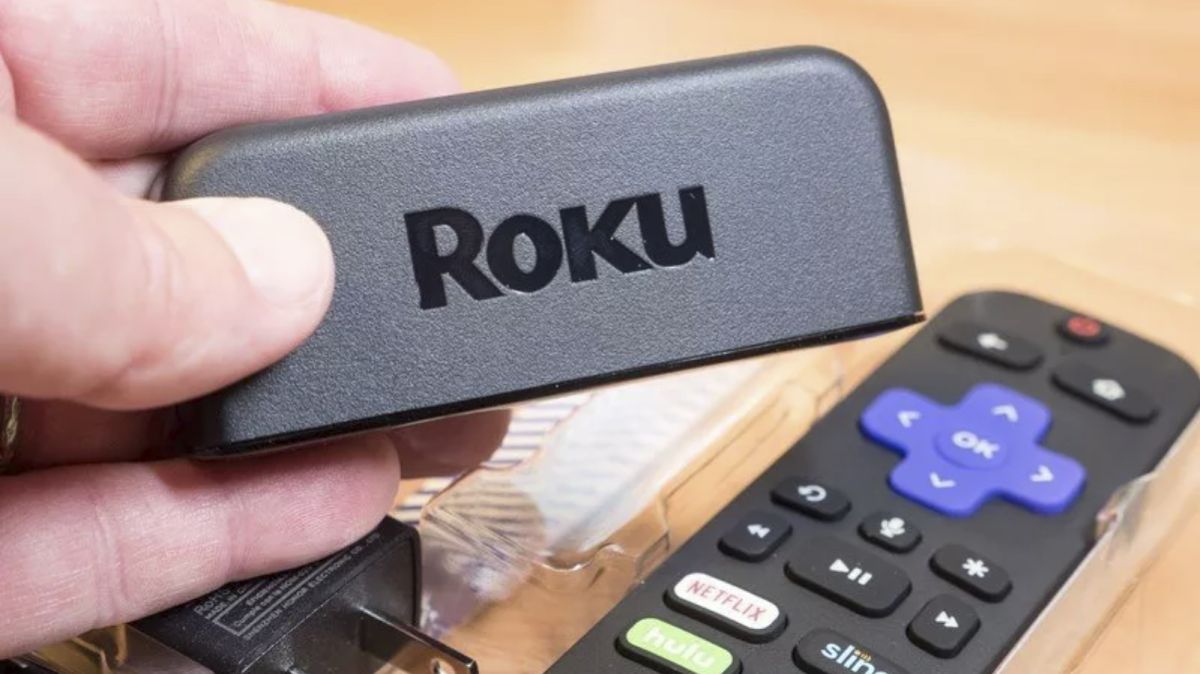 Roku’s series of streaming devices aims to serve those who want a smarter television, and does a great job with a non-intrusive interface and a plethora of options to choose from.

For a smarter home

While the Fire TV does provide the smarts needed for your current TV, it works better as a gateway to creating a smarter home thanks to the power provided by Alexa.

When you’re looking at the big picture, it can be tough deciding whether you should go with Roku vs. Amazon Fire TV Stick for your streaming needs. These are some of the best streaming devices, with both featuring pros and cons over one another. Let’s dive a bit deeper to determine which is right for you.

Roku vs. Amazon Fire TV Stick: The battle for your streaming needs

Before you even get into things like smart home integration or how the interfaces stack up between Roku vs. Amazon Fire TV, you’ll likely want to know what’s available.

Both tout large app libraries with thousands of different apps. While almost all of the most popular streaming services are available on both platforms, including those who want to stream Live TV through the likes of YouTube TV, Sling TV, and more, newer streaming services may not be.

And after a surprisingly-long delay, Amazon finally added HBO Max as an option, finally making it possible for you to ditch the outdated HBO app and stream all seasons of Friends or Game of Thrones.

Both of these streaming services offer much more than just being able to download your favorite apps. Live TV is integrated into both options, and there is plenty of “in-house” content to choose from. Recently, Roku has even been bolstering its library of produced movies and shows, while Amazon is notably continuing to push the envelope with popular titles such as The Boys and The Rings of Power,

Plus, both Amazon and Roku include a few different free TV channels, each of which provides different types of content. For example, Amazon includes the likes of Tubi, Plex, Pluto TV, and PBS Kids, all of which can be downloaded and accessed without paying a dime.

Roku provides access to all of the same options while adding The Roku Channel. This is touted as “your home for free TV,” giving you access to free content whenever you need, while also suggesting some premium content if you want to rent something for movie night.

Another key reason to choose one streaming platform over another comes down to the interface. For the past decade, Roku has been the backbone for some of the best cheap 4K TVs on the market, while Amazon’s TV presence has been limited to brands like Insignia and Toshiba. With Roku’s lead on this front, coupled with how the company is not directly competing with Amazon, Apple, or Google in the same way that those companies are competing with one another, it actually benefits the user.

Amazon’s Fire TV Stick, for all of its ease-of-use and wonderful Alexa integrations, sorely lacks in the interface department. Amazon tries to push its Prime content on just about every page, and includes “sponsored” channels that clog up the home page. It’s understandable, but when you see a clean and simple interface like what Roku has to offer, it’s easy to see why the grass may be greener on the other side.

To its credit, Amazon has heard the customer feedback and has promised a more streamlined and redesigned interface for Fire TV Stick owners. However, as of this writing, that update has not been pushed just yet, leaving us with more ads for shows and movies that we could care less to see and that cannot be removed.

Roku recently announced the next major software update coming to the best Roku devices, with Roku OS 11.5. This aims to make life even easier when it comes to finding the best movies or TV shows to stream if you’re struggling to decide on something to watch.

The Home Screen provides quick and easy access to your favorite streaming apps via the Home tab, in addition to the Live TV option for watching, live TV. With “The Buzz,” Roku is also trying to add a TikTok-like element to your TV streaming experience, as it will show more short-form content as opposed to traditional movies and shows.

Meanwhile, the Fire TV interface puts more of a focus on its own content above everything else. You can rearrange things to put your favorite apps at the top, and if you rely on Prime Video, you can pick up right where you left off. But instead of a vertically oriented interface, the Fire TV takes a different approach, as you’ll find yourself side-scrolling quite a bit.

Below the massive rolling ads at the top of the screen, there are quick shortcuts to “Home,” “Find,” and “Live,” so you’ll at least be able to have some quick access. And further to the right, there’s a list of your favorite or most-used streaming services, removing the need to scroll around just to find the app or channel that you rely on the most.

Whether you’re just getting into the smart home world and you’re looking for the best streaming devices, or you are an experienced veteran, both Roku’s and Amazon’s streaming devices have different ways to integrate.

Roku gets an easy nod in terms of compatibility, as you’ll be able to instruct Siri, Alexa, or Google Assistant to play something on your Roku with ease. On the other hand, the Amazon Fire TV stick has limited integration with Google Assistant (you’ll need an Alexa skill), and there is no Apple HomeKit compatibility when it comes to Amazon’s Fire TV Stick.

But, that’s the kind of where Amazon excels in trying to turn your home into an Alexa-powered smart home. If you own the Fire TV Stick, you can pick up a couple of Amazon Echo Dots and pair them, in stereo, to your Fire TV Stick. This immediately improves the sound quality for anything that you want to watch or listen to through the Fire TV Stick. Then, of course, you can also use Alexa to perform various commands.

And that doesn’t even include what’s possible if you start adding more Alexa-powered speakers or smart displays around your home. Then, you can dive deeper into the Alexa-powered accessories and control everything, from anywhere with the help of Alexa.

Roku can’t say the same thing for many of its streaming devices, at least not until you get into something like the Roku Streambar. Sure, you can pick up some of Roku’s wireless speakers, but these are both more expensive, and larger than that of the Amazon Echo Dots. Plus, you can’t only just get one of the Roku Speakers, as they come in a pair from Roku.

We’ve compared Roku vs. Amazon Fire TV generally thus far, but it’s just as important to discuss how their individual device lineups compare. So we’ll go through the list for both.

Roku starts with its Express HD and 4K+ devices. Both give you the standard Roku experience, but in a blocky form that’s not as portable as a traditional streaming stick; it’ll either sit on your entertainment center or need to be mounted to your TV with the included adhesive strip.

Next you have the Roku Streaming Stick 4K, giving you 4K/Dolby Vision®/HDR10+ streaming in a more portable form, and the 4K+ model that adds a new Pro remote with lost remote finder and rechargeable battery. Then there’s the bulky Roku Ultra, which adds Bluetooth connectivity and a USB port for streaming from your phone, plus an Ethernet port for more consistent internet near your router. And lastly, you have Roku’s soundbars for 2-in-1 streaming and enhanced audio.

Moving on to Amazon, you have five main Fire TV Stick options. The Fire TV Stick Lite and Fire TV Stick have the same HD streaming quality, library, and performance, with the only difference between them being that the Lite has a basic remote with no buttons except Alexa, making it voice-command dependent.

Next you have the Fire TV Stick 4K and 4K Max. Both give you the jump to 4K HDR and HDR10+ with a proper remote control, but the Max wins in our mind because it has 40% faster performance, Wi-Fi 6 support, and the ability to show live picture-in-picture view of your linked security cameras. But the best experience comes with the bulky Fire TV Cube, which Amazon is relaunching in 2022 with Wi-Fi 6E support, a faster 2GHz processor, more ports, and Super Resolution Upscaling of lower-resolution content.

We suspect the standard 4K streaming sticks will be the most popular, so you can check our Amazon Fire TV Stick 4K vs. Roku Streaming Stick 4K guide for a more in-depth breakdown.

Roku vs. Amazon Fire TV Stick: Which should you pick?

If this was a few years ago, picking between Roku vs. Amazon Fire TV Stick would have been a much different debate. Amazon has held a lead in the space for years, simply by offering more content and the inclusion of more streaming services at your disposal.

But now, the gap has definitely gotten closer than it ever was before. Both Roku and Amazon offer pretty much all of the same streaming services, with the differences coming down to exclusive content and the interface itself. Arguably the best part of it all is that you can even buy TVs with either the Fire TV OS or Roku OS built-in, removing the need to pick up a streaming device to enjoy your content.

There’s no clear “winner” here, as it really comes down to personal preference at this point. Amazon gains a slight advantage when it comes to smart home integration, but Roku is no slouch in that category either. Instead, Amazon’s edge comes in the form of the Alexa ecosystem and integrating with smart home devices such as smart cameras, and the ever-growing library of Alexa skills.

At the end of the day, you won’t be disappointed with either Roku or Amazon. Both companies offer streaming devices that cater to pretty much every price tier and the capabilities of your TV.

These are a great addition to any home

Roku provides an array of fantastic streaming devices that aren’t intrusive, have simple to use interfaces, and work with your existing smart home system. And the best option available is the affordable 4K stick.

Making life easier, one TV at a time

With the power of Amazon’s vast library and Alexa acting as the backbone, the Amazon Fire TV is the entryway for you to get entrenched in the company’s ecosystem, leading to a smarter home. And the 4K Stick gives you the best overall experience without paying too much or going too bulky.