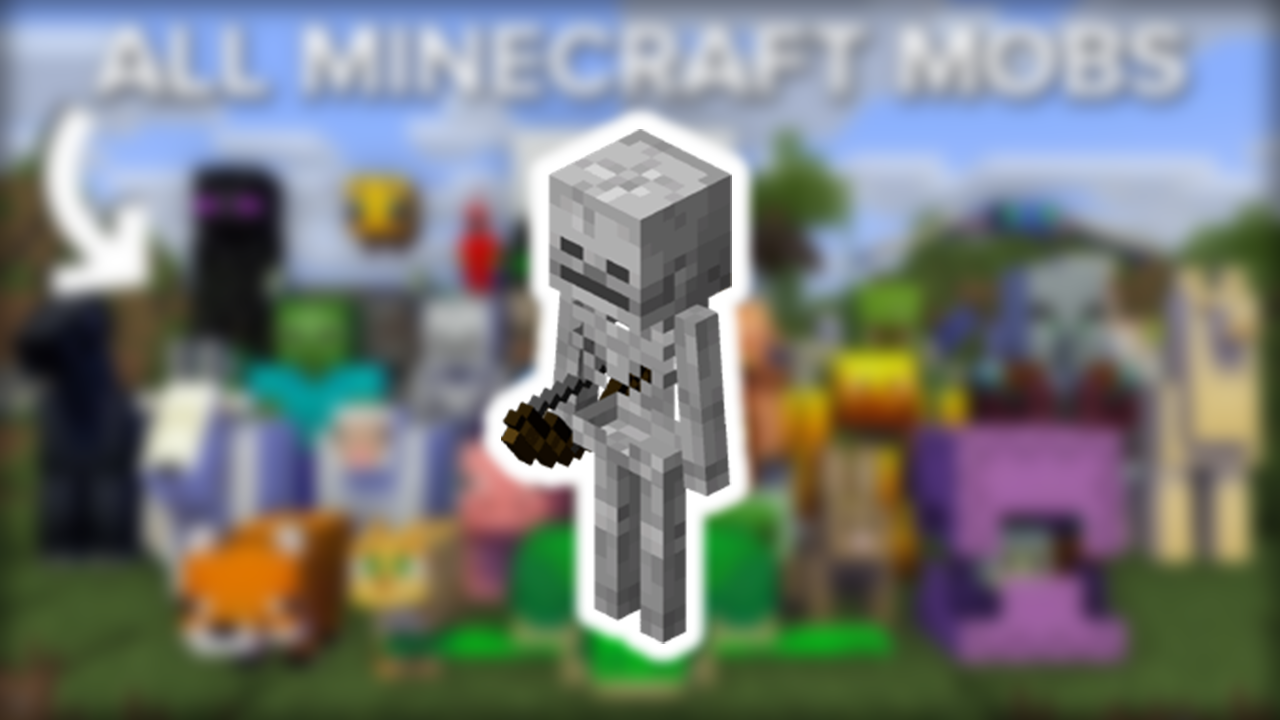 The following is a picture of what a skeleton looks like in Minecraft:

In Minecraft, a skeleton has 10 hearts

for health. This gives a skeleton 20 health points (because 1 heart = 2 health points). To kill a skeleton, you need to inflict 20 points of damage to the skeleton.

Where to Find Skeletons

In Minecraft, you can find skeletons in most Overworld biomes in light levels of 7 or less. Skeletons will spawn in the dark, usually at night. Once a skeleton has spawned in the dark, it can not survive in the daylight. When the sun comes out, the skeleton will burst into flames and take damage until it dies.

If you are having trouble finding a skeleton, you can summon a skeleton using a cheat or you can use a spawn egg.

The skeleton is armed with a bow and arrow as a weapon.

In Minecraft, a skeleton can shoot arrows at you from a distance making it tougher to kill.

A skeleton can also climb up and down ladders

, So don’t think that you are safe just because you have climbed up high.

When you kill a skeleton in Minecraft, it may drop one or more of the following items: a bone, bow, or arrow. And in rare circumstances, a skeleton may drop armor, if it was wearing some.

Make sure you pick up the dropped items before they disappear. These are useful and should be kept in your inventory to be used later.

As you play the game, you will gain experience. The most common way to gain experience is by killing mobs. When a mob is killed you will see tiny green and yellow balls appear and move towards you.

Skeleton during the Day

A skeleton can not survive in daylight. When exposed to light, the skeleton will burst into flames and eventually die. 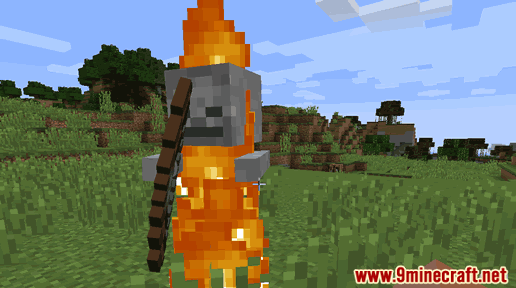 A skeleton will try to protect itself from the sun by standing under a tree during the day. And if it gets cloudy and rains or it turns to night, a skeleton will be fine and not burn.

You can spawn a skeleton using the following spawn egg:

Here are some game command examples for a skeleton in Minecraft:

How to Summon a Skeleton

How to Summon a Spider Jockey

Here are the NBT tags (formerly called data tags) that you can use in game commands for a skeleton in Java Edition:

Here are the spawn events that you can use in game commands for a skeleton in Bedrock Edition and Education Edition:

You can use a seed to create a world where you spawn near a biome with skeletons:

Here are some of the other mobs in Minecraft: