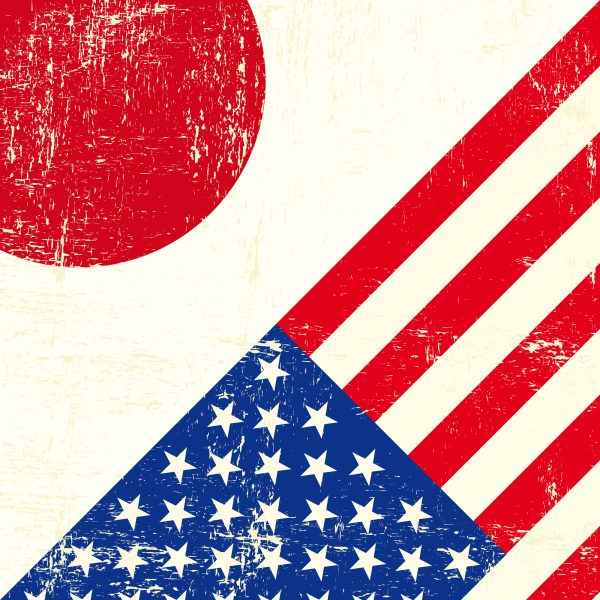 The risk of potential conflict in East Asia is increasing, and the Japan-US alliance must be ready to defend against attacks from China’s People’s Liberation Army (PLA). The Chinese missiles launched in response to US House Speaker Nancy Pelosi’s visit to Taiwan highlight the need for Japan-US alliance actions such as expanded integration of integrated air and missile defense (IAMD) systems.

Over the course of decades, the PLA has fielded a complex array of air and missile threats against Japanese and US forces in Japan and increased their range to now extend along the first and second island chains in the Indo-Pacific. The PLA is developing and fielding more and more capabilities to launch complex salvo attacks consisting of ballistic missiles, cruise missiles, hypersonic weapons, and unmanned aerial systems (UAS), including swarms of small UAS.

China recently stoked tensions with a mock blockade of Taiwan, and the PLA Rocket Force (PLARF) unleashed a barrage of missiles into the waters around Taiwan and Japan. For the first time, Chinese missiles landed in the Japanese exclusive economic zone (EEZ). With the continued erosion of the security situation with China, the United States and Japan have recently discussed counterstrike and long-range missiles. Additionally, the alliance should establish two standing combined joint task forces (CJTFs) — a Japanese-led one for alliance IAMD of the main Japanese islands and an American-led one for the multi-domain combined force in the geographic area around Okinawa, the Southwest (or Ryukyu) islands, and the second island chain. These two CJTFs could be the cornerstones of new combined “sword and shield” efforts for the alliance.

Alliance efforts to enhance IAMD date back to 1985, when Japan signed a license agreement to produce the Patriot PAC-2 missiles to replace Nike-J missiles. Over the last two decades, Japan has made great strides in advancing its missile defense capabilities. Nevertheless, these efforts have not kept pace with the PLA’s growing capability to launch large salvos of complex threats coming from multiple directions in the Western Pacific. Standard material approaches to enhance IAMD , with new systems, better missiles, new command centersand more of all of them , will not be enough for either Japan or the United States. IAMD must be layered, comprehensive, resilient, and distributed.

When it comes to salvo threats and complicated threats, eliminating single points of failure is the sin qua non of effectiveness. Comprehensive IAMD includes multiple effectors (eg kinetic and non-kinetic, such as directed energy weapons) for weapon-target pairing and the ability to discriminate threats and determine when engagement is necessary. Layered IAMD includes multiple rings of defense. As an example, one could have an outer ring (eg long-range surface-to-air missiles or SAMs), an inner ring (eg medium-range SAMs), and a close-in ring for terminal engagements (eg short-range air defense or SHORAD systems).

A holistic vision of IAMD should consider four broad elements: 1) left of launch, 2) active defenses, 3) passive defenses, and 4) offensive counterair (OCA) attack operations, or retaliatory strike (or, in Japan’s nomenclature, counterstrike, “Left of launch” and counterstrike efforts include capabilities to prevent hostile missile launches through delay, degradation, or denial of an enemy’s ability to launch threats. Active defense defeats an adversary’s aircraft or missiles after an attack is launched, which is the most common conceptualization of IAMD. Passive defenses use hardening (both physical and cyber) to boost survivability of aircraft, IAMD systems, munitions stockpiles, and shelters personnel, coupled with early warning about incoming attacks. This allows forces to avoid damage through dispersal with the US Air Force’s Agile Combat Employment (ACE) and the US Marine Corps’ Expeditionary Advanced Base Operations (EABO), minimize damage (through camouflage, concealment, and deception); and recover rapidly through runway and other repairs. Counterstrike capabilities are intended to limit or prevent attacks by degrading or eliminating adversary “shooters.” These “shooters” include ground-based missile forces, aircraft, ships, or submarines, all of which launch weapons that represent air and missile threats to Japan and US forces in Japan. To provide options against the growing array of threats, all four IAMD elements must be integrated both within and across the alliance for synergy and effectiveness.

Japan’s geography means that it cannot avoid confronting the growing array of PLA threats. Japan is near China’s doorstep with thousands of PLA missiles at the ready. However, more than any other US ally in the Indo-Pacific region, Japan has made significant progress with its IAMD capabilities. Japan’s integrated air and missile defense systems comprise capabilities from all three of Japan’s armed forces, including sea-based long-range missile defenses, airborne interceptor aircraft, and ground-based missile defenses, all of which are integrated into a single command and control battle management and communications (C2BMC) architecture coordinated by the Japanese Air Self-Defense Force (JASDF).

Even with these sophisticated capabilities against ballistic missiles, the Japan-US alliance needs to develop layered, comprehensive, and distributed IAMD concepts, especially focused on non-ballistic missile threats, including UAS, swarms of small UAS, and cruise missiles. Advances in critical technologiesespecially high-energy lasers (HELs) and high-powered microwaves (HPMs), guided projectiles, as well as electronic warfare (EW), and other non-kinetic capabilities across all the layers, promise to provide vastly enhanced magazine depth to engage and defeat large numbers of threats. These technologies could be fielded from Japanese advancements, as well as through the deployment of systems with these capabilities to US forces in Japan.

In response to the growing threat from China, the US and Japan should work on three major priorities to enhance alliance capabilities. First, the alliance should develop a new “Defend Tonight” approach by establishing a new Japan-US IAMD standing CJTF in Japan. Each of the military service branches for the US and Japan should move from stove-piped peace-time command structures toward a specific Japan-US combined command that comprises the units, organizations, and headquarters required for a standing, ready, and operational Japan- US IAMD capability for the defense of Japan and US forces in Japan. This new Japan-led standing CJTF should be focused on IAMD and its four critical elements. This “Defend Tonight” approach will also require a different mix of US personnel (eg more counterstrike, space, and IAMD personnel) in the main islands of Japan and changes to posture and presence, accompanied by regular exercises of integrated Japan-US IAMD systems and supporting capabilities.

Second, the alliance should upgrade the Bilateral Joint Operations Coordination Center (BJOCC) at Yokota Air Base into an alliance Combined All-Domain Operations Center (CADOC) that would include a Japan-US Missile Defense Command and Control Center. The development of a fully operational CADOC would provide the capability for command and control of both defensive operations and carefully calibrated counterstrike operations as appropriate. Using and fusing Japanese and US sensor data would provide both direct sensing and warning capabilities as well as access to over-the-horizon sensor data.

Third, the alliance should develop a “Fight Tonight” approach for Okinawa and the Southwest Islands and US forces in the second island chain, including Guam. Central to this approach is establishing a new standing Combined Joint Task Force (CJTF) for Okinawa with the necessary new standing All Domain Operations Centers (ADOCs, The new operations centers would share data in real-time with the CADOC at Yokota and other key command and control resources. This new US-led alliance CJTF model will require a different mix of personnel than are currently based in Okinawa and the Southwest Islands, with changes to the current force structure, laydown, and posture resiliency of all forces. This model could follow many of the critical principles and logic already seen in the South Korea-US alliance’s “Fight Tonight” construct with North Korea, but applied to the Japan-US alliance, with a primary focus on counterstrike or retaliation against attacks from China and North Korea, and critical scenarios in close geographic proximity (eg Taiwan or the East China Sea).

As early as 2016, CSIS recommended a maritime-focused CJTF, However, we believe this standing Japan-US CJTF needs to go beyond only the maritime domain to include all domains and focus on the defense of the geographic area. As a start, there could be combined standing coordination cells that can further mature and evolve more rapidly into full CJTFs during contingencies or wartime.

Historically, the United States has only accomplished modest goals toward integrating IAMD capabilities with allies. For the above-proposed initiatives, we assume that for now, under the current Japanese constitutional interpretations, the overall JSDF and US military command and control structures would remain parallel, while using the Alliance Coordination Mechanism (ACM). The ACM strengthens Japan-US alliance coordination in several areas (such as the BJOCC), but so far lacks deepened integration necessary for rapid response to future threats.

The Japan-US alliance has made steady and incremental progress toward preparing for future crises and contingencies. However, with the current and future threat advancement, preparing to go it alone on IAMD is not truly viable for either country. Therefore, concrete actions should be taken without delay, including substantive changes to the Japan-US alliance posture and presence for IAMD (including counterstrike) and other capabilities. These actions must focus on immediate steps to enhance comprehensive IAMD, C2, and other capabilities with Japan, which remains the United States’ most important and capable ally in the Indo-Pacific while living under the constant threat of PLA missiles,

The article is based on an upcoming monograph, titled “Strengthen the Phalanx: Layered, Comprehensive, and Distributed Integrated Air and Missile Defense in the Indo-Pacific,