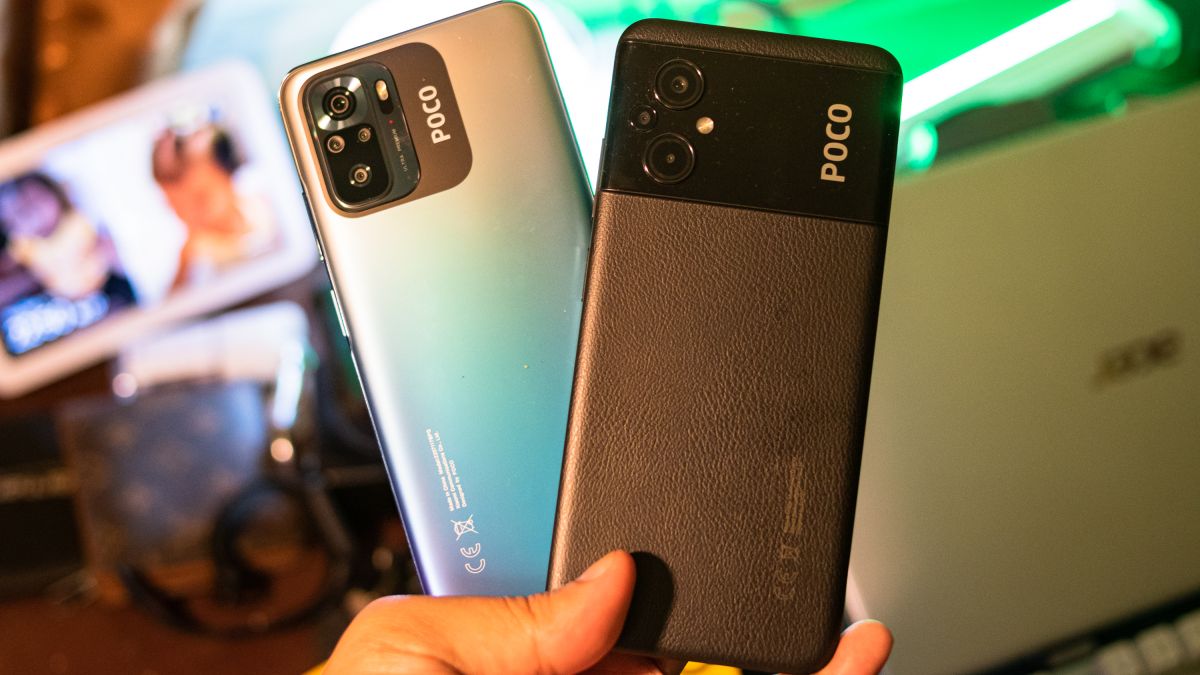 What you need to know

POCO began offering handsets with decent gaming specs at low prices in recent years after initially focusing on the mid-range segment, and its latest pair in the M lineup continues that tradition.

The Xiaomi sub-brand announced today the POCO M5 and POCO M5s, a duo with powerful enough specs that fit the bill if you’re into gaming and content creation. Both devices have their respective use cases, although POCO has cut some corners for each model to serve those purposes. Both phones will be available in Europe beginning September 6, with a starting price of €210 for the M5s and €190 for the regular model. However, unlike their predecessors, neither device supports 5G.

POCO’s more expensive model in the new series comes with an older chipset, MediaTek’s Helio G95. The processor is coupled with up to 6GB of RAM, which can be expanded to 8GB via a virtual RAM expansion feature. The M5s also has up to 128GB of internal storage that can be expanded via a microSD card slot to 1TB.

It has a 6.43-inch FullHD+ AMOLED display protected by Corning Gorilla Glass 3 and a DotDrop design (a common marketing spiel for a waterdrop notch). However, unlike the standard model, which has a refresh rate of up to 90Hz, its screen lacks smooth refresh rate capability.

What the phone lacks in terms of display, it makes up for with decent cameras. Its main shooter is a 64MP sensor that’s capable of recording 4K video. Rounding out the quad-camera setup are the 8MP ultra-wide-angle shooter and two 2MP macro/depth sensors. Selfies are handled by a 13MP front snapper.

The POCO M5, on the other hand, offers better experience if you care about performance. It is powered by a 6nm-based MediaTek Helio G99 SoC, paired with up to 6GB of RAM that’s also expandable to 8GB via virtual RAM. It comes with up to 128GB of internal storage, which can be expanded up to 1TB.

It features a 6.58-inch FullHD+ LCD screen with 90Hz of refresh rate and 240Hz of touch sampling rate. Depending on what you’re looking at, the screen can also switch between various refresh rates (30Hz, 60Hz, and 90Hz). Furthermore, the screen has 500 nits of brightness, so you won’t have to squint when looking at the phone in direct sunlight.

Like the M5s, the regular variant packs a 5,000mAh battery with support for 18W fast charging. That said, inside the box, it comes with a 22.5W charging brick.

The phone has decent camera specs as well, sans a 4K video recording capability. It features a 50MP main sensor and two 2MP depth/macro sensors. On the front, there’s a 5MP selfie shooter.

In terms of design, the POCO M5 has a faux leather fabric on the back panel that prevents fingerprint smudges. It has a unibody flat edge design that comes in black, green, and yellow. The M5s has a gradient back that’s available in gray, white, and blue color options.

POCO didn’t say whether its latest contender for the best Android phones under $300 are coming to the United States, but given its history of skipping the US market, it’s a safe bet they won’t. However, stay tuned for our upcoming review for a more in-depth look at both devices.