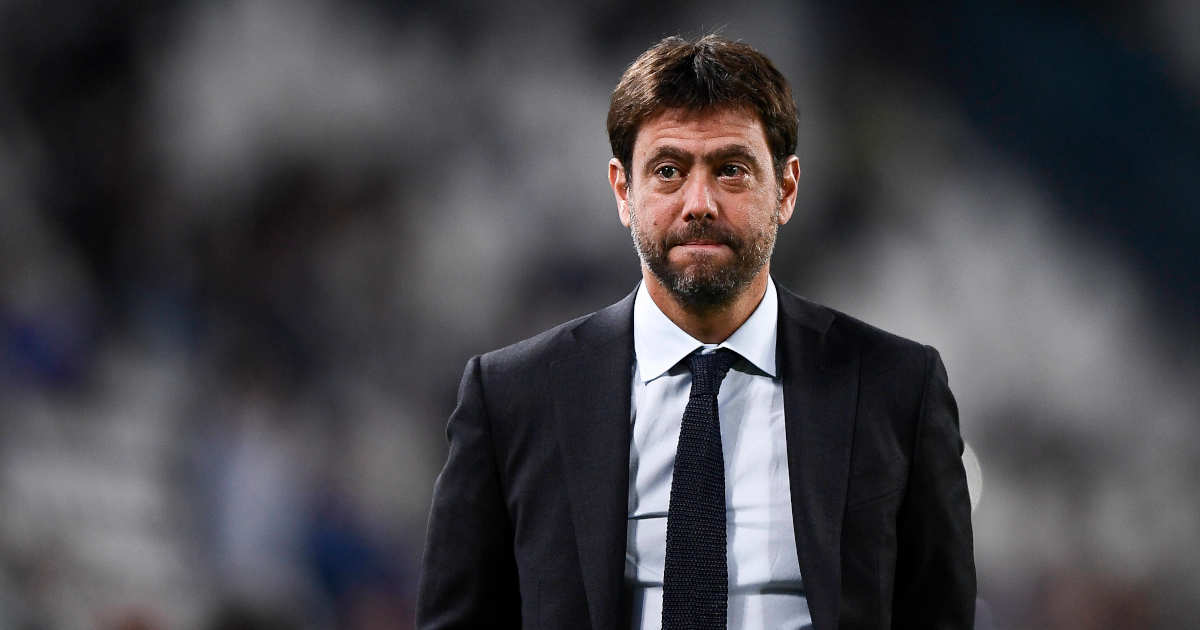 The European Super League is back in the news, but with the two sides involved both as bad as each other, will anyone look out for the fans?

The return of the European Super League should come as a surprise to no-one whatsoever. It never really went away. Extremely wealthy men aren’t used to not getting that they want on demand, and anybody who felt that the groundswell of anger might lead to any period of introspection rather than a vow to sue anybody who attempted to get in the way of their venal self -interest and deciding that no, it’s everybody else who’s wrong, was being hopelessly over-optimistic. After all, they reckon, who wouldn’t want to sit back and watch the currently fourth-best team in Italy play the third-best team (plus invitees, at their discretion) in perpetuity?

It’s worth remembering exactly who these clubs are. Barcelona, ​​a club so bloated on their own mythology that they believe themselves to have an automatic right to whichever players they want even though they’re comfortably more than a billion euros in debt. Real Madrid, driven so insane by their own hubris that they could only counter an astonishing £85m a year to Kylian Mbappe by saying that he’d be missing out on playing for European football’s ‘greatest football institution’ by not signing for them instead. Juventus, a club so MASSIVE that they once gave away 26,000 tickets for a must-win Champions League match against Werder Bremen, only to find that they were still almost 30,000 short of a sell-out crowd. That anybody should be listening to these clubs about the finances of the game is akin to Stockholm Syndrome.

Of course, those who oppose the European Super League have one significant problem, which is that UEFA are just as bad. Inequality runs rampant across European club football, with the Champions League group stages now resembling a slog of exhibition matches and the governing bodies’ promises of ‘reform’ amounting to even more matches and broken promises about not installing back doors to allow the biggest clubs in through co-efficients that inexplicably (outside of the context of maintaining an existing hegemony) reward previous success at the cost of recent achievement. And for all the fine talk about the ‘greater good of football’ that come from some voices within the game, there likely aren’t many clubs who wouldn’t throw their principles away to get their snouts parked at the golden trough.

Tensions rose again at the recent Financial Times Business of Football Summit in London, where it had been suggested that the second iteration of the European Super League might even be launched, but no announcement was made. This was no great surprise. Only a month after the announcement of the league in April 2021, the Madrid Commercial Court asked the Court of Justice of the EU for a preliminary ruling on whether FIFA and UEFA had breached competition law rules prohibiting the creation of the ESL, as well as whether those associations had the power to require prior authorization for the organization of alternative competitions.

Two months later, the ESL received backing from the same court in their dispute against UEFA’s decision to bring disciplinary proceedings against Barcelona, ​​Real Madrid and Juventus for a potential violation of its legal framework. In the court’s decision, the judge warned that UEFA’s actions were a ‘flagrant breach’ of the cautionary measures established in the previous injunction. UEFA were ordered to abandon their attempts to ban Real, Barcelona and Juventus from participating in competitions, as well as to annul the fines imposed on the clubs, including a 5% reduction of incomes and a €15m contribution to UEFA’s solidarity fund. Most importantly, from the point of view of the future of European club football, the judge also rejected UEFA’s requirement for the clubs to dismantle the ESL.

But the noise since May last year has not been one-way traffic in favor of the ESL clubs. At the end of November, sport ministers from all EU Member States expressed their views on the breakaway competition during their meeting within the EU’s Council on Education, Youth, Culture and Sport, adopting a resolution setting out details of the European Sport Model. They stressed the anti-competitive consequences that a ‘closed sport competitions could have on organized sport in Europe, such as fundamental change in the sport qualifying processes usually based on sporting merit’.

This resolution came as a blow to the ESL, as it undermined their original proposal that 75% of places in the ESL would be reserved for the founding members on a permanent basis, with the remaining 25% allocated via qualification. In response to this, the ESL announced that they had abandoned their plans for a closed model, stating that it ‘understands that fans and authorities alike want an open competition and a functioning sporting pyramid’, all of which seems somewhat ludicrous when we remember that it had only been a few months since they were advocating the exact opposite. But the ultimate fact remains; If the ESL clubs win their court case, football is likely to split in the same way that others, such as boxing, darts and rugby, have in the past. It is notable that, at present, Premier League clubs seem a little more likely to join than German clubs or PSG, though this could change, should the tide turn in favor of an ESL.

If there is one group of football ‘stakeholders’ who are notably missing from much of the above discussions, of course, it’s the fans themselves, because these power plays don’t concern the likes of them. Fans are merely expected to shut up, keep shelling out, turn up where and when they’re told to, and wave their flags when the cameras are on them. They made their voices heard in England, though whether the owners of the richest clubs will care about that, should a revised opportunity present itself, is open to debate. Change is coming. The appointment of an independent regulator with the powers recommended in the fan-led review could influence things differently in England, but in the rest of Europe, it seems unlikely that whatever is coming next will be to the benefit of the game as a whole, not matter who wins in court between UEFA and the European Super League.