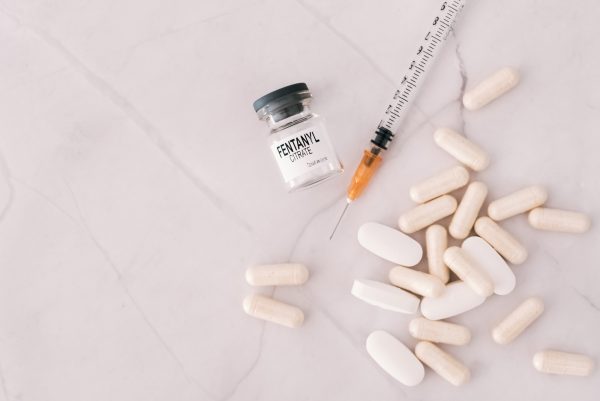 The United States is under siege by a silent, faceless killer – fentanyl.

Over 108,000 Americans died from drug overdoses in the last 12 months, according to to the US Centers for Disease Control and Prevention. Of these, nearly two-thirds involved fentanyl, an incredibly potent synthetic opioid more than 50 times more powerful than heroin. Fentanyl is now the leading cause of death for Americans aged 18 to 45, more than car accidents, firearms, and COVID-19, and is so widespread it has contributed to a sustained decrease in Americans’ life expectancy.

In Tehran, the opioid crisis supports the Mullahs’ claims of American decadence. In Moscow, it fuels Russian propaganda of a rival in decline. And in Beijing, it supports the need for a strong, centralized, autocratic system of government. China’s involvement in the synthetic drug trade is particularly worrisome and has raised questions about its complicity in the US opioid crisis.

Three years ago, an intense US diplomatic campaign led to China ban the production of illicit fentanyl, much of which was bound for the US drug market. Since that time, illicit fentanyl production has largely shifted from China to Mexico, where it is manufactured on an industrial scale using precursor chemicals imported from China.

While some have suggested Beijing is deliberately poisoning Americans, there is no evidence to suggest the Chinese government has sanctioned the transfer of precursor chemicals to Mexico as a matter of national policy. However, China – like Russia – is known to engage in “gray zone” activities designed to “thwart, destabilize, weaken, or attack an adversary, and are often tailored toward the vulnerabilities of the target state.” These unconventional tactics fall short of traditional armed conflict but can be just as harmful.

It’s unlikely the opioid crisis is part of some grand Chinese hybrid campaign against the United States, but the sale of precursor chemicals – and the illicit funds derived from it – has helped buttress China’s economy at a time when it has struggled to recover from the COVID-19 pandemic and the associated lockdowns. The global drug trade remains a multi-billion-dollar business, and China’s supply of precursor chemicals represents a sizable piece of the illlicit pie.

And with tempers again flaring across the Taiwan strait, the opioid crisis has also become a political bargaining chip for the Chinese government. Last month, China suspended all counterdrug cooperation with the United States to protest US congressional visits to Taiwan, insisting “The consequences of undermining bilateral relations and damaging China-US counternarcotics cooperation should be fully borne by the US side.”

All told, China has a little incentive to help stop the flow of drugs to the United States. But that should not stop Washington from trying.

The Biden administration must once again persuade Beijing to clamp down on Chinese chemical companies and be prepared to take real, biting action commensurate to the threat. This includes a renewed diplomatic push to control precursor chemicals, along with targeted sanctions, indictments, and designations against chemical companies and their affiliates. Meanwhile, the Department of Defense should commit more resources to Joint Interagency Task Force – West, the Department’s executive agent for counterdrug activities in the Indo Pacific, to detect, monitor, and interdict suspicious chemical shipments before they reach their destination.

The US must also take steps to illuminate China’s role in the drug trade and push back on Beijing’s attempts to downplay its involvement. Last year, for example, the Chinese Embassy in Washington, DC falsely claimed that “China has not found any scheduled precursor chemicals trafficked to Mexico or received any notification from the Mexican side about seizing scheduled chemicals originating from China.” The US and its allies have used selective declassification of intelligence and other innovative tactics to short-circuit Russia’s disinformation campaign during the war in Ukraine. Washington should consider how to use these tools to combat other threats.

The United States should likewise leverage its capabilities in the cyber domain to disrupt the online sale of precursor chemicals. Although Chinese criminal networks are known to operate in Mexico where they can negotiate the sale export of precursor chemicals in-person, many of these transactions still take place through e-commerce websites, online marketplaces, and social media and are ripe for targeting and disruption.

Relations between the US and China remain fraught, and temptation exists on both sides to press every advantage. However, as leading members of the international community, both countries must find a way to work together on issues of mutual interest, including drug trafficking. China has long considered itself a champion of counterdrug efforts, and of all countries should know how damaging opioids can be.

As the principal supplier of precursor chemicals to Mexican cartels, China has an opportunity to help stem the flow of deadly drugs to the US and prove it is a responsible member of the international community. If it doesn’t, the US must use all the instruments of national power to ensure the safety and security of the American people.

Yes, the US has an opioid problem, but it also has a China problem.