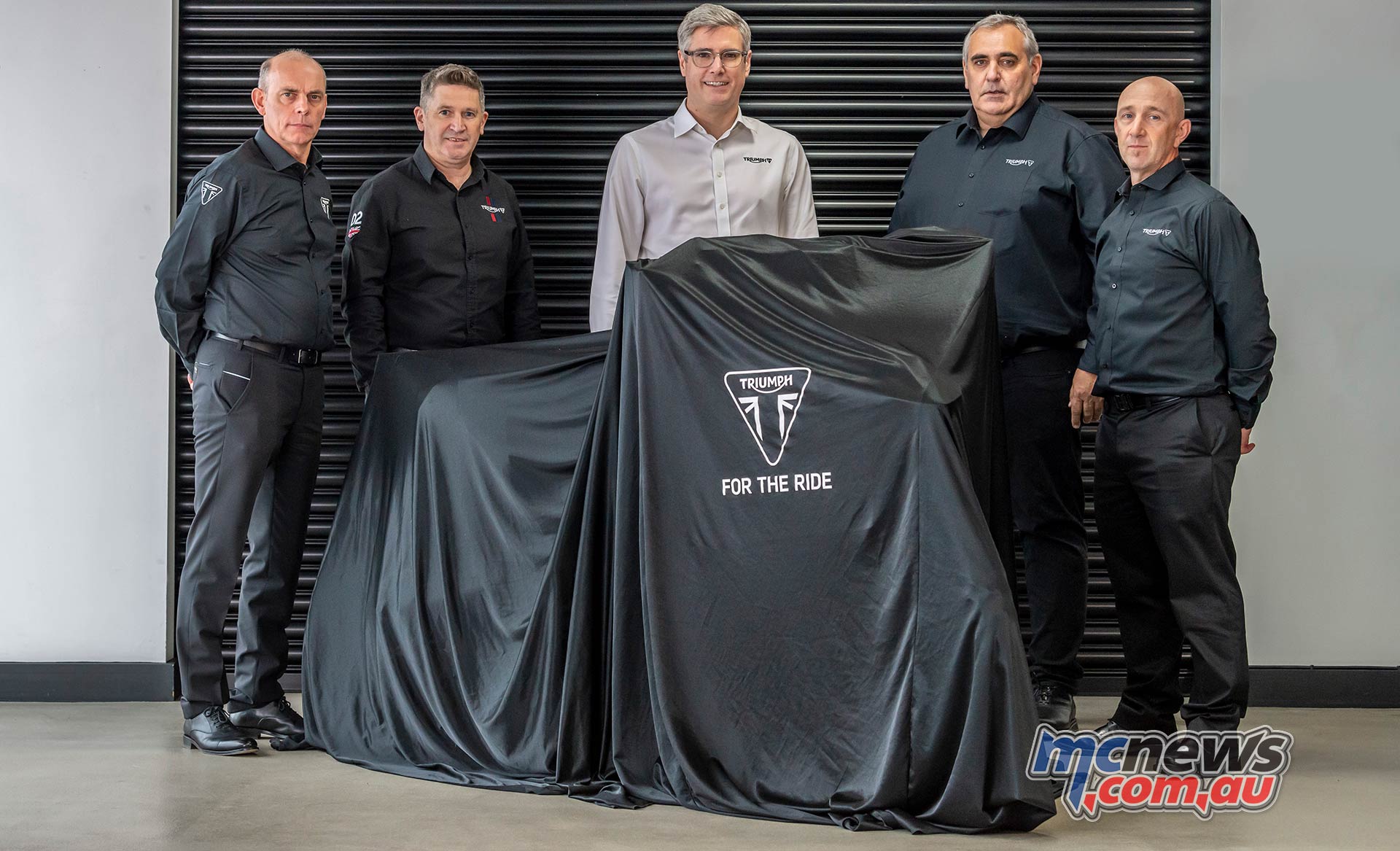 Triumph Motorcycles confirms plans to compete in the prestigious FIM Motocross World Championship in 2024, with a factory-supported race program under an all-new Triumph Racing banner.

This landmark new Triumph Racing Team has been set-up in partnership with Thierry Chizat-Suzzoni, one of the sport’s most experienced and successful team owners, who will field two of Triumph’s all-new 250cc 4-stroke MX bikes in the 2024 MX2 class and will add an entry into the 450cc MXGP class in 2025.

,Our new partnership with Thierry demonstrates Triumph’s long-term commitment to competing at the highest levels of racing. We share a passion for delivering world-class performance, and the experience Thierry and his team bring will prove invaluable in our ambition to make our mark on a very competitive championship. Our entry into the FIM Motocross World Championship with a Factory supported Triumph Racing team signifies a landmark moment at the beginning of our new top-tier off-road racing campaign,

Under the new Triumph Racing banner, which will now cover all of Triumph’s racing-related activities including Moto2 and Supersport racing, the partnership between Triumph and Thierry will encompass his well-established and highly successful team structure and facilities.

Further underpinning the ambition and commitment to win central to this new partnership, Triumph is also pleased to announce that his long-standing Team Manager, Vincent Bereni, will continue leading the team with a full crew of highly experienced technical staff all focused on bringing Triumph to the pinnacle of motocross racing performance.

The new long-term partnership between Triumph and Thierry reflects a shared goal and commitment to build depth and success into Triumph Racing’s approach to competition.

,Triumph have made a major commitment to build an MX bike and go racing in the FIM World Motocross Championship. I am happy that my team is going to be the official Triumph Racing Team in MX2 and MXGP. Nick Bloor and the Triumph Board of Directors have made their long-term ambitions for the project very clear and I see a huge amount of passion from everyone at the Factory. I am happy with progress on the bike, it looks great, has speed on the track and Vincent and my staff are working with the engineers at Hinckley on building it into a competitive package for entry into the MX2 Championship in 2024. MXGP continues to grow around the world, I am very happy to be back and looking forward to going racing with Triumph,

As a part of Triumph Racing’s portfolio of commitments, Thierry and Vincent’s team will focus on the FIM Motocross World Championship – in MX2 and MXGP, together with development of technology and talent to build Triumph’s future strength in international motocross racing.

Thierry and Vincent’s past racing record speaks for itself – with over 80 MXGP World Championship victories and a huge reputation for technical and preparation excellence.

,I’m really excited about today’s news. It’s been a long time coming. Since the start of this project with Triumph, I have been amazed at just how hard everyone has been working. It must not go without mentioning, the whole R&D and engineering group that have been a part of the development of the motorcycles have done an absolutely incredible job. From the first stages of the prototypes, I was really taken back at how well the performance was, since then, being in the UK testing the newest developments, I can tell you that it has the capabilities of winning at the highest level and I personally believe the riders, from professional to amateur, across the entire range of off-road models, will really like what has been developed,

Backed by Triumph’s in-house motocross design engineering department, which is responsible for the concept and development of its all-new MX and Enduro motorcycle range, Triumph Racing is committed to building its resources and performance capability with world-class knowledge and experience.

Triumph Racing is based at Triumph’s Global Headquarters in Hinckley, UK, where the brand’s research, design, engineering development and prototype build are located, and the Motocross World Championship team will be based at Thierry’s race facility near Eindhoven in Holland, where race team personnel , operations and competition development will be housed.

Engineering groups at the Triumph factory and the race team are working closely together on continuously enhancing chassis and engine performance through an intensive testing schedule underway in the US, UK and mainland Europe, building towards the first MX2 Grand Prix of the 2024 FIM Motocross World Championship .

Testing of the new Triumph motocross and enduro bikes is well underway and information on the specifications, performance characteristics and components of each model will be released in due course, along with more news on Triumph Racing’s entry into further top-tier Championships and categories.

,It is great news! Probably one of the most important in recent years. Infront Moto Racing will welcome a new manufacturer in the MX2 and MXGP World Championship. We are talking about one of the most emblematic motorcycle brands in the world.

“Triumph will join our championship from 2024 with a full program in MX2 and MXGP categories. This is a very important announcement and is a fantastic sign about the interest and the importance of MXGP in the international motorsport scene.

“During the last 20 years, MXGP has been growing and has established globally. With an average of 19 events per year, it gives the best platform for manufacturers to develop their bikes, components and to advertise them worldwide. From Asia to South America, going through Europe, MXGP is covering all the different markets and is touching most of the off-road fans in the world.

“It is with a great pride and excitement that we welcome Triumph to MXGP and we wish them a lot of success in the years to come and a great competition with the other Factory Teams already present!,