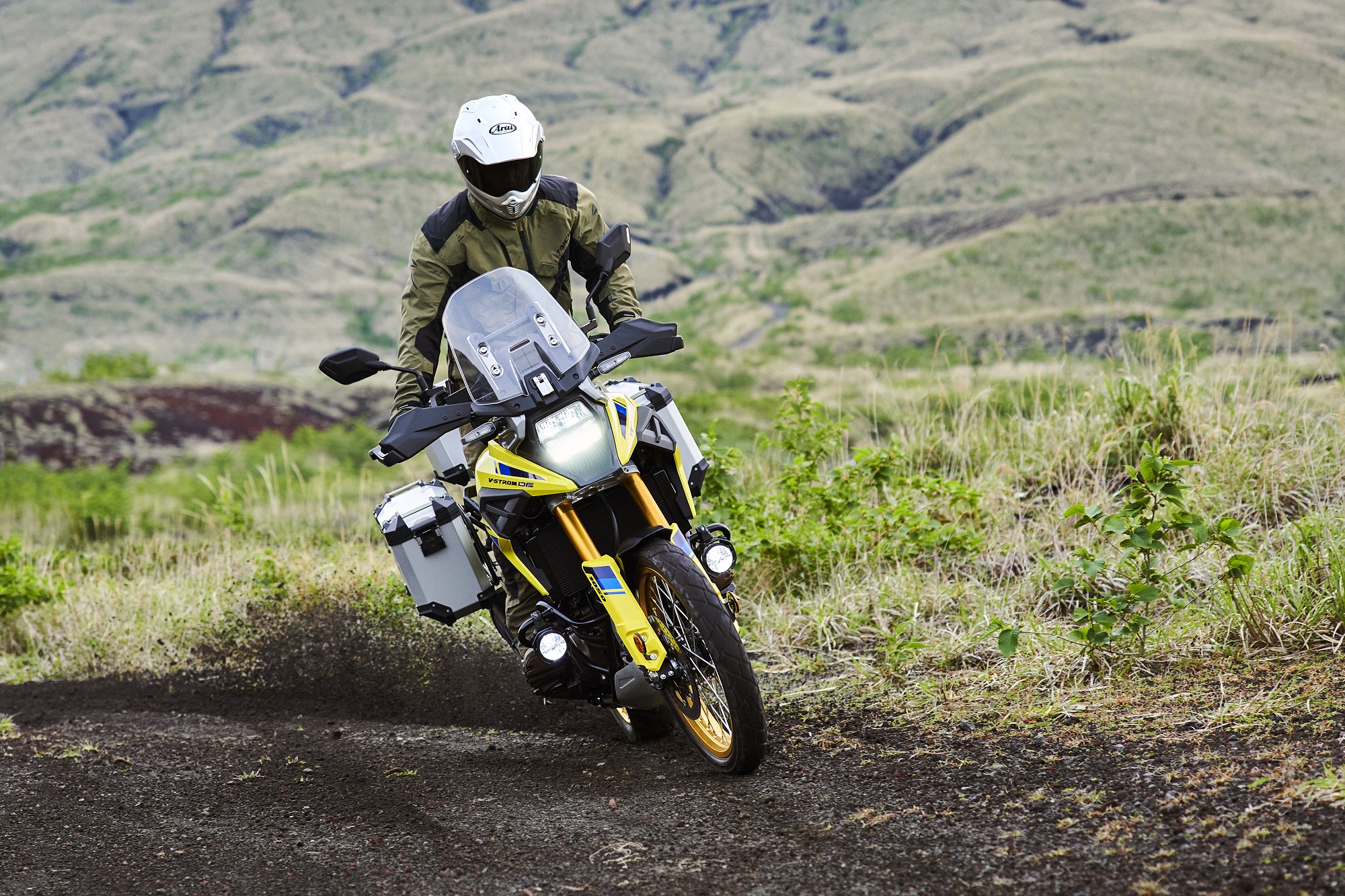 THE adventure motorcycle sector gains a new alumnus in the form of the 2023 Suzuki V-Strom 1050DE. The bike continues the V-Strom theme for this year, now with added off-road ability!

Looking outwardly much the same as the previous generation Suzuki V-Strom 1050, most of the updates for the 2023 DE version center around the electronics and suspension of the newly announced machine. Much of the work done is to bolster the bike’s off-road ability, with tweaks to the suspension, chassis and electronics helping to do this.

First up, the new DE features more suspension travel at the front (170mm instead of 160mm) and rear (169mm instead of 160mm). The extra travel has helped to increase the bike’s ground clearance also, raising the bike from 165mm in stock trim to 190mm in this new DE guise. The new bike now also gains an extra Gravel traction control setting, taking the total number to four and off, and it also gives riders the ability to disable the machine’s rear ABS altogether.

The chassis of the bike is also revised, with the seat on the DE losing its adjustability and gaining steel footpegs over the standard bike’s aluminum items. It also gains a more off-road biased 21” front wheel, something that should make the V-Strom a much more capable machine to ride on the dirt. A quickshifter is standard fitment on the DE, along with an aluminum sump guard, engine bars and 40mm wider tapered handlebars.

The electronics of the new bike are also upgraded, with a new TFT dash being installed along with an IMU to govern both the ABS and traction control systems of the bike.

For more information on this new model, head to: bikes.suzuki.co.uk