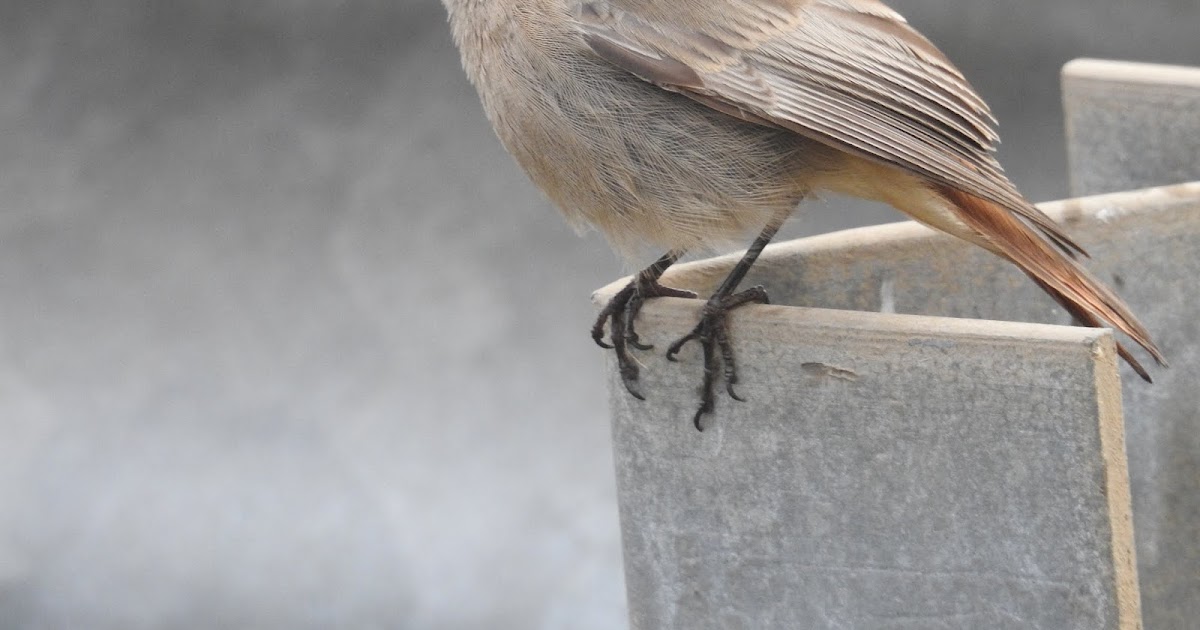 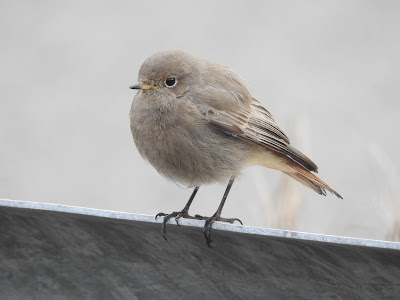 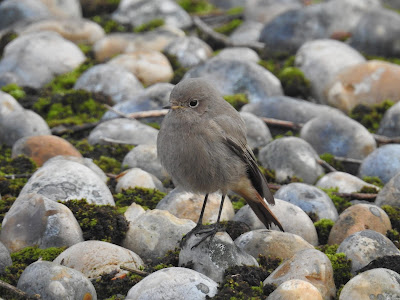 Lockdown is miserable but necessary. Walks are local, so notable birds are thin on the ground. But news via Twitter of a black redstart in Pontypool that was just over a mile from my home had me considering a different route from my regular walk.

In a way it was refreshing to connect with a black redstart that was more accessible. Most of the few that I’d seen previously were roof top individuals and the only value in taking photographs were for record shots. This one was different.

On arrival at the roadside location – a busy traffic light intersection – two birders were already present. Complete with collective binoculars and camera we were receiving some bemused looks from passers by. The bird itself had taken up residence on a small area of ​​cobbled gray infrastructure between a cycleway and the main Pontypool to Blaenavon road. To my amazement the bird was feeding at ground level hopping between the cobbles, occasionally alighting on the roadside crash barriers feet from moving traffic. There was at least one instance of the bird flying low across an adjacent road seemingly timed to coincide with the traffic lights turning red.