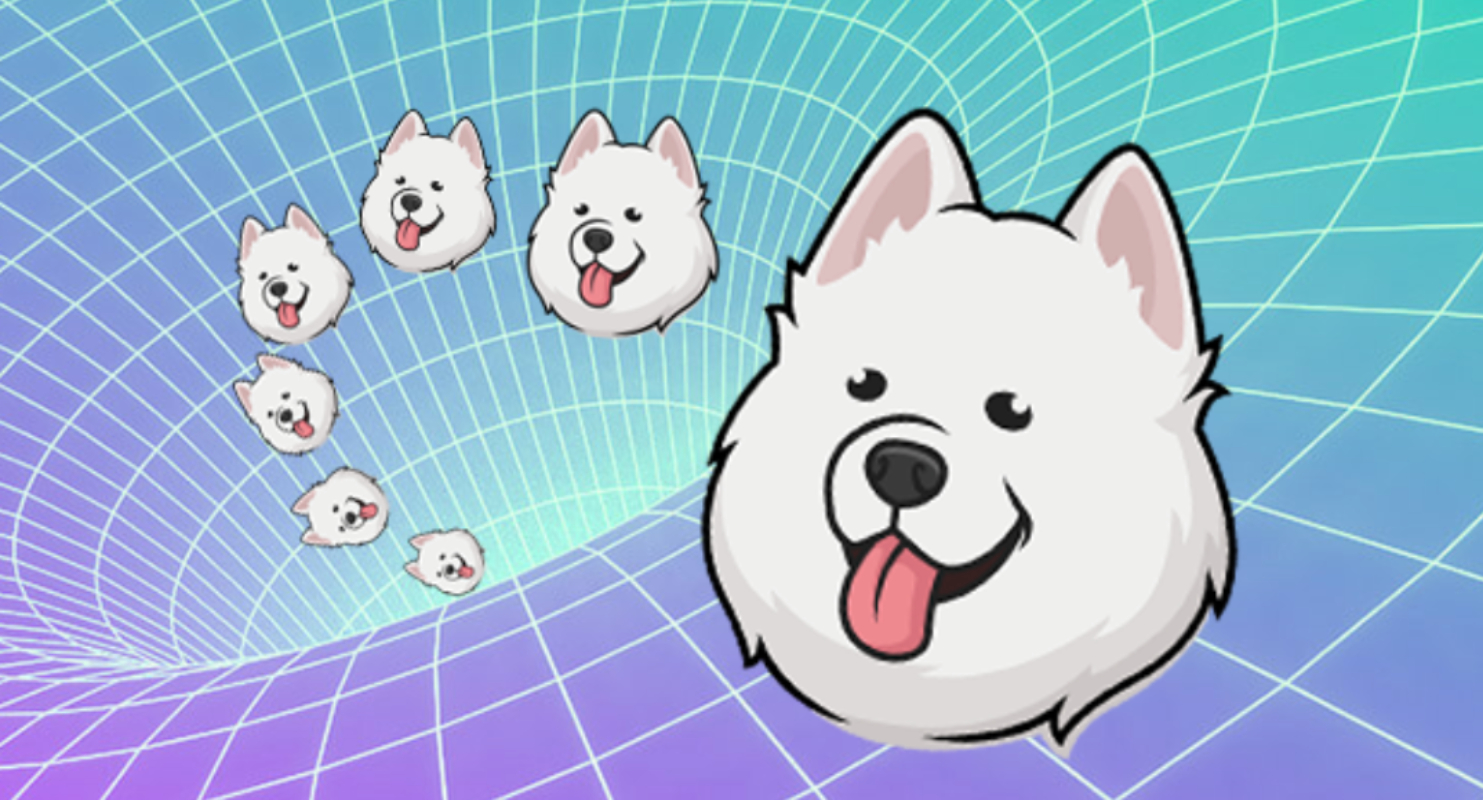 SAMOYEDCOIN launched in 2021 on a mission to rapidly increase the adoption of the Solana blockchain.

But will Samoyedcoin ever reach $1?

Samoyedcoin (SAMO) is a meme coin built on the Solana blockchain.

The samoyed or самоед is a breed of dog originally from Eastern Europe – the same place as Solana’s co-founder Anatoly Yakovenko.

Samoyedcoin was inspired by Dogecoin, Sam Bankman-Fried, CEO of FTX, and Anatoly Yakovenko, co-founder of Solana.

It has all the upsides of Solana’s blockchain including high scalability, high speed and low fees but its main aim is to grow awareness for the Solana ecosystem as the token has very little utility.

Samoyedcoin has a unique method of verifying transactions that combines proof of stake with Solana’s own system, proof of history meaning SAMO is the most efficient meme coin.

Each transaction costs $0.0005 and they take roughly 0.8 seconds to process.

This makes it significantly cheaper and faster than Dogecoin where a transaction costs between $0.10 to $0.30 and can take 60 seconds.

Samoyedcoin is also much cheaper than Shiba Inu, which is built on the Ethereum blockchain.

Ethereum is often congested meaning transaction fees are typically between $5 and $30.

Solana has developed a reputation, however, for being unreliable when faced with an unexpected amount of transactions.

The blockchain averaged one network outage per month during the first five months of 2022, causing the price to plummet.

Having said that, Solana is still yet to declare its moved from a beta release to a final production version and the code fixes required by the failures have made the network more resilient.

But, we still don’t know if the network will be able to cope with a high transaction load.

AD: If you click on the link below, we may earn affiliate revenue.

The founders of Samoyedcoin haven’t released their identities and go by the pseudonyms SMSL and Hot Onion.

The pair learned about Solana in early 2021, and launched SAMO in April 2021, starting with an air drop of 1 million tokens to 2,000 community members.

Samoyedcoin was created with a maximum supply of 14 billion SAMO tokens.

The founders are still the project’s core team members, but have since added a team lead, a team co-lead, and a marketing lead.

How to buy Samoyedcoin

Samoyedcoin isnt available to purchase on most well-known cryptocurrency exchanges.

You can buy Samoyedcoin, however, from Kraken, Gate.io, OKX (not available for US investors).

How can I make passive income from Samoyedcoin?

You can make passive income with Samoyedcoin through decentralized crypto exchanges such as Tulip, Orca, Cropper, and Raydium.

For example, if a liquidity pool contains Samoyedcoin and Ethereum, you can deposit an equal amount of SAMO tokens and ETH.

With both options, you will earn a passive income based on the amount you’ve deposited.

It’s worth noting that passive income is different with cryptocurrencies than with cash.

If the value of Samoyedcoin drops for example, you can still lose money even after taking your passive income into account.

How risky is investing in cryptocurrency?

Cryptocurrencies have proven to be extremely volatile.

If you are willing to take the risk by investing in a cryptocurrency, make sure you understand what you are investing in and do your own research.