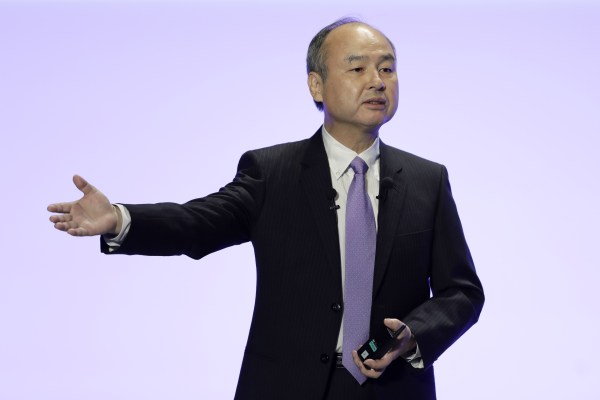 To get a roundup of TechCrunch’s biggest and most important stories delivered to your inbox every day at 3 pm PDT, subscribe here,

Hey, folks! A quick word on pitching. If you are starting your fundraising journey, apply to be part of the 2-minute life pitch practice on our TechCrunch Live series, If you’ve already raised some money, Haje is always on the lookout for pitch decks to feature as part of his Pitch Deck Teardown series on TechCrunch+. There’s more info about how to submit your deck here. If you have more questions about either, email Haje, and he may be able to help! ,Christine and Haje

PS. Both of us wrote guides to what we write about — here’s Christine’s and Haje’s, respectively. Both documents include our email addresses so you can whisper sweet nothings (ie, press releases) into our electronic ears.

We had so many incredible things get published over the weekend, it’s hard to choose what to feature in this here Ye Olde Letter of Neues.

We loved today’s Equity podcast, “How to lose money, SoftBank edition.” Rebecca‘s transportation and mobility roundup, the Station, was particularly good too, breaking down what is happening in the land of micromobility and much more. (Also, her update from earlier in the week had a lot more Cybertruck earnings call info.)

The collapse of Three Arrows Capital and the counterparties wrapped in the crypto hedge fund’s troubles have drawn questions about the soundness of the heady digital asset investment space. For the industry’s survivors, watching their rivals fall to pieces overnight has been an alarming experience. Bitmain’s co-founder welcomes crypto regulation to help stabilize things, Rita reports.

3 ways to optimize SaaS sales in a downturn

“In a downturn, money saved is worth even more than money earned,” which means SaaS sales strategies should shift from driving growth to helping customers conserve their resources, writes Sahil Mansuri, CEO of Bravado.

“If you can frame your product as a way to boost revenue or cut costs, people will find a budget.”

Mansuri, who started out in software sales during the Great Recession, shares multiple strategies SaaS startups can use to “tailor your approach, show prospects unexpected opportunities and focus on the money.”

(TechCrunch+ is our membership program, which helps founders and startup teams get ahead. You can sign up here,

Google is taking Sonos to court again over patent infringement. Ivan writes that two new lawsuits “center around various patents involving keyword detection, charging using ‘technologies invented by Google’ and determining what speaker from a group should respond to the keyword.” Both companies have already won against each other in previous lawsuits, so we’ll see with whom the court sides with this time.

Get ready for more in-car advertising if you frequent Lyft. The ride-hailing company has created a new digital advertising business, called Lyft Media, that will put infotainment in cars and promises some of that ad revenue will go to drivers, Jaclyn reports.