Xiaomi is planning to announce yet another high-end device, the Xiaomi 12T Pro. This handset has just appeared on the Google Play Consolerevealing some of its specifications.

The device will be fueled by the Snapdragon 8+ Gen 1 SoC. That is the best SoC Qualcomm has to offer at the moment, and one of the best in the market in general.

The listing also reveals that Android 12 will come pre-installed on the device, you can expect to see Xiaomi’s MIUI 13 installed on Google’s operating system, though.

This will probably be a repackaged Redmi K50 Ultra, to a degree

That’s basically all the information that got shared here. We do suspect this device is just a repackaged Redmi K50 Ultra, though. If that is the case, we can guess the rest of its specifications.

The phone will likely feature a 6.67-inch AMOLED display with a 120Hz refresh rate. An optical in-display fingerprint scanner will also be included, as will Dolby Vision support. A 20-megapixel selfie camera could be included.

A 200-megapixel main camera (Samsung’s HP1 sensor) is expected, even though the Redmi K50 Ultra includes a 108-megapixel camera. An 8-megapixel ultrawide camera, and a 2-megapixel macro camera are also believed to be included.

A 5,000mAh battery is expected, as well as 120W fast charging support

A 5,000mAh battery will power the device, and the phone will support 120W fast wired charging. The 12GB RAM model of the device will likely ship with 256GB of storage. We may see more flavors being on offer, though.

When will this phone launch? Well, considering that it ended up on the Google Play Console, it’ll likely arrive soon. This phone will be a high-end device, but not technically the company’s new flagship.

How come? Well, the Xiaomi 12S Ultra is out there, and that device is the king of the castle for the company. It is not globally available, though, at least not yet. 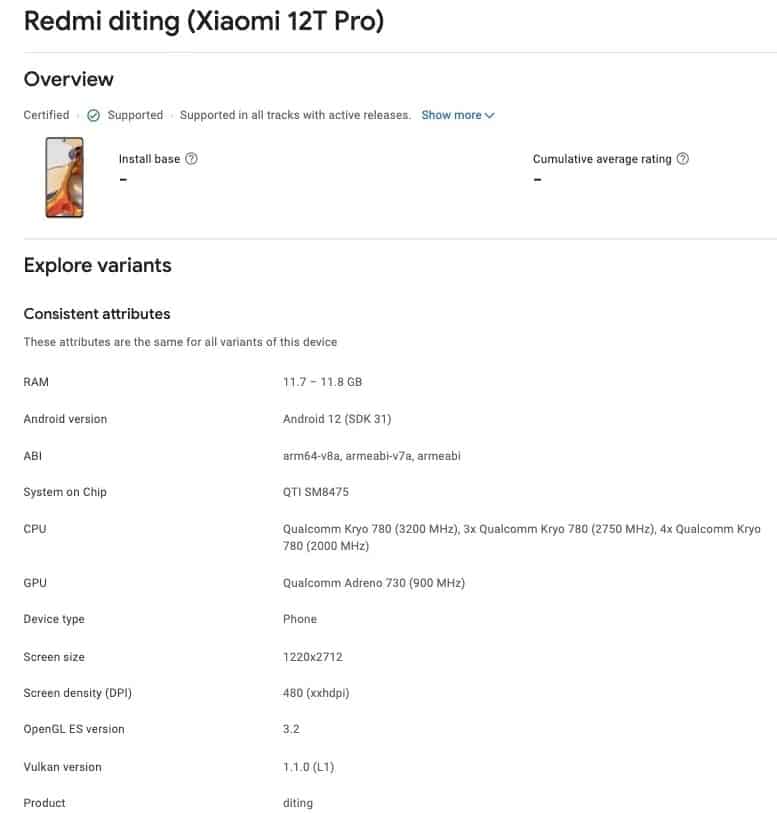