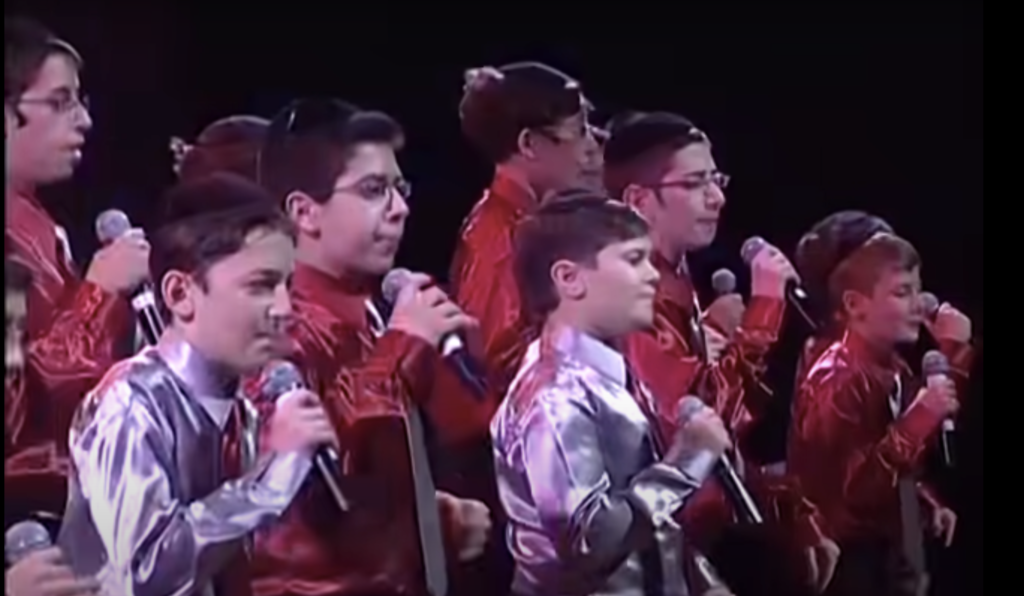 A video of the Miami Boys Choir singing ‘Yerushalayim’ has taken over TikTok and bringing joy to everyone’s lives. Now, fans are fighting over the soloists to share the love.

A video which is over ten years old has been watched by millions on TikTok. Racking up over four million views, the viral video sees the Miami Boys Choir singing an energetic version of ‘Yerushalayim’. Four soloists, in particular, are capturing fans’ hearts.

What is the video?

The video, uploaded by the group’s composer, sees the choir performing at a concert over a decade ago. The four soloists, Yoshi Bender, C. Abromowitz, David Hershkowitz and Binyomin Abramowitz take their turns to passionately sing their sections.

The song itself is from Psalms and the open-and-closing hand action is the boys miming the hills surrounding Jerusalem. The other dance moves however are all their own creative genius.

Yerachmiel Begun, the composer and poster of the video, said that these four boys ‘ushered big changes’ for the choir. He also said that the boys were the ‘beginning of the Gen-Z generation of MBC’s worldwide fans and followers.’

Whilst Yerachmiel thought the Miami Boys Choir had worldwide fans before, the uploading of the video has escalated that even further.

The video now has almost 10,000 comments, with fans arguing over who is the best or most underrated soloist.

‘okay but yoshi is so underated!!’ one commented, with others suggesting that ‘Abromowitz [is] going criminally underrated in these comments tbh’

It even seems that not understanding a word of the song isnt a hurdle for most fans.

‘Not sure what the songs about… but it slaps’

‘Holy moly this song is so catchy even tho I’ve got no clue what they’re saying! David and Binyomin went hard’

Some are even planning on using the video to trick their own children. Though the generational differences over their favorite bands are pretty obvious.

No matter who our favorites are, or if they’re the new One Direction or Backstreet Boys, there is one thing lots of fans can agree on…

‘What anime is this from?’

The viral video’s sound now has over 1500 videos featuring it on TikTok. Most, are ranking the four vocalists, with David’s powerful pipes usually taking the top stop. Others are sharing the joy by showing friends who have been naively unaware of what they were missing out on.

Some fans are sending in audition tapes for either their own solos or even just backing dancers for the iconic boys.

One response in particular, with almost 350k likes of its own, is definitely the most popular…

Perhaps the name rings a bell, or the moves look familiar to you. That’s right, this is a duet from none other than THE David Hershkowitz of Miami Boys Choir fame!

Even all these years on, the legendary vocalists can still shake it to Yerushalayim and rival 1D and Backstreet Boys.

What’s even better, when one commenter asked about a reunion on the original video, the composer answered:

We’ll have to keep our fingers crossed!